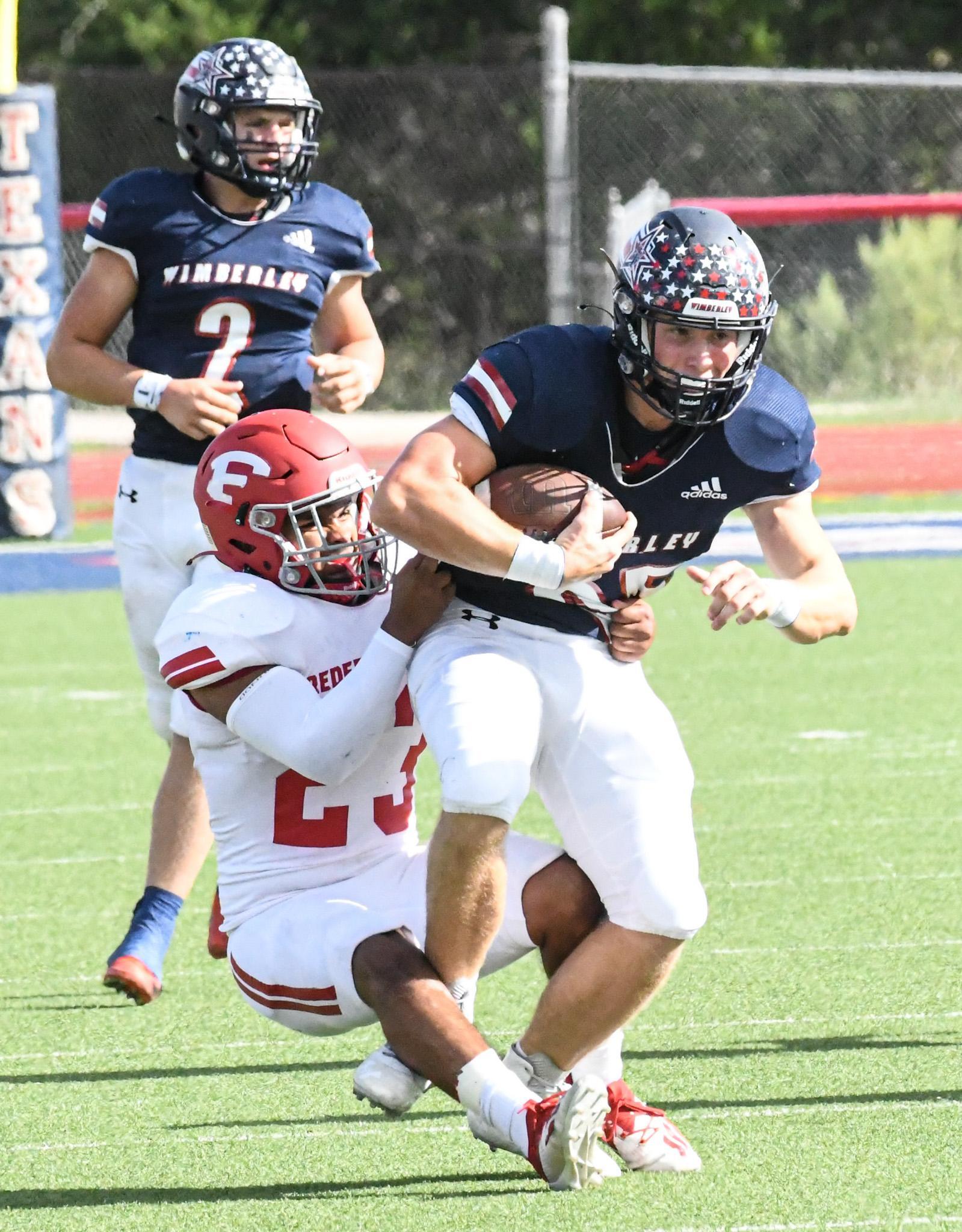 Wimberley defeated Fredericksburg, 17-14, on Saturday after a mishap where the referees didn’t show up forced the game to be postponed on Friday. Daily Record photo by Lance Winter

By the time kickoff was set, the Wimberley Texans and the Fredericksburg Battlin Billies were ready to smash each other in what is becoming a heated rivalry between the Hill Country communities.

With the fans packed on both sides, the bands playing their music, and the Friday Night Lights shining bright, everything was set for what should have been a great game that night.

Only there was one problem.

The referees for the game hadn’t shown up.

Due to a miscommunication between the school and the referees, the game was then moved to Saturday morning as the Texans knocked off the rival Billies in a thrilling 17-14 for Wimberley.

“We just didn’t have officials show up,” Warren said. “We tried to get them (officials) out here but most of them were scheduled that night. That’s what we tried first and it didn’t work out.” 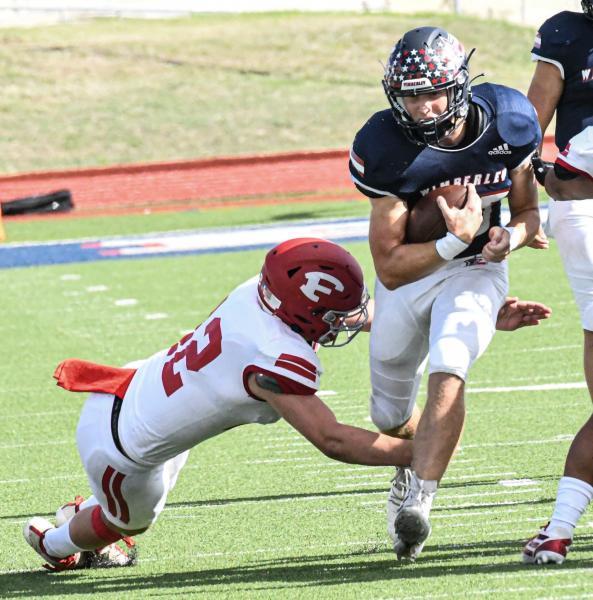 Then both schools tried a very unconventional method to make sure the game could be played that night.

Nabbing volunteers decked out in gray shirts, khaki shorts and blue jeans from both Fredericksburg and Wimberley to officiate the game.

But before the game was about to kick off with the said volunteer referee group, the UIL stepped in.

“We called in to the UIL,” Warren said. “Unfortunately to play a varsity football game, you need the use of sanctioned officials through the UIL and TASO. Since our volunteers were not sanctioned by TASO, the UIL said no.”

The call was then made to move the game the following morning.

“It was not an ideal situation,” Warren said. “But sometimes you have to deal with situations like these that throw a curveball at you. This was definitely one of them.”

With the wild game situation behind them, Wimberley will look to continue their undefeated streak as they travel to Lampasas to battle the Badgers.