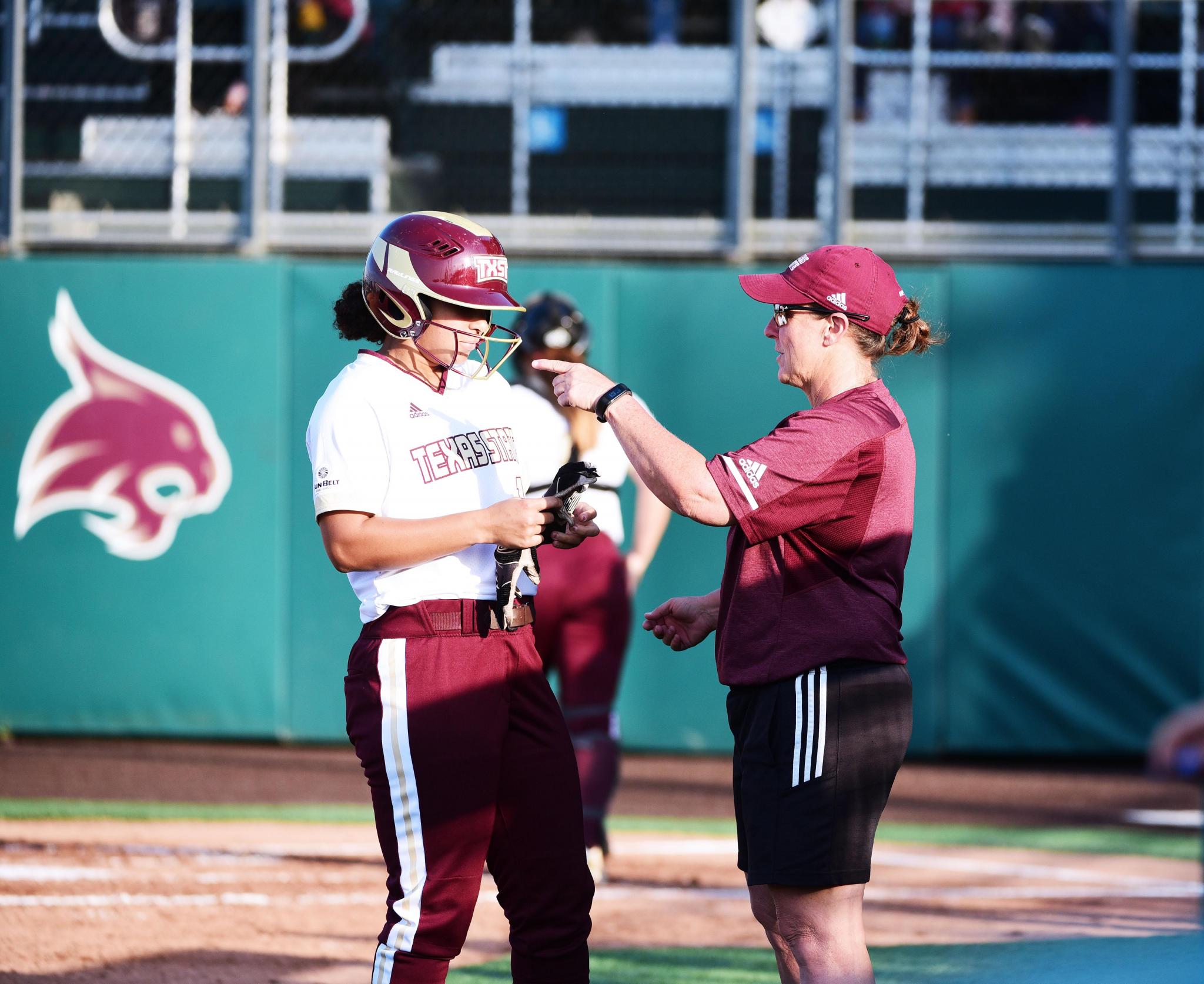 There are no secrets in the Sun Belt anymore.

The regular season came to a close on Saturday, meaning every team had played at least one series against every other team in the conference. Every school now has a feel for the competition; its strengths, weaknesses and tendencies.

The Sun Belt Conference Softball Championship will come down to who can execute the most on the field. Texas State head coach Ricci Woodard likes the No. 4-seeded Bobcats’ chances.

“Tournament play, you better bring out your best because it’s win or go home,” Woodard said. “You better play your best ball every chance you get.”

Texas State began the year struggling to find an identity. Woodard explained that it took a while for her players to establish themselves this season rather than leaning on the seniors of last year’s squad. From opening day on Feb. 7 to March 16, the Bobcats were 10-15. They were only halfway through the season, but nearly had the same number of losses as 2018’s team (43-16).

Something changed on March 17. Coming off a 3-1 loss at South Alabama the day before, Texas State swung for 10 hits to run-rule the Jaguars, 12-2, in five innings and take the series win.

The Bobcats went on to win the next eight games. They went 18-8 over the second half of the season and climbed to the No. 4 spot in the league standings, finishing at 28-23 overall and 16-10 in conference play.

“It’s been a roller coaster ride,” Woodard said. “Our goal was to be playing our best ball when we got to May and I think we show signs of that, still … I think that probably sums up the season, is that we just have been trying to find that consistency on all parts — pitching, hitting, defense, offense, all of it.”

Texas State swept the Warhawks (2-0, 2-1, 8-2) in Monroe, Louisiana on March 22-24. With a league-worst team ERA of 6.08, Louisiana-Monroe knows it has to rely on its bats to stay in games. The school ranks ninth in batting average (.236) and on-base percentage (.329), but rosters the No. 4 hitter in the conference in senior outfielder Sydney McKay (.397). Woodard knows the team still has potential to do damage in the tournament.

“Monroe is feisty and they put up a lot of numbers, offensively,” Woodard said. “So, we know if it’s them, you better come out swinging the bats and you better score a lot of runs.”

Appalachian State was a tougher opponent for the Bobcats. The maroon and gold took the first game of a doubleheader on April 5 inside Bobcat Softball Stadium, 2-0, but dropped the second, 2-1. The third game of the series was cancelled.

The Mountaineers are only slightly better than Louisiana-Monroe at the plate, as the No. 8 team in batting average (.245) and on-base percentage (.329). Their strength comes in the circle, though, placing third in ERA at 2.80. Junior right-handers Sydney Holland (12-8) and Kenzie Longanecker (14-7) lead the team as the No. 2 and No. 4 pitchers in the Sun Belt with ERAs of 2.01 and 2.39, respectively.

“There wasn’t a whole lot of offense for either one of us,” Woodard said of Texas State’s previous games against App State. “I don’t know if it was just the weekend or what. Those were more pitching duels than they were offensive duels.”

Woodard is now in her 18th season as head coach of Texas State and knows what she’s up against. She’s seen her players mature and believes that if they can stay focused, they can compete with anyone in the league.

“I don’t know if it matters who we’re playing at this point,” Woodard said. “The most exciting part for me is just to kind of see what we’re going to leave out on the ball field, from that opening tournament that we started here in February to now.

“I think that’s probably what this team’s learned to do the best, is ‘let’s just go play and see what happens.’ To me, that’s what competing’s all about.”