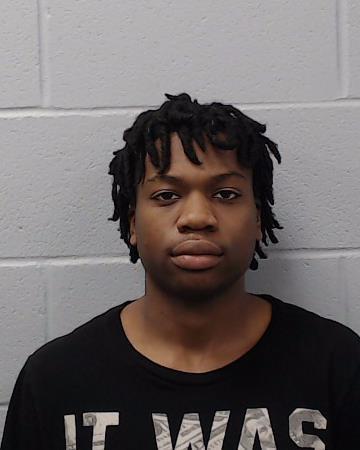 A San Marcos teenager turned himself on two counts of aggravated assault with a deadly weapon.

Octavius Garner, 17, flagged down a San Marcos Police Department officer on Tuesday, Feb. 16, and turned himself in on active warrants for the two counts of aggravated assault with a deadly weapon.

Following the incident, SMPD said officers found two gunshot victims when they arrived on scene. Officials said police found an 18-year-old man who sustained several gunshot wounds inside a parked car in front of a trailer. SMPD said officers found another 18-year-old man further down the street with a graze wound from a gunshot. SMPD said both victims were treated at Ascension Seton Hays hospital in Kyle. Officials said both gunshot victims were expected to survive.

SMPD said an initial investigation found that the victims were sitting inside the parked vehicle when an argument broke out with the suspect. Police said Garner proceeded to pull out a handgun and shot at the victims. Garner was seen running away from the Whispering Oaks community, SMPD said, adding that he was wearing a red-hooded sweatshirt. Prior to turning himself in, detectives believed he may have fled to Austin or Houston.

At the time of publication, Garner remains in the Hays County Jail on a $500,000 bond.