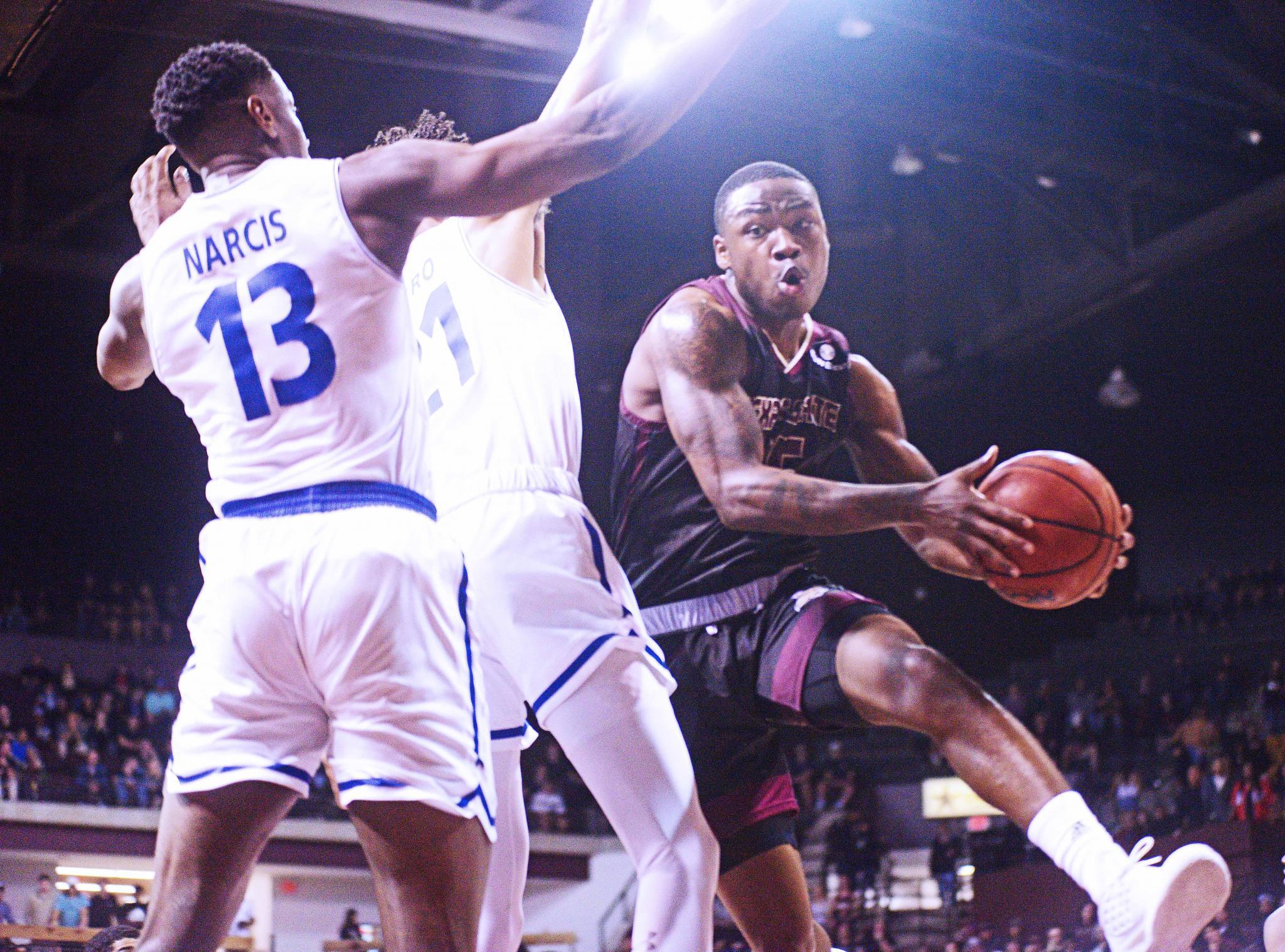 This story has been updated with additional information.

With all this going on, let’s talk about what I and other players dealt w playing 🏀 for Danny Kaspar at Texas State. Many asked why the starting PG on a 25 win, 1st place contender team would transfer before his senior szn.. well👇🏽 pic.twitter.com/Du2VSSOKMl

Shead transferred to Texas State in 2017 as a walk-on after leaving California Polytechnic State nine games into his sophomore year. The Pflugerville native sat out his first year with Texas State due to NCAA transfer rules, then started every game for the Bobcats during the 2018-19 season, helping the team to a 24-10 overall record and the highest win total in program history.

The point guard transferred to Washington State during the offseason, initially citing “better preparation” for the professional level as his reasoning for passing up on Kaspar’s offer of a scholarship for Shead’s senior season and a graduate assistantship for the year after. But Thursday evening, Shead revealed he had numerous other justifications.

“I spent two years at Texas State,” Shead said in his tweet. “For me, the experience was shocking. I could overlook the way Coach Kaspar treated players in most regards. I could overlook the lies he fed us to get us there and to keep us there. I could overlook the way he disregarded the rules and our health. But I could not turn away from the many racially insensitive things that were said to me and other teammates. I had never seen someone abuse their power in such a way before, especially someone who claimed he ‘cared about us.’ These things happened so much on a daily basis, we became numb as it was normal.

“His words were not only insensitive to the black community, but others as well. I chose to leave because I knew I’d eventually say something and I was afraid I wouldn’t be able to play anywhere or get a coaching job as I want to one day. But I am doing a disservice to those who come after. I watched as many people ignored or toned out his ways, but no more.”

Shead went on to list several examples in which he experienced Kaspar mistreating players through his words. For instance, when Shead was leading his teammates during a suicide running drill, Shead's teammates commented he was “moving fast.” Kaspar said Shead was “running like the cops are behind him.”

In another instance, a European teammate of Shead’s wasn’t doing well during a drill. Shead said that Kaspar stopped practice to tell the player that a lot of boosters and alumni for Texas State are supporters of President Donald Trump and that they would deport the player if he kept messing up.

“When we would be in the hallway and (Kaspar) heard us say the n word, he would tell us ‘if y’all say the n word that means I can say it,’” Shead wrote.

Shead added that in the handbook players were given every season, many of the team’s policies were targeted at black players. For example, Kaspar prohibited durags and earrings from being worn, put a limit on how long players were allowed to have their hair in twists or dreadlocks. Shead stated Kaspar’s reasoning was that it made the players look like “gangsters.”

The Daily Record has reached out to both Shead and Texas State for comment.

"I, and the entire Department of Athletics staff, take the concerns expressed by our former student-athletes very seriously.  At my request, the university has launched a formal investigation through the Office of Equal Opportunity and Title IX. It is our top priority to fully cooperate with the investigation.

"The Department of Athletics is committed to strengthening our university culture that values and supports diversity, equity and inclusion for our student-athletes, staff, and community"

Additionally, Rob Dauster of NBC Sports reported that Texas State was sued by another one of Kaspar's former players in 2013, Basil Brown II, for violating the Civil Rights Act regarding racial discrimination, Brown's right to due process and a claim breach of contract among other things. The Texas State University Board of Regents, Texas State University, University President Denise Trauth, Teis and Kaspar.

Brown claimed in the suit Kaspar told black teammates “you wouldn’t run from the cops in (their hometown) like that” on at least three separate occasions. During spring workouts in 2013, Brown was competing with a white teammate, Reid Koenen, during a drill. Kaspar “scolded” Brown for “taking advantage of the slow white boy.” On April 25, 2013, Kaspar informed Brown his scholarship was being revoked. Brown asked why he hadn't beat out Koenen or fellow teammate Darius Richardson and was told “well Reid is a slow white boy and I'm not going to fault him for that and Darius is injured.”

Brown's alleges Texas State did not handle his dismissal through the correct NCAA procedures and that “race (was)a determining factor” in giving out scholarships. The lawsuit was later dismissed because it was “too speculative to show that Kaspar removed Brown from the team because he was black.”

In a phone interview with the Daily Record, Peacock discussed his support of Shead, his own experiences at Texas State and his relationship with Kaspar.