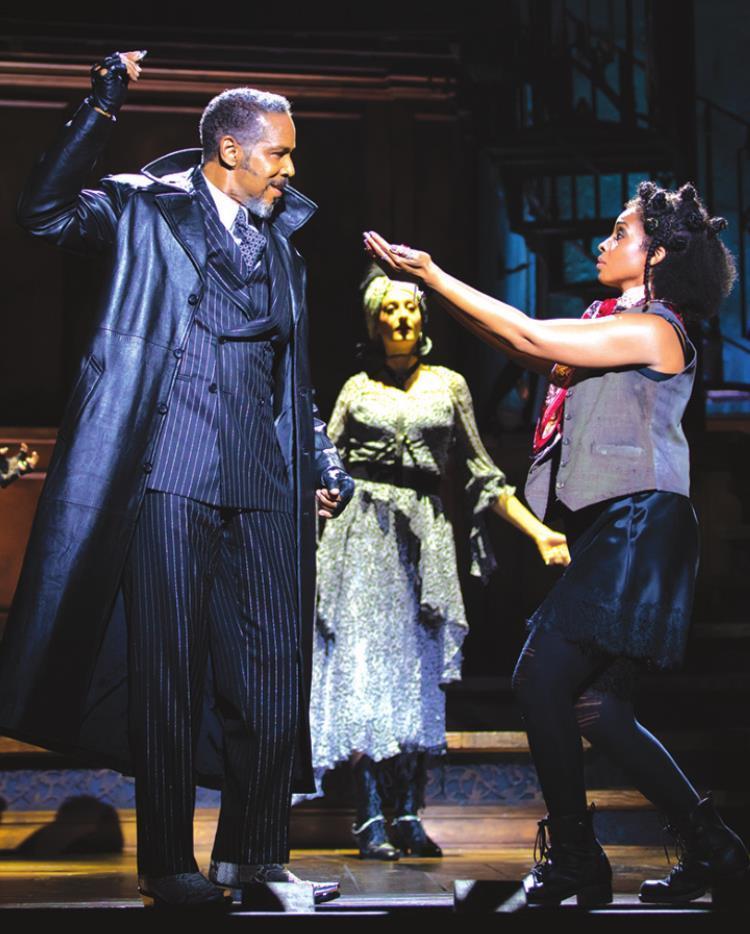 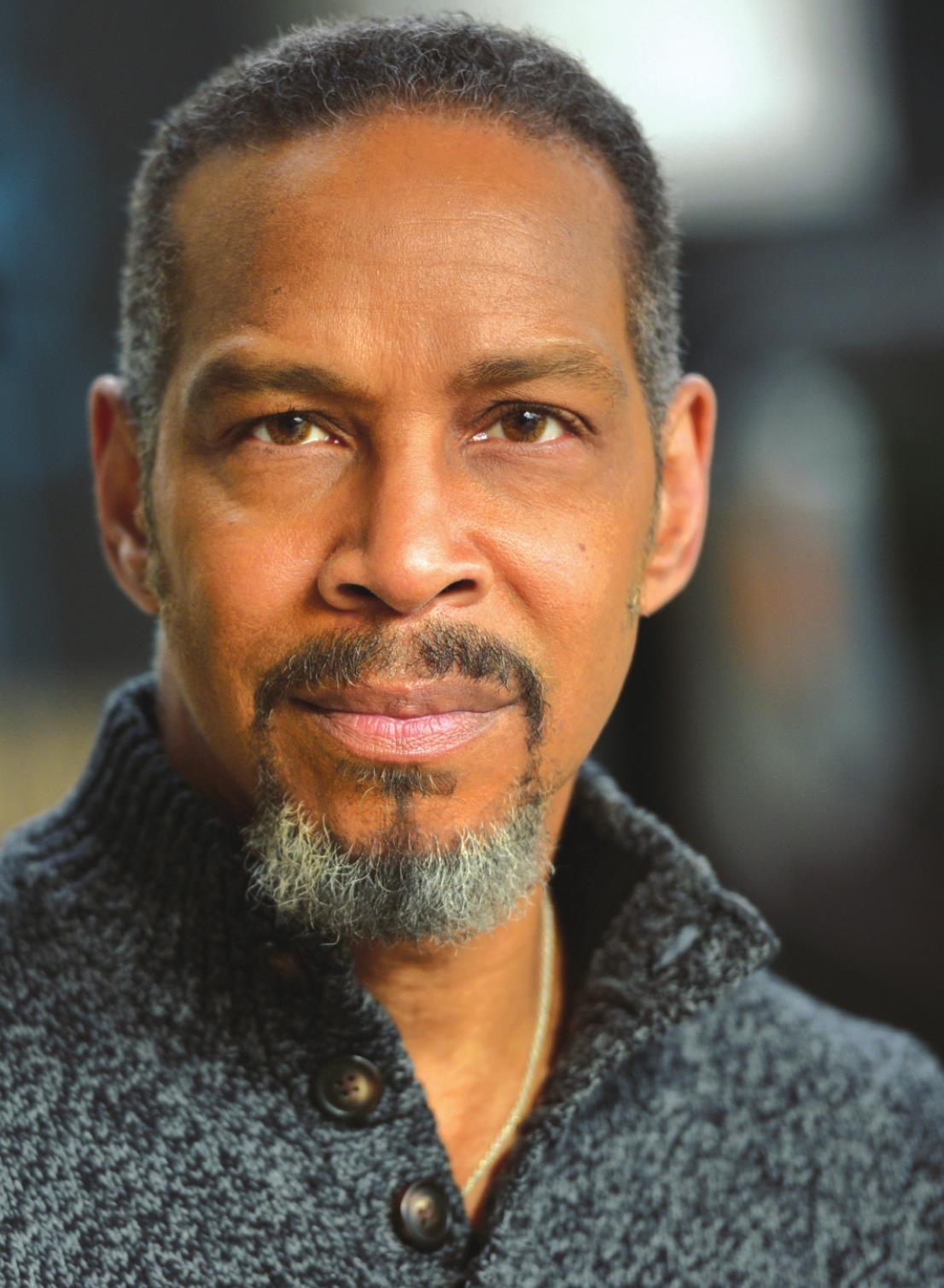 Kevyn Morrow plays as Hades in “Hadestown.” Photo courtesy of Broadway in Austin

‘Hadestown’ to open in Austin Jan. 11

How can a story so hopeless as the Greek myth of Orpheus and Eurydice possibly deliver a message of hope? For those unfamiliar with the story, it goes something like this: Orpheus and Eurydice are in love, yet on their wedding day, Eurydice is fatally bitten by a snake. Distraught, Orpheus goes into the Underworld to plead with Hades and Persephone to see his bride released back to the living world.

But things go awry for Orpheus, as they do for those who meddle with Greek gods, and it all ends in tragedy.

Yet “Hadestown” — which opens at Bass Concert Hall beginning Jan. 11 — is a musical, and those who love musicals come to expect a show with a happy end.

So how can this possibly work?

“You will not have seen anything like this,” said Kevyn Morrow, who plays the part of Hades. Keeping things close to the vest in a way that is all-too-true to his character, Morrow promised not to spoil the ending, but gave instead this assurance: “It will move you emotionally, in both a good and a bad way. And it will most definitely touch your heart.”

When people think of Hades, they recall the character in Disney’s “Hercules” or they remember depictions of the God of the Underworld from various pieces of literature. Generally, he’s dark and brooding, but most definitely the villainous type.

“Hades always gets a bad rap,” Morrow said. “I think of him as a businessman. When Zeus was handing out property, he gave Hades the Underworld. He makes deals with people. Some people think that he’s unfair, but remember, it’s all in the contract. Read the contract, people.”

Though Morrow chuckled at this, he followed up with the assertion that Hades is many with many facets. “I do enjoy him because he’s thought of as being the villain, but he has emotions. He’s hurt, he’s bitter, he can be jaded. He got lost perhaps in a fantasy in terms of what he’s after, just as many of us do. But he is a man, and he’s in love.”

Hadestown entwines the storylines of the four main characters: Orpheus and Eurydice, the young lovers; and the older couple, Hades and Persephone. Written by Anais Mitchell, “Hadestown” marks the first time in over a decade that a woman has been the solo author of a musical: writing the music, lyrics, and book, and is the fourth time in Broadway history a woman has accomplished this creative feat.

“She took a good long time to mold the show into what it is,” Morrow said. “It’s a beautiful show. When it opened, I thought ‘I haven’t seen a show like this.’”

In keeping with the tradition of Greek Theater, the play enables the cast to break the fourth wall. “There are moments when each of us is talking directly to the audience,” Morrow said. “One of the things we’ve been finding on the tour — because everyone’s been locked up with only their screens for the last year — [is that] being in the live theater where you could actually touch the players has been a real energizing experience. It’s visceral. I love it.”

Morrow, who grew up in Omaha, Neb., came to theater by way of a rivalry not unlike that of Hades and Zeus, but without the doom and bloodshed. “I have a brother who’s six years older than me,” Morrow said. “I saw my older brother doing a play, and I thought, ‘I want to do that.’ I auditioned and didn’t get it. I tried again, and still didn’t get it. So it became a mission. I had to outdo my older brother. When I finally did get in, I realized it was something I really love.”

Since then, Morrow has starred in TV shows such as “Black and White,” “When They See Us,” “The Path,” “Elementary,” “ and “Good Wife.” He’s been in films as well, in “Fair Market Value,” “Estella Scrooge” and “The Trade.”

But for Morrow, he lives for the stage.

“There’s nothing like live theater,” he said. “I love doing film. I love doing television. But that communal feeling of coming together, it’s almost like a church.”

Additionally, Morrow felt a deep connection to the music of “Hadestown” because of how well it suits his voice.

“I’m a bass baritone,” Morrow said. “Before I had seen the show, a very good friend texted me and said, ‘I don’t know how low your voice goes, but I think you would be perfect for it.’ And it is. It’s refreshing for me, and I’m having fun.”

Which sounds pretty great, you know, for a Greek tragedy.

“I find the show extremely magical and moving,” Morrow said. “And I have very seldom been so moved by a piece of theater. Hopefully you will feel the theme of the show, which is hope.”

There it is again. Hope. That’s something we could all use right about now.

“Hades gets a bad rap. I like to think of him as a businessman.”