The San Marcos River flows through Palmetto State Park on its way east to join the Guadalupe in Gonzales. Since there are no rapids in this part of the river, families find it an ideal spot for swimming, tubing and kayaking.

A few years ago, Palmetto State Park existed as a little-known gem on the San Marcos River as it headed east toward its confluence with the Guadalupe. Campers, hikers, and birders alike regarded it like a secret treasure, this sleepy haven resting at the crest of the Hill Country between the big cities of San Antonio, Austin and Houston. 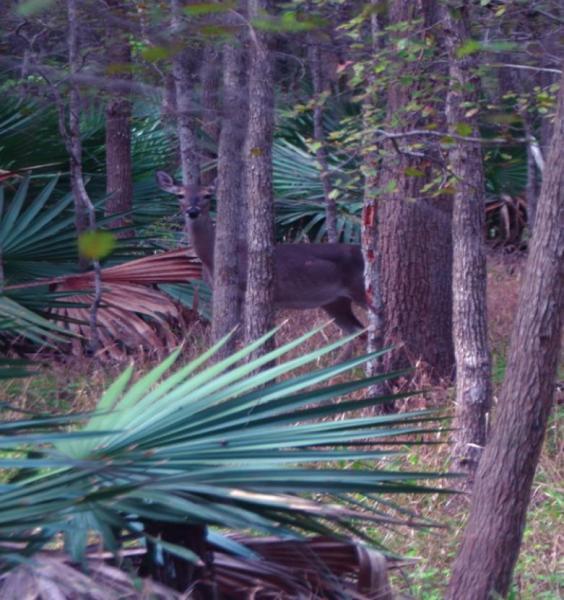 A white tail deer hides among the fronds of the dwarf palmettos that give Palmetto State Park its name. Photos by Jason Cook

Over time, though, word spread about the park’s particular blend of flora, fauna and family-friendly features, quickly making it a not-so-secret destination for daytime hikes and weekend camping trips.

“It’s not so hidden anymore,” said Jason True, assistant superintendent for Palmetto State Park, who explained that due to its geographical location and a long list of interesting, fun things to look at and do, overnight campsites are now often booked up to three months in advance.

So what is it about Palmetto that makes it so appealing to so many people?

According to True, it begins with geography. 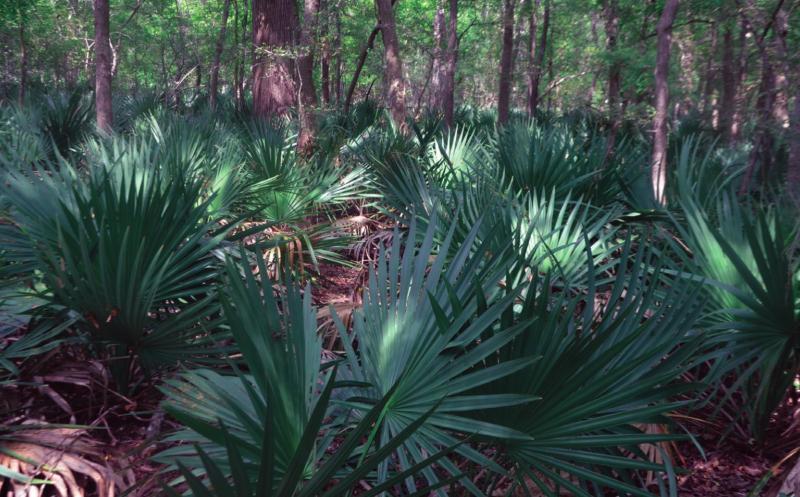 Palmetto State Park boasts a wide variety of plants and animals, including tropical vegetation such as the dwarf palmetto for which the park is named. The park is nestled at a convergence of several Texas biomes, making it a unique spot for birders, hikers, and campers alike. Photo by Jason Cook

Palmetto rests at a convergence between several Texas biomes, allowing plants and animals to coexist in a special balance unseen through the rest of the state. The park draws its name from the broad-leafed fans of dwarf Palmettos that grow beneath the trees, making the trails appear like something protected from the passage of time.

Another aspect of Palmetto State Park that makes it particularly appealing is that although it’s a small park, it has a lot to offer in the way of activities. With access to the a gently-flowing stretch of the San Marcos River, families find that the park is an ideal swimming hole for younger children. Additionally, because this part of the river lacks strong rapids, it’s also perfect for canoing, kayaking and tubing. Palmetto State Park also has an artificial oxbow lake created by the Civilian Conservation Corps where visitors can rent kayaks and stand-up paddleboards through the Paddle EZ website. True also said that Palmetto has been attracting a lot of birders in recent years, particularly during COVID-19 as birdwatching has gained a great deal of popularity during quarantine.

“Birdwatching is the number one hobby in the country,” True said. “You can sit on your patio with your coffee and observe birds, or even on your balcony in New York to watch the peregrine falcons. We have everything from yellow warblers to bald eagles spotted in the park. Palmetto is really a unique spot because the river is like an interstate for migrating birds. We get a huge variety.”

Not only does Palmetto State Park rest at the convergence of several Texas biomes, it also sits at an ideal geographical location. Palmetto sits within a two-hour radius of the large Texas cities of Houston, San Antonio and Austin, and it’s only a little over a halfhour’s drive from San Marcos.

“It’s a great place for first-timers,” True said of visitors who are just beginning to explore camping at Texas parks. “It’s a 20-minute drive to grocery stores and Buc-ee’s, so they get the camping experience with all the securities of town. Tent campers don’t even have to pack food, they can just run into town. They find it’s easier if you’re just starting out.”

“The trails are all crushed granite, so they’re very user-friendly,” True said. “And they’re easy to navigate so it’s almost impossible to get lost.”

Palmetto State Park also has picnic facilities and a refectory that can be rented for special events. For more information about this not-so-secret treasure of Central Texas, visit their website at tpwd.texas.gov/state-parks/ palmetto or call (512) 389-8900. 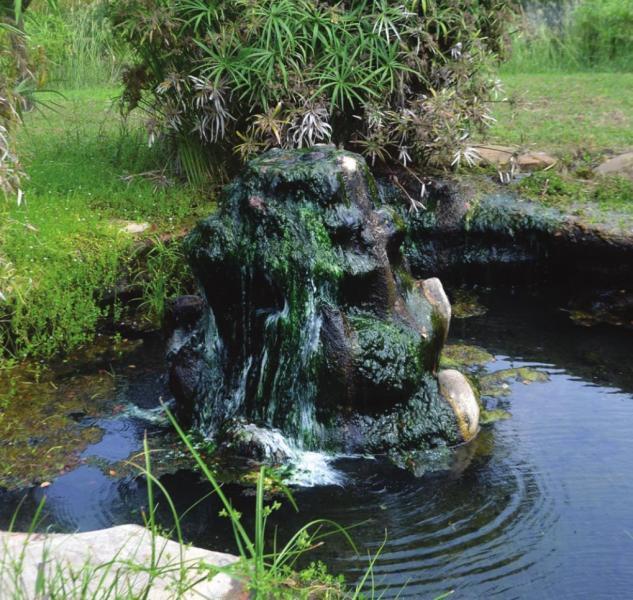 Day use permits are $3 per person.

Kayaks and paddleboards available for rent via the Paddle EZ website.