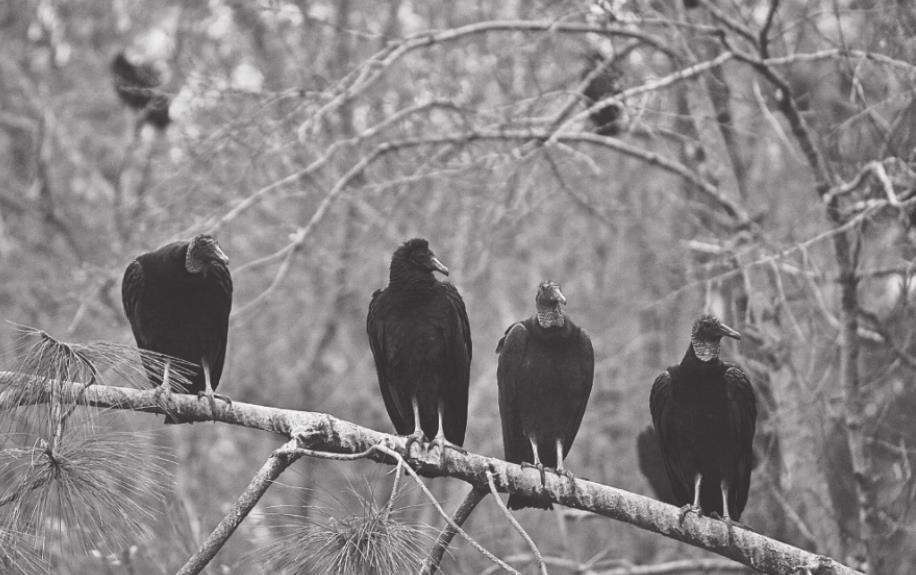 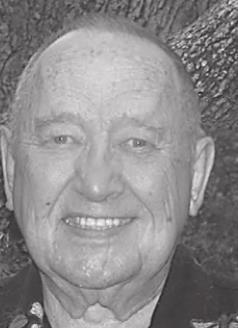 One bird that hangs around my place does not exactly inspire warm, fuzzy feelings. I refer to the black vulture.

I have a pair that put in appearances atop nearby utility poles and also enjoy standing on the rails along my back deck.

They sometimes relieve themselves and leave a chalky white splatter on the deck. I am told they enjoy defecating on their legs to cool themselves in hot weather. This explains why their legs are sometimes streaked with white.

They will also sit side by side and look all lovey-dovey together.

I sometimes get the idea, when I see one looking down on me from on top of a pole, that he is just waiting for me to keel over so he can come down and dine on my corpse.

After all, black vultures feed mostly on garbage and refuse, plus dead animals. I am told no carrion is too old and that the riper the smell, the better they like it.

Often called “buzzards” by Texans, black vultures are black (duh) and have white patches on the tips of their wings. These wings are relatively short and stubby and the bird alternates rapid flapping with short glides.

You’ll find this bird from the mid-Atlantic coast to Texas and as far south as Chile and Argentina.

Black vultures are gregarious and enjoy locating near humans. You might get the idea that these watchful birds are somewhat creepy but they provide a very useful service by cleaning up carcasses before they become sources of harmful bacteria. Just consider them nature’s sanitation service.