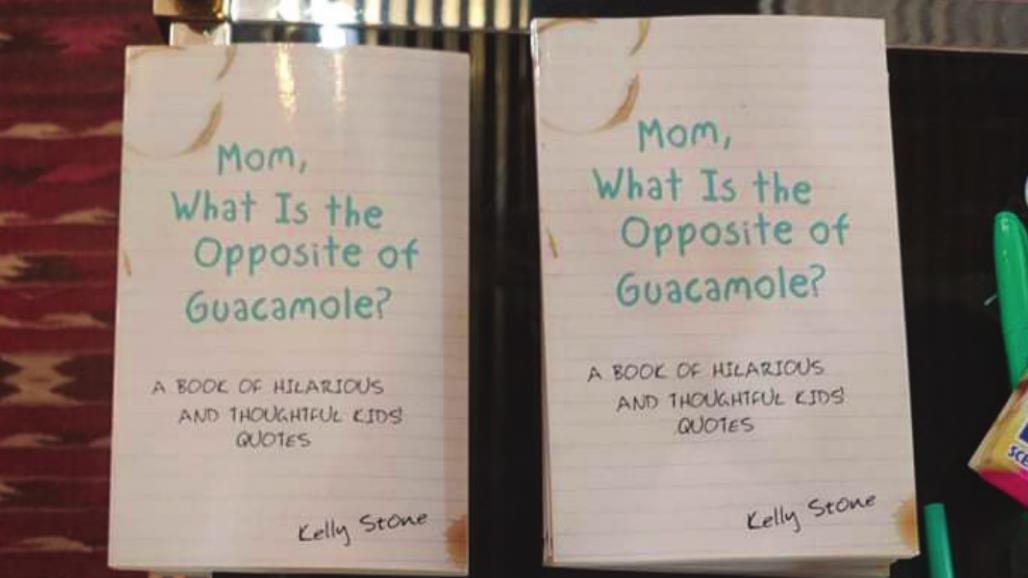 Comedian and author Kelly Stone is no stranger to living a public life. For over a decade, she has been posting humorous quotes from her two sons, who are now 12 and 13. The result is her debut book, “Mom, What’s the Opposite of Guacamole?” which contains the humorous and often-oddly insightful observations of her boys.

“[The title] comes from a question my kid asked once,” Stone said, “And I was like, how do you answer that?’ Apparently, the answer is sour cream, but I didn’t know that at the time.” 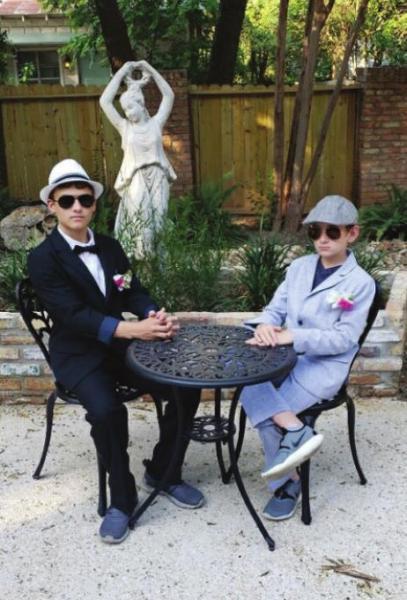 The Stone brothers, the inspiration behind Mom, What is the Opposite of Guacamole?

After Stone began sharing these personal anecdotes and observations, she began to realize that many of her friends appreciated them from a parental point of view.

“I tried to be really transparent with other parents because there are so many things that nobody told me,” Stone said. “That was sort of the philosophy. That we’re not alone in this. Eventually, people would stop me on the sidewalk and say, ‘Oh my god, the quotes from your kids…’”

And what was how the book began.

In 2018, Stone began to download and collect these observations together, soon discovering that she had enough material for a full book with another volume to follow. That year marked the beginning of several disruptions in Stone’s life — not the least of which was the global pandemic and this year’s severe winter weather — but she found that the book helped her focus the lighter side of these upheavals.

“It’s our way of trying to move forward,” Stone said. “Turns out, it was a really great time to get this book out.”

In fact, the week of Mother’s Day, “Mom, What’s the Opposite of Guacamole climbed to No. 7 on the Amazon Top 10 List for Parenting Humor. “That was a good Mother’s Day gift,” said Stone. 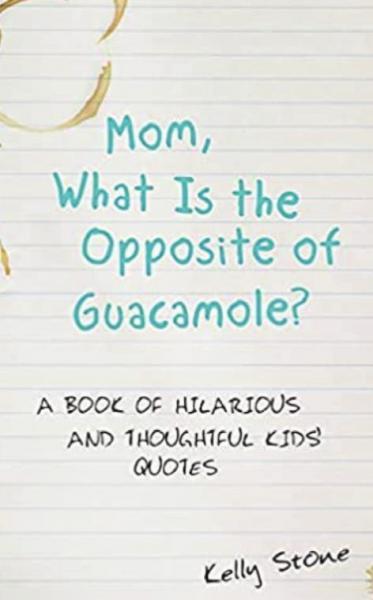 For Stone, writing has always been a big part of her life, though she said that during high school, other interests like cheerleading and soccer took precedence.

“Grad school pulled me back into writing, but not in a creative way,” she said. “I ended up participating in ‘Vagina Monologues’ in Austin. Then I moved to Philadelphia and started doing stand up. I was told to start writing every day.”

Always a journaler, Stone said that she writes by hand in a notebook, but as an auditory learner, the things she hears are the ones that truly stick with her.

“If I’ve heard it, then I’ll write it down. Then after a few days, I’ll share it on social media, which is kind of like a test for what’s funny,” Stone said.

As with most writers, Stone has several books that are in various stages of completion, including a children’s book called “Goodnight, San Marcos,” which is scheduled to be released in August.

“I thought that one would be in the world first,” Stone admitted, but it was her humor book release that came together instead.

“This one is more of a coffee table or bathroom book,” Stone said. “This is kind of what people need right now.”

Currently, Stone is working on putting together a book tour for the Fall with possible events in Houston, New Orleans, Philadelphia, New York, Maine and California. To kick things off here in San Marcos, Stone hosted a book signing event at Solid Gold Vintage, and will be part of the San Marcos Public Library’s Parents Day on July 25 from 5 - 6 p.m. 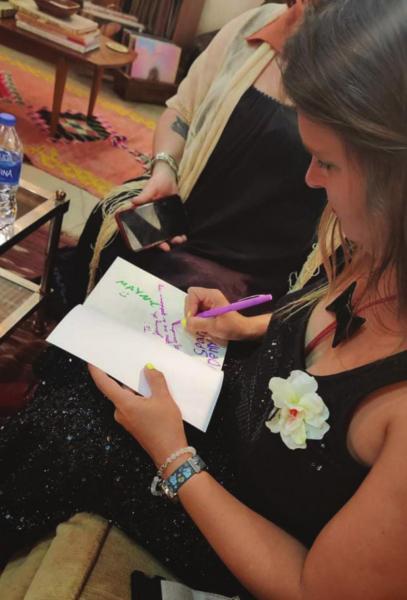 As part of the book tour, one of Stone’s ultimate dream goals is to be able to share her book on Ellen. To help achieve that goal, Stone is encouraging readers to post about the book on Tiktok using the hashtag #BookTok.

“I reached out to Ellen because she loves kids,” Stone said. “So I was thinking, ‘What if we all submit to Ellen? I think that would be living the dream. Honestly, I would be happy to sit in the audience and let them be interviewed.”

Stone went on to explain that while her sons are the inspiration behind their book, they are experiencing different reactions to its release.

“One of my boys is definitely a thespian and the other is reserved and shy,” Stone said. “Everyone got to see my younger son really shine. But then it was also interesting because all the next day, he was so tired. He was like, ‘Can I just lay in bed and eat sushi and binge watch anime?’”

Physical copies of “Mom, What’s the Opposite of Guacamole?” will soon be available at Solid Gold, and are available in hardback, paperback and ebook formats via Archway Publishing, Amazon. com and Barnes & Noble online.

Also check out Stone’s variety-comedy show, “Waxed and Vaxxed and Ready for Acts” every Wednesday night from 8 p.m. to 10 p.m. at Sean Patrick’s Irish Pub.