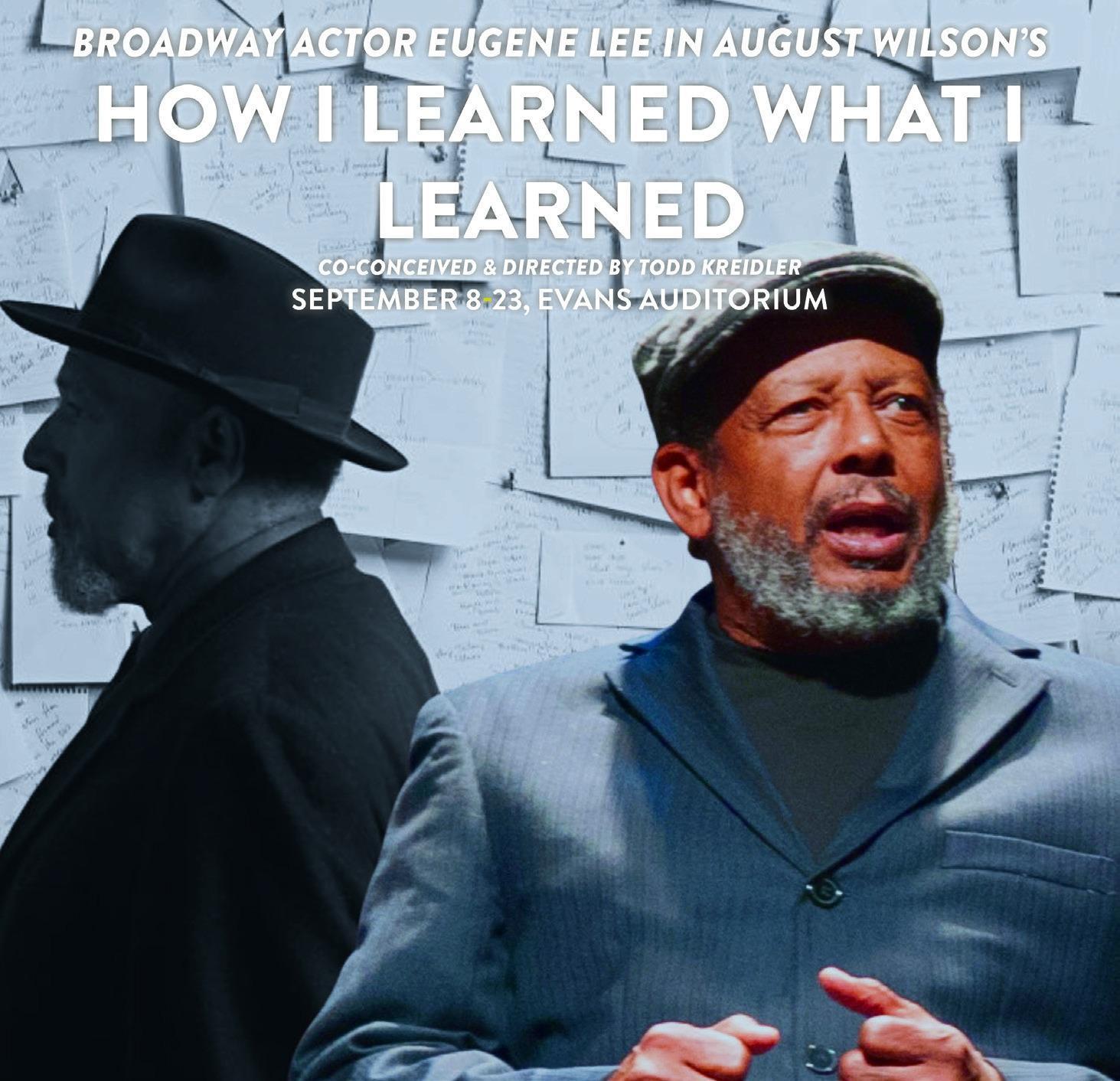 Coinciding with the 20th anniversary of the Black and Latino Playwrights Celebration (BLPC), artistic director Eugene Lee will perform August Wilson’s “How I Learned What I Learned,” Sept. 8-23, in support of the newly established endowment fund.

To commemorate the 20th year of BLPC, the Texas State Department of Theatre and Dance established an endowment to fund the endeavor permanently. Artistic director, alumnus and Broadway veteran Eugene Lee will take to the stage of the newly renovated Evans Auditorium to perform the autobiographical work of the 2022 Distinguished Achievement honoree, August Wilson.

Lee will collaborate with guest director and co-conceiver of “How I Learned What I Learned,” Todd Kreidler, to raise funds for the endowment and celebrate Wilson’s legacy to American theatre.

BLPC has filled a void in American theatre for 20 years by offering talented Black and Latino playwrights the opportunities and resources to develop their unproduced plays. The partnership between the profession and higher education has had a striking impact.

In addition, BLPC helps foster the next generation of Black and Latinx voices via the development of unproduced plays. Developed plays have gone into production in New York, Chicago, Los Angeles, Washington D.C., Milwaukee, Dallas, Houston, Austin, Ithaca, Tempe and Sacramento. Featured BLPC playwrights have gone on to be recognized by American Theatre magazine and have become writers on shows produced by Starz, Fox, Netflix and the Oprah Winfrey Network.

Texas State Theatre Department invites everyone to Lee’s performance of August Wilson’s “How I Learned What I Learned” Sept. 8-23 in Evans Auditorium. Tickets are available to the public for $20, faculty and staff for $15, groups larger than 10 for $15 and students are eligible for a complimentary ticket. For ticket information, visit txstatepresents. com or call (512) 245-6500. All ticket revenue will go to support the BLPC Endowment.

Article submitted by Texas State Department of Theatre and Dance.