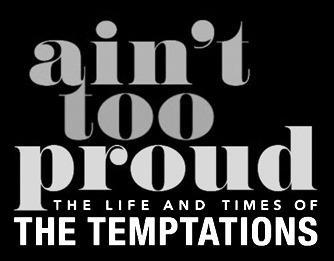 The musical “Ain’t Too Proud — The Life and Times of the Temptations” will have its Austin premiere as part of the the Texas Performing Arts 2022-2023 Broadway in Austin season.

Tickets start at $30 and are on sale now at texasperformingarts. org and BroadwayinAustin.com.

Featuring Grammy- winning songs and Tony-winning moves, “Ain’t Too Proud” is a new musical that follows The Temptations journey from the streets of Detroit to the Rock & Roll Hall of Fame. With their signature dance moves and unmistakable harmonies, The Temptations rose to the top of the charts, creating 42 Top Ten Hits, with 14 reaching number one. They went on to be named the greatest R&B group of all time by Billboard Magazine in 2017. The rest is history — how they met, the heights they hit, and how personal and political conflicts threatened to tear the group apart as the United States fell into civil unrest. A story of brotherhood, family, loyalty and betrayal, “Ain’t Too Proud” features the group’s best-known hits, including “My Girl,” “Just My Imagination,” “Get Ready,” “Papa Was a Rolling Stone,” and many more.