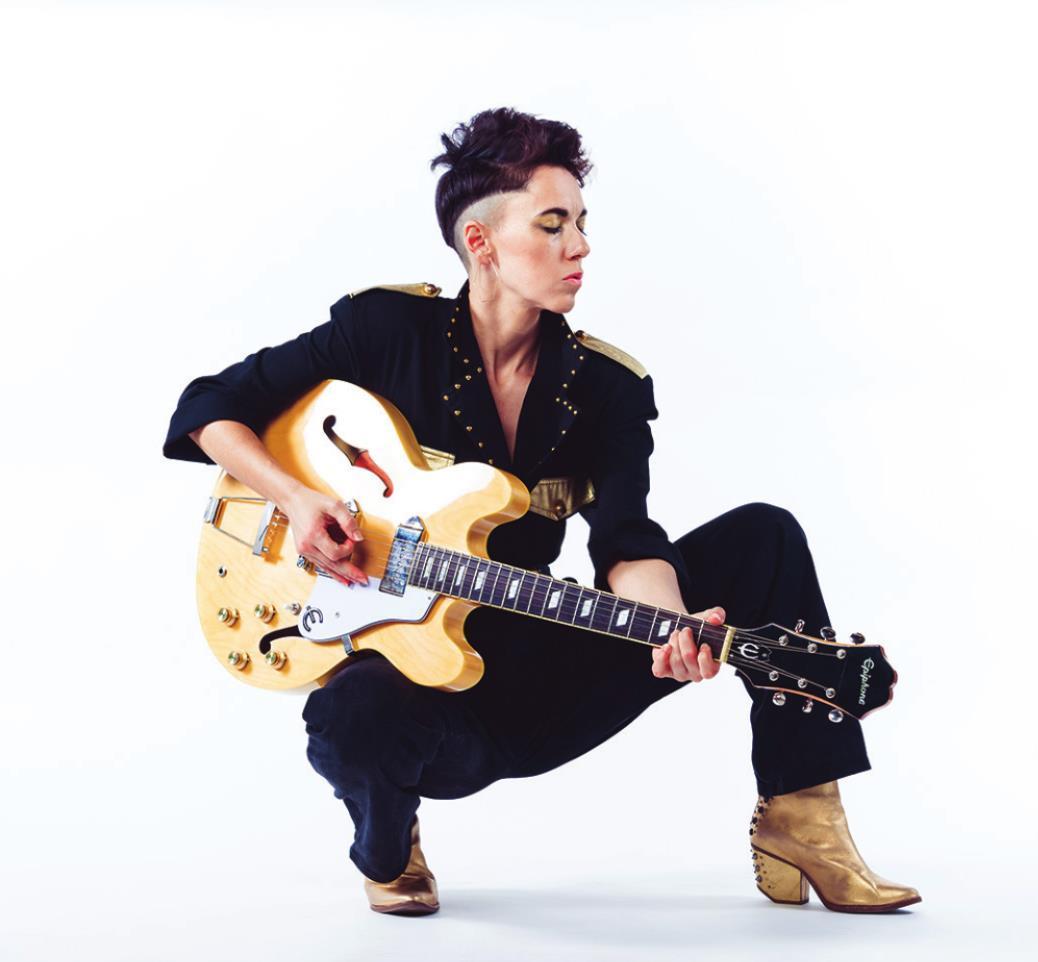 Graham Reynolds has built a career on improvising interesting connections with sound. With his unique composition style, he has written the musical scores for dozens of wellknown films, TV shows and plays, including Richard Linklater’s A Scanner Darkly and Before Midnight, starring Ethan Hawke and Julie Delpy. Reynolds also leads the experimental jazz based band, the Golden Arm Trio, and participates in a number of other collaborative composerled musical ventures in the area to cultivate and support Austin’s own unique sound.

In continuing that effort Reynold’s latest endeavor is a curated concert series titled the Texas Mixtape, in which a group of artists who wouldn’t normally work together can come together and create something new, fresh and ultimately Austin.

In brainstorming concepts for this series, Reynolds — who grew up in the 1980s — wanted to draw on that experience of creating mixtapes as a way of sharing a part of oneself with someone else.

“Mixtapes are my roots,” Reynolds explained. “They’re the way I love to listen, bouncing from one style to another, creating meaning through new contexts. It’s what people would do for their friend or for their partners, or for my Mom. You would put together songs that you loved and what you thought they would love. It was a whole different way of listening. It was putting together an assembly of short stories that told your own story.”

For Reynolds, this concert series is a mix of several of his favorite musicians in Austin and around Texas. “[They’re] artists who inspire and excite me,” Reynolds said.

Featuring Gina Chavez and Special Guest On Dec. 4 at 7 p.m., Reynolds will feature Gina Chavez, an independent Texas singer who recently snagged a Latin Grammy nomination Album of the Year with her latest release, “La Que Manda.” Additionally, Chavez is a 12-time Austin Music Award winner, and was named Austin Musician of the Year in 2015.

“That new album is awesome,” Reynolds said. “It’s the best thing I’ve heard out of Austin this year. I’ve admired Gina’s work from a distance for a long time.”

“This is a group that truly has never played together before,” Reynolds said. “This series throws them into the fire to hear what magic they can make together. Taking risks is at the heart of making great art, and that is what we, as an audience, will be doing with the musicians on stage.”

“The sound is great out there,” Reynolds said of the venue. “TPA is doing everything to make this as safe and distanced as possible because being together is also important and healthy. We’re finding ways to be together in a healthy way. Come join us.”

Tickets will be sold in “pods” of two seats with a minimum 6-foot spacing between pods. Tickets for each concert are $20 per pod and available at texasperformingarts. org. Masks are required for staff and attendees at all times and sanitization stations will be available at all entrances. Additional health and safety guidelines are listed below.

• Everyone (2 years and older) must wear a face mask covering their nose and mouth while in Texas Performing Arts’ event spaces.

• Outdoor tent capacity is very limited. Tickets are sold in “pods” for up to two people. There will be a minimum of 6-foot spacing between each pod.

Seating will be provided in the tent – attendees do not need to bring their own chairs.

• Social distancing markers will be placed at the venue entry.

• All tickets will be sold online at texasperformingarts.org and be delivered via email for mobile contactless entry.

• Sanitization stations will be available at all entrances, under the tent, and inside the Bass Concert Hall restrooms.

• Food and beverages will not be offered for sale. Patrons may bring in a water bottle (no glass) and remove their mask to consume beverage only while in designated seating pod.

• Restrooms will be available in the Bass Concert Hall lobby.

To keep our community safe, Texas Performing Arts asks that:

• If a patron is not feeling well or has been in close contact with someone they suspect may be infected, that they please stay home and contact a doctor. Contact the Ticket Office at 512-471-1444 or tickets@texasperformingarts.org by performance time to request a credit.

• After the performance, patrons listen for timed exit instructions.

• If a performance is postponed or canceled, ticketholders will be offered a choice of refund, credit for future use, or the opportunity to donate ticket value to Texas Performing Arts.