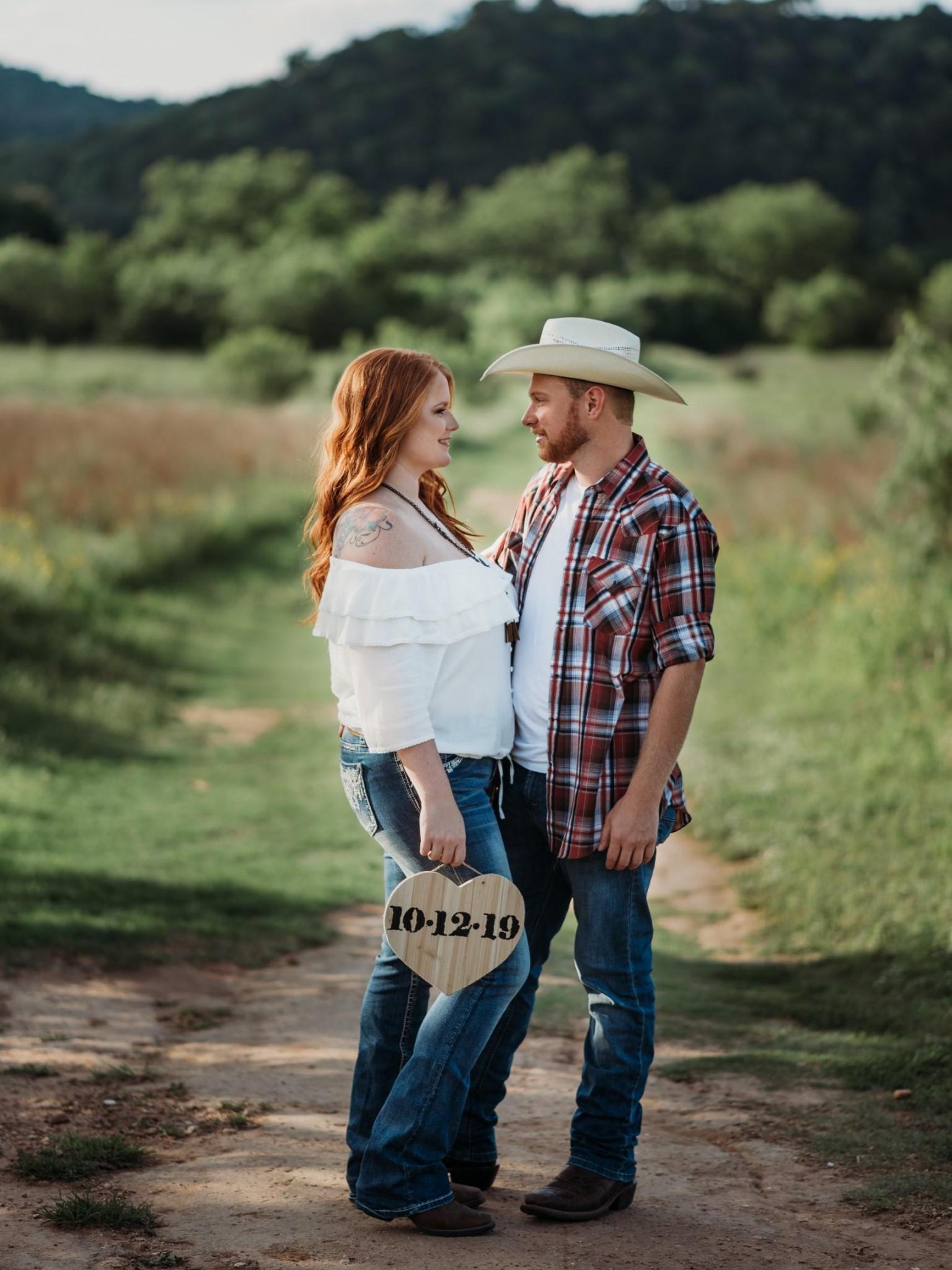 Lisa Moore-Byrn and James Marcus Byrn of San Marcos, TX are pleased to announce the wedding of their daughter Kelsi Lee Byrn to Kevin Ryan Carson, son of Sherri and Kevin Carson of Cisco, TX.

Kelsi received her Medical Assistant certification from El Centro in Dallas, TX and currently works as a Medical assistant for Austin Gastroenterology. Kevin served 3 years in United States Air Force and now works for DR Horton of Austin as a Superintendent. They both currently reside in San Marcos.

Kelsi is the granddaughter of the late Melissa and James Byrn of San Marcos, TX and the late D.C. and Zella Moore of Dallas, TX. Kevin is the grandson of Edith Deichmann and the late Bill Deichmann, and Kit and Cora Carson.

Their wedding will be held at 6:15 pm, Saturday, October 12, 2019 at Inspiring Oaks Ranch in Wimberley, TX.  The wedding will be officiated by Father Ben of St. Marks Episcopal Church in San Marcos.

Kelsi and Kevin will celebrate their Honeymoon on a Royal Caribbean Cruise.