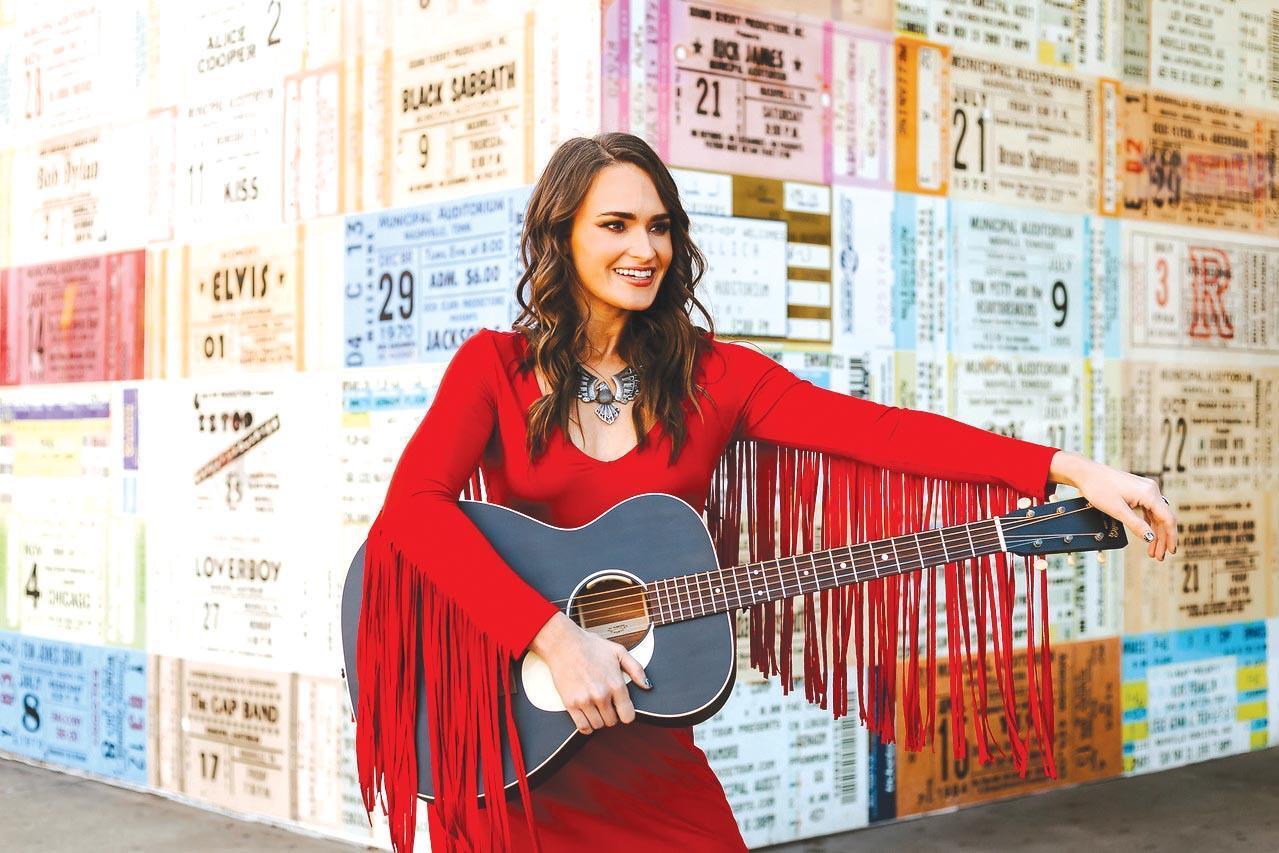 There’s a reason Bri Bagwell is a seven-time Texas Female Vocalist of the Year. Her voice is deep southern country, like iced tea flavored with bourbon, and her songs pack the same kind of punch: sweet on the surface but with solid bedrock underneath.

Bagwell’s country music bedrock began at home when as a child, she filled her hours writing poetry and teaching herself to play piano. Born in Las Cruces, N.M., to a family of musicians, she began playing on stages in her older twin brothers’ band, and that’s when she knew she was hooked.

“Everyone in the family can do something musical related,” Bagwell said. “It is just so much fun. It was something that came together for all of us.

After high school, Bagwell came to Austin via the University of Texas to throw her hat into the “Live Music Capital of Texas” ring. Now based in New Braunfels, Bagwell and her band tours in and around Texas, bringing her engaging blend of lyricism and catchy contemporary country to venues all across the U.S.

Bagwell is set to perform at the premier of the Enchanted Ranch stage tonight at 7 p.m. Bagwell will play her biggest hits as well as material from her new album “Corazón y Cabeza,” which Bagwell calls a “songwriter’s album” because of its genre-defying song list.

“I wouldn't even know what genre you would call these songs,” she said. “Each song is so different from the one before.”

Take, for example, Josefina, a flamenco-driven ballad about a Mexican barmaid ensnared in a marriage to a nefarious man. As Texas Music Pickers says in their review, Bagwell’s recordings are “packed with both grit and grace. As she opens up and invites you to take a closer look, she confidently lets you know exactly who she is, what she wants or how she feels in each track.”

“Josefina” rocks a “Goodbye, Earl” kind of storytelling vibe, whereas a song like “The Dust” is a melancholy waltz about growing old together, “Trenches,” the album’s first track, is an upbeat and catchy contemporary melody.

From her powerhouse vocals to her thoughtful lyrics, Bagwell’s music feels borne from a woman who is steadily building her dream while actively living within it.

“My boyfriend and I were just talking about how blessed we are,” Bagwell said. “I’ve never had a really giant spike, like overnight. It’s been a slow and steady climb for the last 15 years, but as Miranda Lambert’s Mom told me, ‘The slower the climb, the slower the fall.’ I’m able to sell tickets in venues that I love in cities all over the place. I have had hundreds of moments where I know this is where I am supposed to be. There hasn't been a single day where I did not want to get on stage.”

“Bri Bagwell is Texas’ sweetheart,” Becky Phelps, venue manager at Enchanted Ranch, said. “Having her on board to kick start our concert series this year is something we’re really looking forward to. We’re trying to let people know there’s something else outside of downtown, and we think Bri Bagwell is just the person to start us off.”

The concert will be held indoors, but there will be heaters outside to keep everyone warm and comfortable. Gunnar Latham will open for Bagwell starting at 7 p.m.; Bagwell will go on stage at 9 p.m.

Tickets are $15 presale and $20 at the door. San Marcos BBQ will be on site as well. For more information, check out the website at myenchantedranch.com/concerts-events/