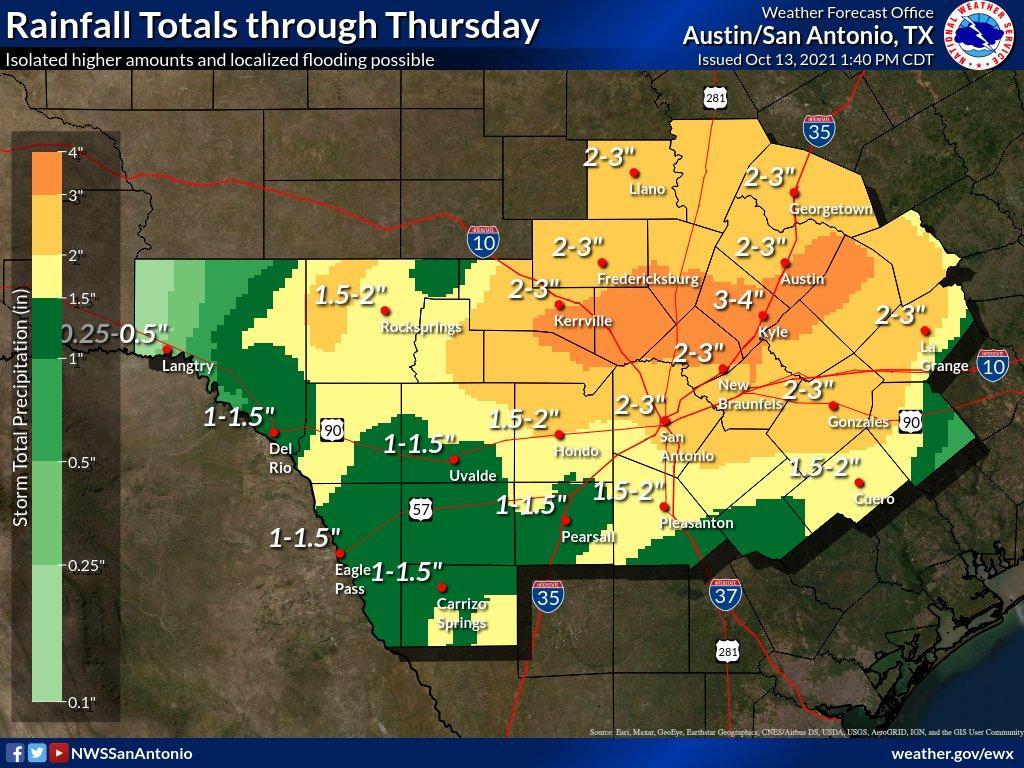 San Marcos could see anywhere between 2-5 inches of rain between Wednesday night and Thursday, according to the National Weather Service.

A Flash Flood Watch is currently in effect until Thursday at 7 p.m. as storms associated with Tropical Storm Pamela cross through San Marcos and Central Texas. The NWS issued the watch for Hays, Atascosa, Bexar, Blanco, Burnet, Comal, Gillespie, Kendall, Llano, Travis and Williamson counties. Rainfall between 2-5 inches is in the forecast with isolated amounts of 5-7 inches possible.

The NWS stated that there is a very low but nonzero risk for a tornado or damaging winds associated with storms passing through overnight Wednesday. Scattered showers and thunderstorms will continue into Thursday morning with the possibility of heavy rainfall leading to flash flooding.

NWS said those in the Flash Flood Watch area should monitor forecasts and be prepared to take action should a Flash Flood Warning be issued. NWS highlighted three simple steps for flash flood safety: get to higher ground, do not drive into water and stay informed through local radar, television, weather radio, internet or social media.

A Flash Flood Watch is in effect 7 AM Wed.-7 PM Thu. for counties along & west of the I-35 / I-37 corridor. The heaviest rainfall is expected Wed. night & Thu morning, but there may be some isolated locally heavy rainfall tonight. Total rain amounts: 2-5" isolated 5-7"+. pic.twitter.com/R3bc39oGms