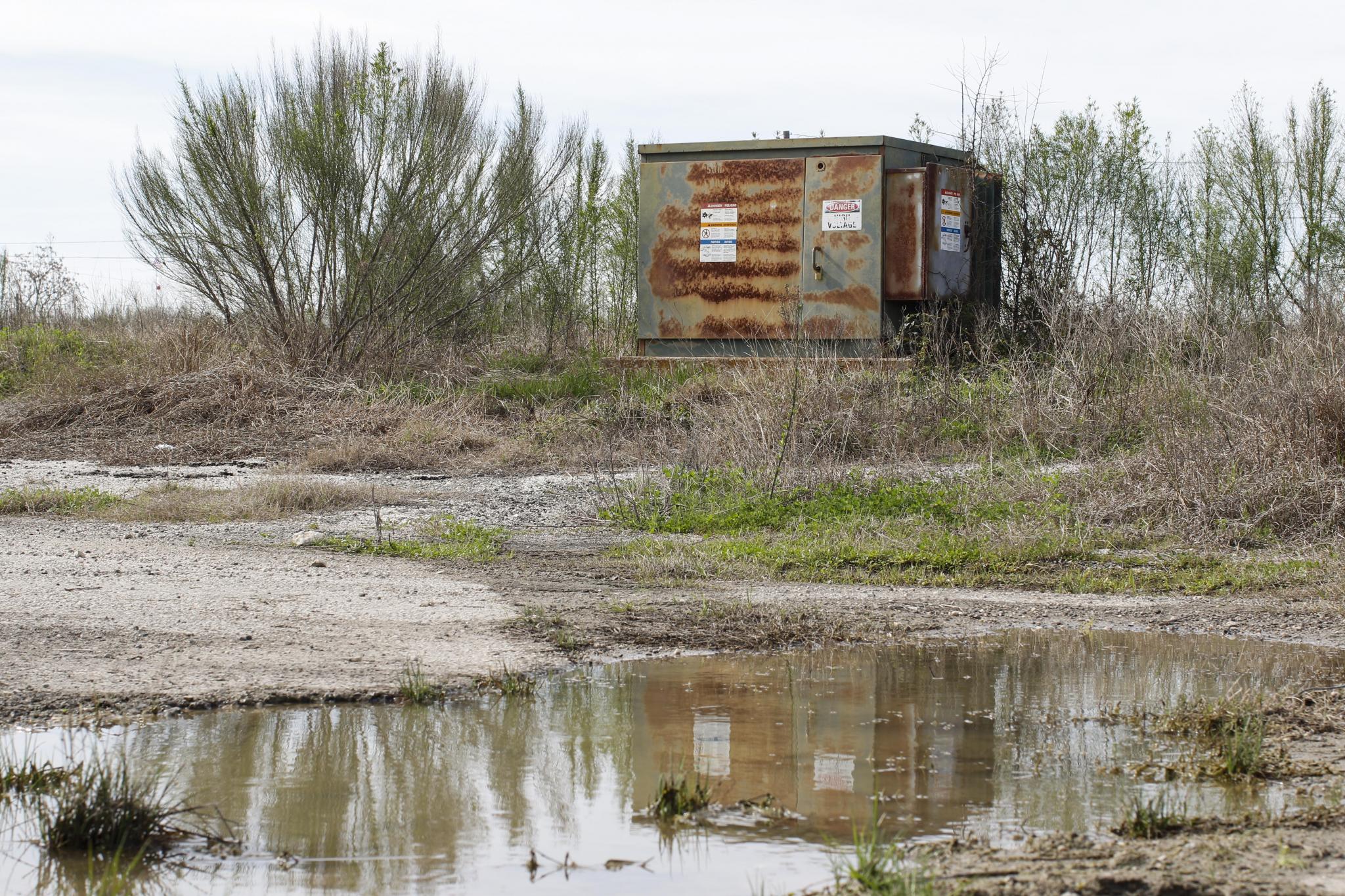 A rusting electrical box sits in the middle of what used to be a parking lot at the old Hays County Civic Center grounds. The county closed the civic center in 2013 and, according to county tax records, still owns most of the land where the center once stood. Hays County Judge Ruben Becerra is holding a series of community meetings to gauge interest in bringing a new civic center to the Interstate 35 corridor — whether in San Marcos, Kyle or Buda.

Civic Center back in spotlight

The mention of the Hays County Civic Center can evoke fond memories in longtime county residents: concerts, livestock shows, youth agricultural competitions, cultural celebrations — and, of course, the Republic of Texas Chilympiad, which combined carnival rides, live music, armadillo races, a men’s chili competition and an array of other events and attractions into one massive celebration.

But the civic center, once located off of Clovis Barker Road east of Interstate Highway 35 between Mc-Carty and Wonder World Drive, has been closed since 2013. The land sits empty, except for some piles of gravel, piles of trash, a fire hydrant, an electric box and an old parking lot with faded striping — artifacts dotting a bleak landscape at a spot that once hosted so many events for the entire community.

In response to discussions with some Hays County residents, County Judge Ruben Becerra hosted a meeting Thursday afternoon in the Hays County Commissioners Courtroom to begin gauging interest in, and gathering ideas for, bringing a civic center back to the Interstate 35 corridor in Hays County.

“The hope is to get the community involvement to shape the conversation — first to measure the interest, and second to create a roadmap,” Becerra said at the start of the meeting.

He emphasized that nothing — location, size or anything else — is set in stone.

“If we don’t have buy-in, this thing is dead in the water,” he said.

Becerra then turned the meeting over to his chief of staff, Alex Villalobos, who listened to ideas from the approximately 10 people gathered on Thursday. He said that some of the first questions to answer are which organizations would be interested in joining the conversation, what kinds of events does the community want to see at a new civic center and how the project could attract funding and eventually become financially sustainable. 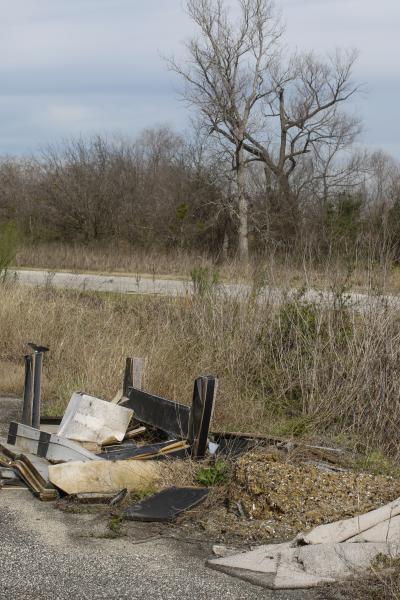 The remains of a broken pool table lie in the grass on Civic Center Drive. Other trash, including old carpeting, papers and old Christmas trees, has been dumped around the former site of the Hays County Civic Center.

One concern that attendees had is accessibility for the entire community. Pete Anzaldua and his brother used to hold the Hill Country Barbecue and Chili Cookoff competitions at the civic center and he noted, “The thing about Embassy Suites, it’s not affordable to your average Joe.” Cuauhtemoc Hall, another popular event venue, is often booked a year in advance, he said.

Anzaldua said he would like to see a civic center with multiple buildings, halls and an arena — something to allow plenty of space for celebrations. For instance, he said, the San Marcos Juneteenth celebration is held at several different locations around the city.

With a new civic center, he said, “We could have it all in one place.”

San Marcos activist Rose Brooks lamented the lack of a venue for certain types of events. She said that Blue October has been wanting to put on a big concert to help raise funds for her Juneteenth scholarship program but, “We don’t have anywhere to hold it.”

Villalobos emphasized the importance of defining the kinds of events and other uses the civic center could have in order to start looking at funding opportunities.

Jeff Latham, who is pastor for Westover Baptist Church and the chaplain for the San Marcos Police Department, mentioned using the civic center as a major component of disaster relief in San Marcos and Hays County. The facility could be used for food distribution, as a shelter for county residents whose homes are lost in the event of a disaster and other emergency operations.

“Then you open up the opportunity for federal grants,” he said.

Though Thursday’s meeting was a small gathering of residents, it was called on short notice and was held at 4 p.m. on a weekday — and on Valentine’s Day besides. Villalobos said that once the ideas start flowing, meetings will be scheduled on a regular basis to make it easier for more people to attend. He urged those in attendance at Thursday’s meeting to get in touch with other residents and organizations who would have interest in using a new civic center.

“Drag them over here, please,” he said. “... This is the first of many meetings we need to have on this. … We’re going to fill this room up.”

Villalobos said the next step for the county will be working on funding.

“I think that my homework now is, from some of the information you’ve given me, is to go over to the grants office and say, ‘Look — this is what we want to do with it. … What are some of the funding opportunities for it?’”

Andalzua said after the meeting that he believes a new civic center would be a success.

“With the right management and the right promoters … it’ll make tons of money,” he said.

His son, Josh, said that a new civic center could host events like car shows and cookoffs.

“There’s no reason why San Marcos, big as it is, can’t have a facility like they do in New Braunfels and Seguin,” he said.

“There’ll be some roadblocks on the way … but at the end of the day, if these people want it,” he said, “it’s going to happen.”

Anyone wishing to get involved in discussions of a new civic center can contact Becerra’s office through Facebook or at 512-393-2205.