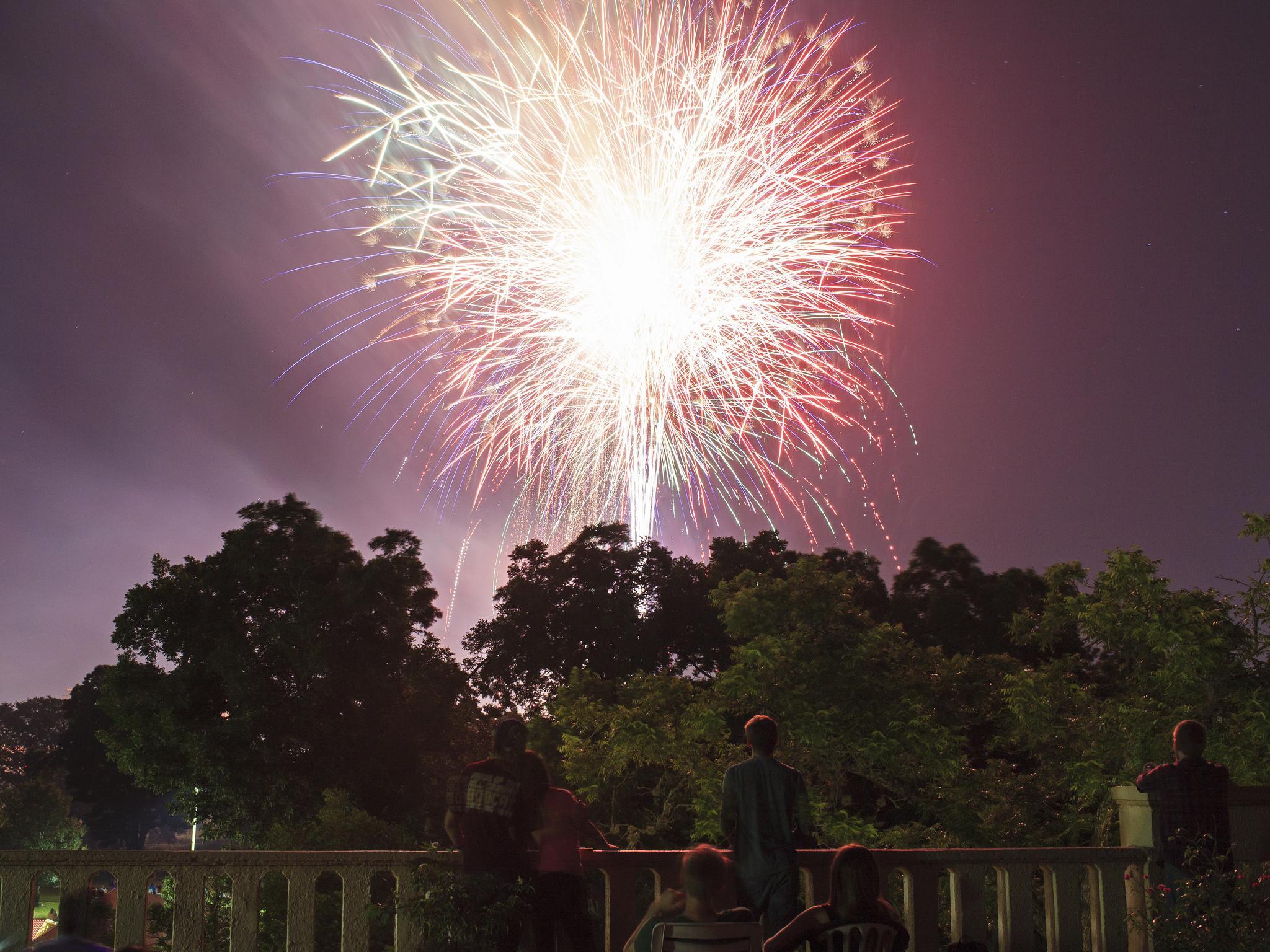 Fireworks will be visible across most of San Marcos tonight beginning at 9:30 p.m.

Make 38th Summerfest a part of your celebrations

When it comes to beating the heat, nothing is as refreshing as a dip in the crystal clear, 72-degree San Marcos River.

That’s as true on Independence Day as any other.

Whatever your plans for the Fourth of July, make sure they include checking out Summerfest, the city’s annual celebration that is now in its 38th year, to be held along the river’s banks today at San Marcos Plaza Park.

Summerfest opens at 6 p.m. and will feature live music, food vendors, a costumed children’s parade and a fireworks display the city promises will be “stunning.” Of course, it also features a cool, clear river running through it.

Musical artists for this year’s celebration include The Revs, who will open the festival with a 6 p.m. performance, and Wyzer, scheduled to take the stage at 7:15 p.m.

Registration for the children’s parade will begin as the festival opens, and those who wish to participate should line up in front of the Old Fish Hatchery Building beginning at 7:15 p.m. in advance of the scheduled start of the parade at 7:30 p.m.

Judges will determine the “most patriotic” and “cutest” costumes as well as a “best overall” winner. Prizes will be awarded in each category.

The big bangs won’t start until the sky gets completely dark, at 9:30 p.m., with the fireworks show visible across much of town.

No styrofoam containers will be allowed at Summerfest and all park rules will be enforced. Parking will be available for free at City Park and at the San Marcos Activity Center, 501 E. Hopkins Street.

Summerfest is sponsored by the city of San Marcos with assistance from the San Marcos Lions Noon Lions Club, San Marcos Convention and Visitor Bureau, South Texas Ford Dealers, H-E-B and a host of other corporations, organizations and individuals.