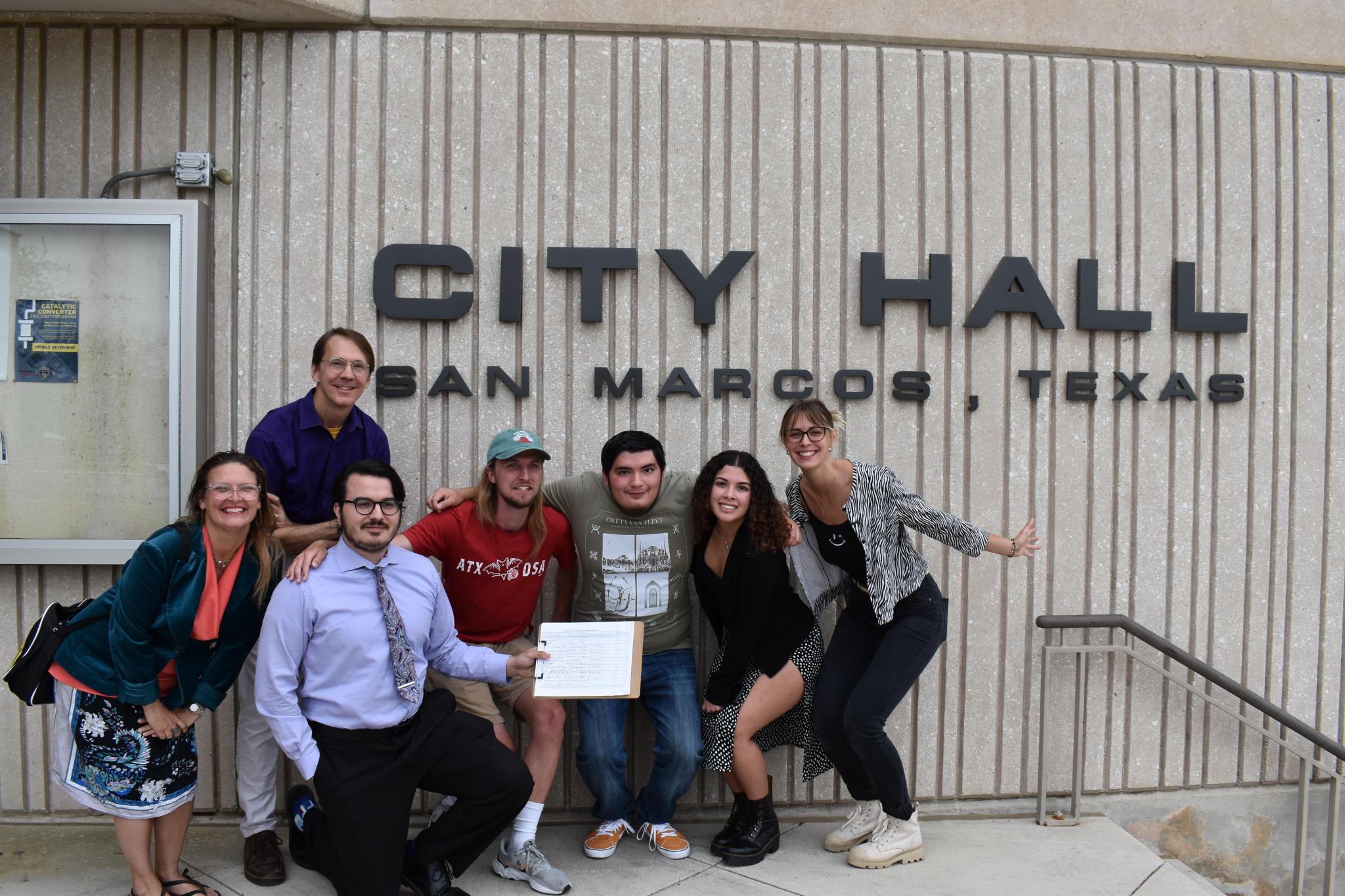 Above, Mano Amiga, representatives from various political and reform organizations and volunteers pose for a photo with a petition aiming to decriminalize marijuana in San Marcos. Below, Mano Amiga Policy Director Eric Martinez speaks during a press conference Tuesday. Daily Record photos by Alyssa Gonzales

“So many people’s lives have been irrevocably changed for the worse because our government chooses to cage people for cannabis, something that’s medical or recreational in more than half of our nation’s states,” said Eric Martinez, policy director for Mano Amiga.

Ground Game Texas, an organization that collaborates “with partners on the ground to meet voters at their doors, hear their concerns, and highlight popular issues that are on the ballot,” has joined Mano Amiga in decriminalization efforts.

The deadline to collect signatures of 10% of the registered voters in San Marcos for marijuana reform to be placed on the November 2022 ballot is May 29.

According to the proposed ordinance language, citations and arrests for misdemeanor possession of marijuana would end if the voters approved the proposition. San Marcos police, however, could cite an individual or make an arrest for Class A or Class B misdemeanor possession of marijuana if it’s a part of an investigation involving a felony-level narcotics case or the investigation of a violent felony.

Along with Mano Amiga and Ground Game Texas, several local and county-wide groups were present to show support. 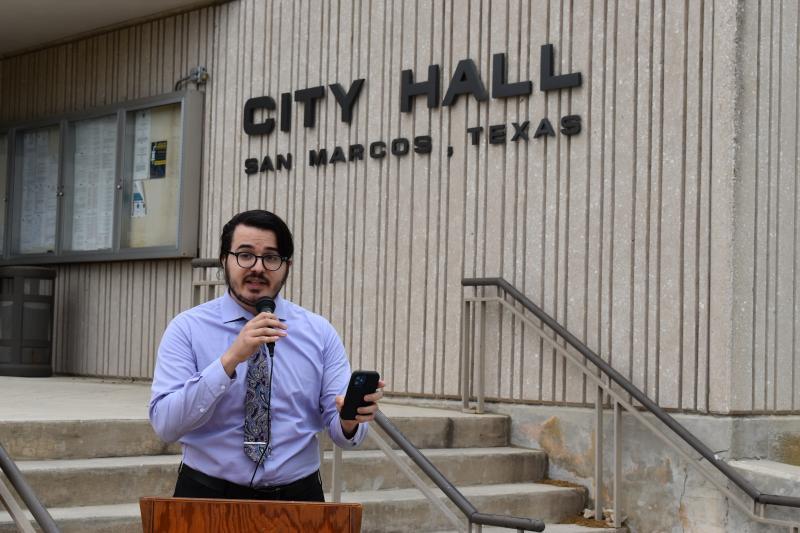 CJ Cetina, precinct chair with the Hays County Democratic Party expressed support for the campaign on behalf of the party.

The San Marcos Democratic Socialists of America showed their support for the ballot initiative as well.

“We believe in a world where our prisons and jails are not holding almost 1% of our population? And we, and we believe this starts this campaign so that nobody has to fear facing any criminal charges, simply for possessing marijuana,” said Chris Pitts, secretary of the San Marcos Democratic Socialists of America.

Sam Benavides, communications director for Mano Amiga, spoke of the work Mano Amiga and the many volunteers who have assisted in the initiative have done so far as well as the challenges faced while trying to reach the signature goal.

“We are overwhelmed at the support we see on Texas State’s campus where students understand the importance of this issue. But unfortunately, many of the signatures are invalid because they’re not registered to vote in San Marcos,” Benavides said. “We know that this is an issue that our community takes very seriously. We spend seven days out of the week, out of every week collecting signatures and connecting with 1,000s of San Martians who want to see an end to the criminalization of weed, but we need all boots on the ground to make it happen.”

Mano Amiga and other volunteers will be collecting signatures during various 4/20 events in San Marcos including: