Harvey Miller served as a community builder, organizer civil rights activist and advocate. He recently died. Above, Miller — pictured in the middle of the lead banner — leads an MLK Day Parade in San Marcos. Photo courtesy of the Dunbar Heritage Association

Celebrating the life of Harvey Miller

A man like Harvey Miller can’t be penned down in 1,400 words. In fact, as a man who was a community builder, an organizer, a civil rights activist and an advocate, even an archive dedicated to his 90 years might not be adequate to show the full measure of the man. Miller served the communities of Georgetown and San Marcos as a family man and role model, a husband, father, and grandfather.

These words show him as the multifaceted trailblazer he was, but they fail to encompass the many ways he shaped our community.

Miller passed away on Sept. 1 at his home in San Marcos, surrounded by his family and friends. Born in Georgetown on Nov. 4, 1929, he moved to San Marcos in 1966, leaving an indelible impression upon Georgetown by taking a prominent role in the integration of organizations and schools.

According to Miller’s grandson, Alex Banbury, Jr., there’s a sense of awe for his grandfather, at how much the man accomplished in his lifetime. As the Miller family and his friends come together to celebrate his life, Banbury said that there is even more on his grandfather’s list of achievements than they ever knew about.

“I’m learning a lot about my grandfather,” Banbury said. “Being young, you take for granted that he will be there for a long time. Now that I’m older, I wish I’d taken the time to really listen.”

From an early age, Harvey Miller understood the importance of history, of knowing your own story as well as the context of the bigger picture. According to a transcript conversation with Summit News editor and fellow former Georgetown resident Ben Trollinger, Miller said, “I was all into local black history, state black history, national black history.”

Dr. Elvin Holt, professor of English-emeritus at Texas State University, said, “Mr. Miller recognized the need to preserve the history and culture of African Americans in San Marcos. To that end, he organized the Dunbar Heritage Association (DHA) in 1968 and served as its first president.”

Banbury added, “He wanted to make sure we knew our history. He said, ‘I’m gonna document this for you, and you’re gonna thank me later.’”

As Banbury and his wife, Jonafa, sorted through boxes and boxes of memorabilia from Miller’s life, Alex Banbury recounted some of his recollections of his grandfather, part of the history he shared with Miller.

“Growing up in the household with my grandfather, he always had us involved in stuff,” Alex Banbury said. “Black history month, MLK day, Juneteenth parade. We were always involved with that. I remember decorating our bicycles for the Juneteenth parade. These things were big deals, things we’d look forward to. We would be in the yard, polishing our bikes.”

Alex Banbury recalled Sunday afternoons with their grandfather, when Miller would take his grandchildren to Dixie Cream donuts between Sunday school and the church service at Greater Bethel Baptist Church, where Miller served as a deacon for 40 years. “We looked forward to every Sunday,” Banbury said.

When the Millers moved to San Marcos in 1966, Harvey continued his work of youth advocacy at Gary Job Corps, which had opened in 1964. After 33 years of service, he retired from Gary, where he began as a residential advisor and finished his career there as campus manager, responsible for the entire student population and a staff of 30-plus employees.

For Miller, shaping history was as important as knowing it, which is where he got his drive for community service.

“(It’s) something in his genes,” said his daughter, Mittie Miller. “His family’s just like that. They were just very giving.”

Dr. Holt said, “The legendary Muhammad Ali asserted that ‘Service to others is the rent you pay for your room here on earth.’ With over 50 years of exceptional service to his community, Mr. Harvey Miller's room rent has been paid many times. From the time that he and his family arrived in San Marcos in the late 1960s up to the onset of a serious illness more than 50 years later, Mr. Miller worked tirelessly to make San Marcos better for everyone.”

Miller coordinated a multitude of projects over the years to improve the lives of San Marcans. In addition to founding DHA, Miller was an active member of NAACP. He organized Juneteenth celebrations for 32 years. From 2012-2014, Miller was a member of the LBJ/MLK Crossroad Memorial Committee with Texas State University and the City of San Marcos. 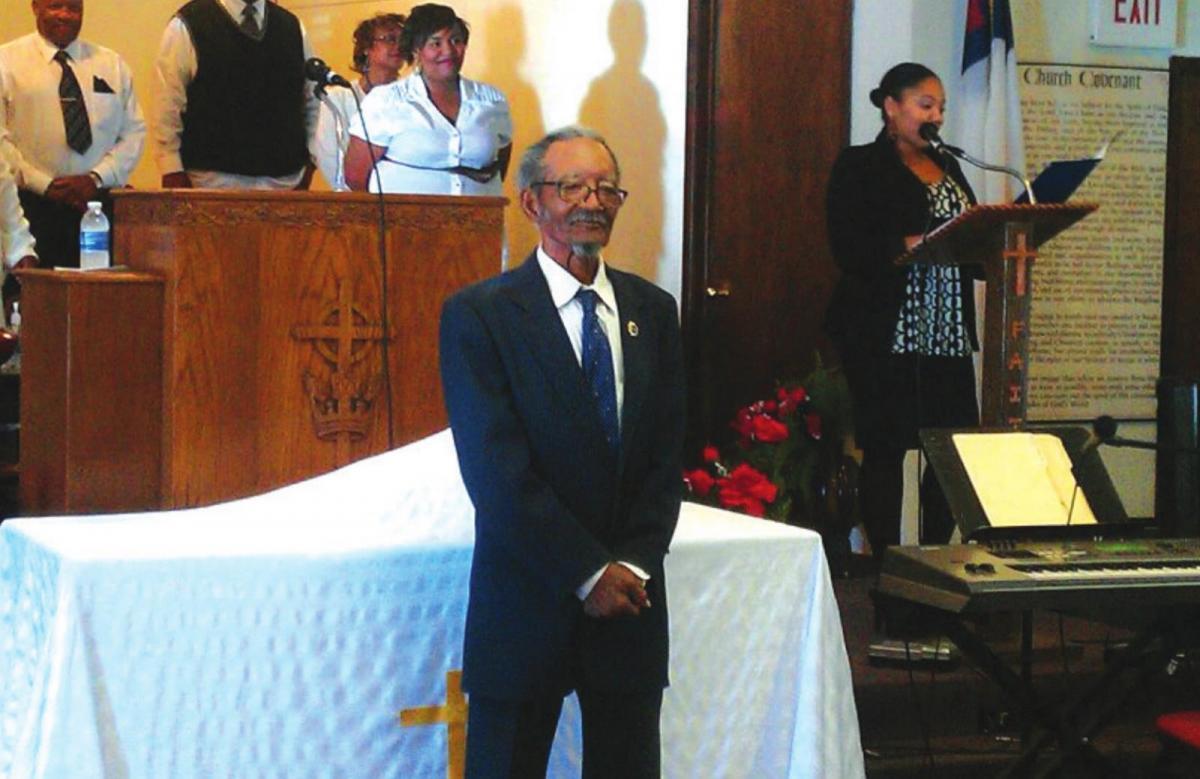 “In 2014, he and the Dunbar Heritage Association received a SMART Award for the San Marcos Arts Commission,” said Linda Kelsey-Jones, Community Arts Coordinator at Texas State. For decades, he served on dozens of boards, commissions and committees, working to make the community safe for the children of San Marcos.

“I think my grandfather was a kid at heart,” Alex Banbury said. “He was very playful. He always wanted something for kids to do. He had the four daughters, so he wanted to make sure little girls were safe doing stuff in town. He had a place in his heart for doing stuff for younger people.”

Dr. Holt said, “In his role as the director of playgrounds in the 1970s, Mr. Miller initiated summer recreation programs that served all children regardless of race or ethnicity.”

Therefore, it’s not surprising that any of those who grew up in San Marcos remember Miller for his vibrant energy and playful sense of humor.

“Harvey was a fireball, no doubt,” said Jessica Ramos, Recreation Manager at the City of San Marcos, who knew Miller from city-sponsored senior game days and community luncheons.

“To us, he felt like a superstar in San Marcos,” Banbury said of his grandfather. “If you just met him for five minutes, it was like you knew him for a life time. We were proud to be his grandchildren. Everyone knew him, the Good Looking Fella.”

Miller, who picked up the affectionate nickname “Miller Time,” also became well known in town for his humorous stories and popular catch phrases like, “If you don’t get old you die young,” and, “Hi, bye! Don’t cry.”

In order to honor Harvey Miller as a man of significant contribution, in 2009 the city of San Marcos proclaimed Nov. 7 as Harvey Miller Day.

“We want to have a day of servitude,” said Banbury, “where we serve the community the way he did. Maybe that’s one of the things we can do as a community.”

In addition to this, both Banbury and Ms. Miller agreed that one of the most meaningful ways to honor Miller’s legacy is by voting.

“Go vote, for sure, no matter what,” Ms. Miller said. “Exercise the right. That would be one way of honoring him in such a time as this.”

“He voted every year,” Banbury said. “Every opportunity he had. With it being around his birthday, that was something very important to him.”

As the Miller family comes together to celebrate the illustrious and impactful life Harvey Miller, Banbury, Ms. Miller and many other community members are working to archive the volumes of history Harvey Miller saved in boxes and scrapbooks throughout the years. The DHA and Calaboose Museum are working on a plan for lasting tribute to preserve Miller’s legacy for future generations.

“As he would say, ‘Hi, bye! Don’t Cry,” Banbury said. “He’s truly going to be missed, but he left enough that we can remember him.”