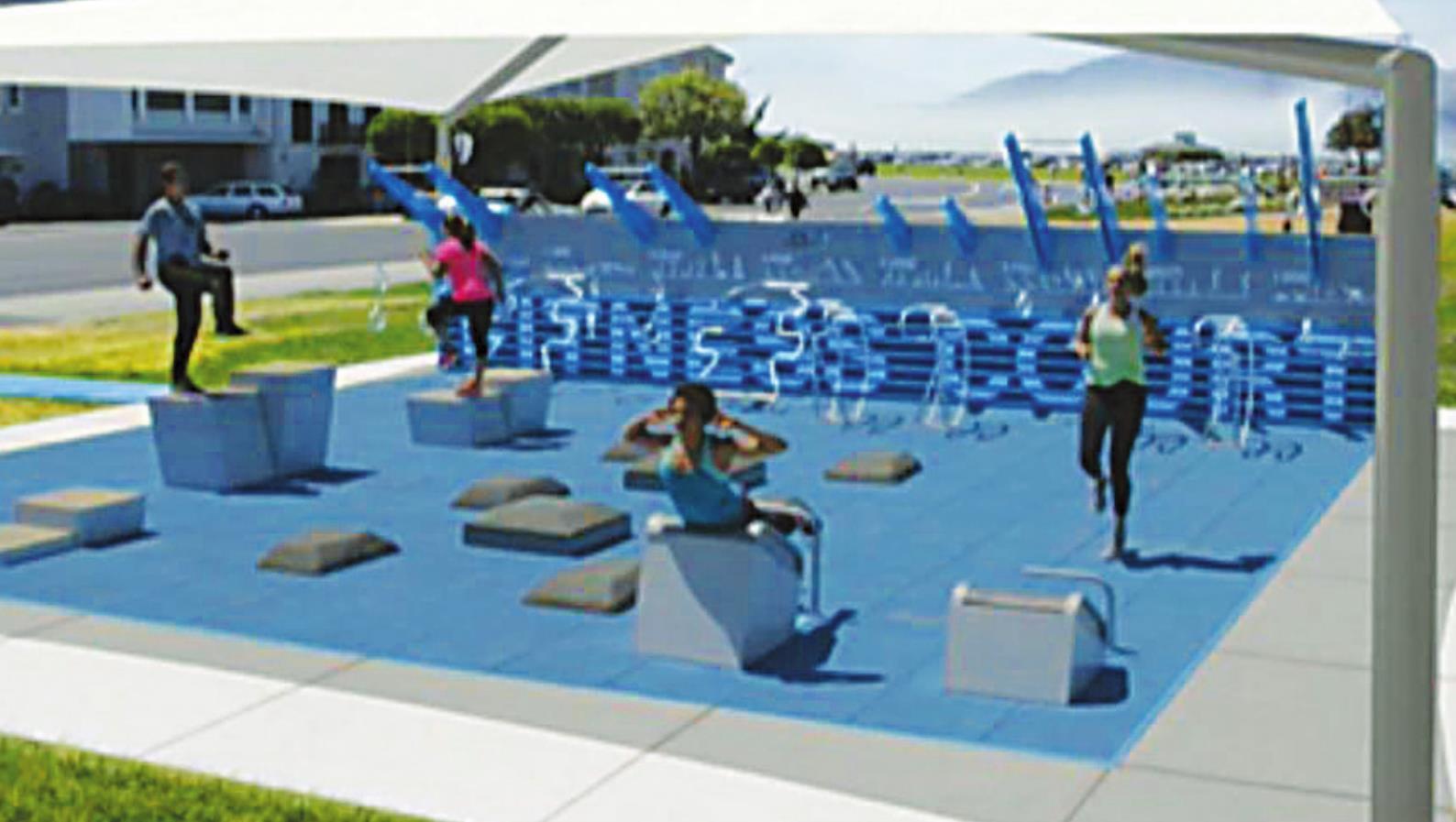 Design rendering of an outdoor fitness court. Courtesy of the City of Kyle.

City of Kyle receives $25,000 grant toward an outdoor fitness court

With a kickstart grant of $25,000 from the National Fitness Campaign, Kyle City Council will work with developers to install an outdoor fitness court for free public use.

The initially presented location of the fitness court is on undeveloped parkland between Marketplace Ave and North Burleson Street. The 13.5-acres of land in the center of town would also have a trail running through, eventually connecting to other city parks.

“I think we’re lacking amenities at [Steeplechase],” Rizo said. “I would feel better if we saw the court in that area since it’s still lacking.”

However, Councilmember Yvonne Flores-Cale was in favor of the initially proposed location.

“I like this location,” Flores-Cale said. “It’ll be by an underpass, so people from the east and west of town can visit.”

Council suggested developers offer a possible plan for both locations. A final location is yet to be set.

The total cost of the project is $130,000, some of which will be funded from the Parks and Recreation Department budget or developer (Public Improvement District). Parks staff will also seek sponsorships to offset installation costs.

“If developers contribute with a PID, it’s the folks who live in the community [of the initially proposed location] who would pay for the $105,000,” Mayor Travis Mitchell said. “If that’s the case, and developers agree to put it in their PID reimbursement list, then maybe it’ll be a good place because then we would get fully funded. But if not, I agree that there’s just a lot of unused space at Steeplechase Park.”

The National Fitness Campaign is an initiative to provide fitness courts allowing for free fitness opportunities to communities. A court offers self-guided circuit workouts consisting of 118 different components in its layout.

According to the city, possible completion of the project is expected by the end of 2021 or spring 2022, depending on when development begins.