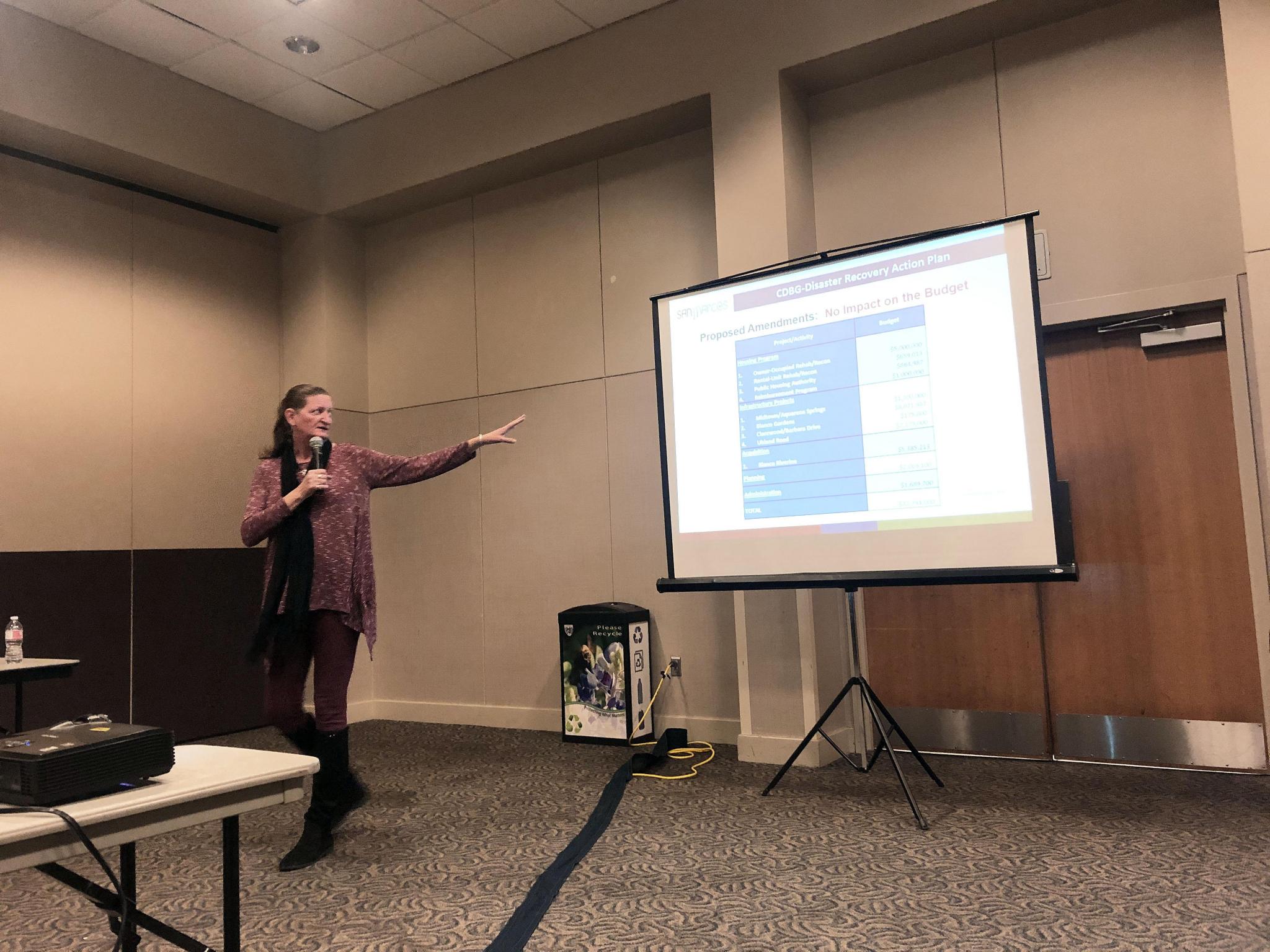 Wednesday’s meeting included two initiatives: Amendment 9 to the CDBG-DR and a presentation to detail where $24,012,000 of mitigation funds would be spent.

In response to the Memorial Day Floods and All Saints Day Flood of 2015, San Marcos received a $33 million allocation from the US Department of Housing and Urban Development to address disaster recovery efforts.

Amendment 9 includes a Single-family Housing Rehabilitation and Reconstruction project. If Amendment 9 is passed, any home within the city limits of San Marcos that was damaged in the two major 2015 flood events would be able to receive funding. Currently, only homes within the updated 100-year floodplain are eligible for funding.

Additionally, Amendment 9 would rename funds to be used for acquisition, rather than for construction.

“We currently have approximately $5.3 million in disaster recovery funds for the area. That amount isn’t enough for a construction project, but it is enough to purchase the rights to the project that will allow us to use those disaster recovery funds right away,” said Jacquelyn Thomas, City of San Marcos Engineering & Capital Improvements senior engineer. “This project includes a berm and a relay channel. The combination of these two will protect the neighborhood and surrounding area for up to a 50-year flood event.”

“This action plan has no impact on the previous budget,” said Thomas. “The budget presented for Amendment 9 was previously approved with Amendment 8.”

The biggest change for residents to consider is the reallocation of funds to expand to San Marcos city limits and rename funds that are used in the Blanco Riverine Infrastructure Project.

While many community members raised concerns about the amount of time it has taken for the city to act on flooding projects, the city reassured those in affected areas that all necessary steps are being taken to ensure their safety.

“The permitting process is where we identify impacts associated with our decisions,” said Michael Ostrowski, city assistant director for Planning and Development Services. “There are additional requirements that are brought up throughout this process, and we are doing our best to get through it as effectively as possible.”

The second portion of the meeting detailed the first steps in a second project under the. The CDBG Grant allocates $24,012,000 in grant money towards mitigation activities.

The federal definition of mitigation activities is listed as “those activities that increase resilience to disasters and reduce or eliminate the long term risk of loss of life, injury, damage to, and loss of property, and suffering and hardship, by lessening the impact of future disasters.”

The proposed program budget is listed as follows:

As Thomas explained, the CDBG- Mitigation Action Plan is being proposed to “Increase resilience to disasters or reduce or eliminate long term risks... by lessening the impact of future disasters.”

The final action plan is due to HUD on March 3.

The city is requesting commentary from citizens this February. Visit city's flood recovery website to comment on the city’s plan. There is a 45-day citizen commentary period.