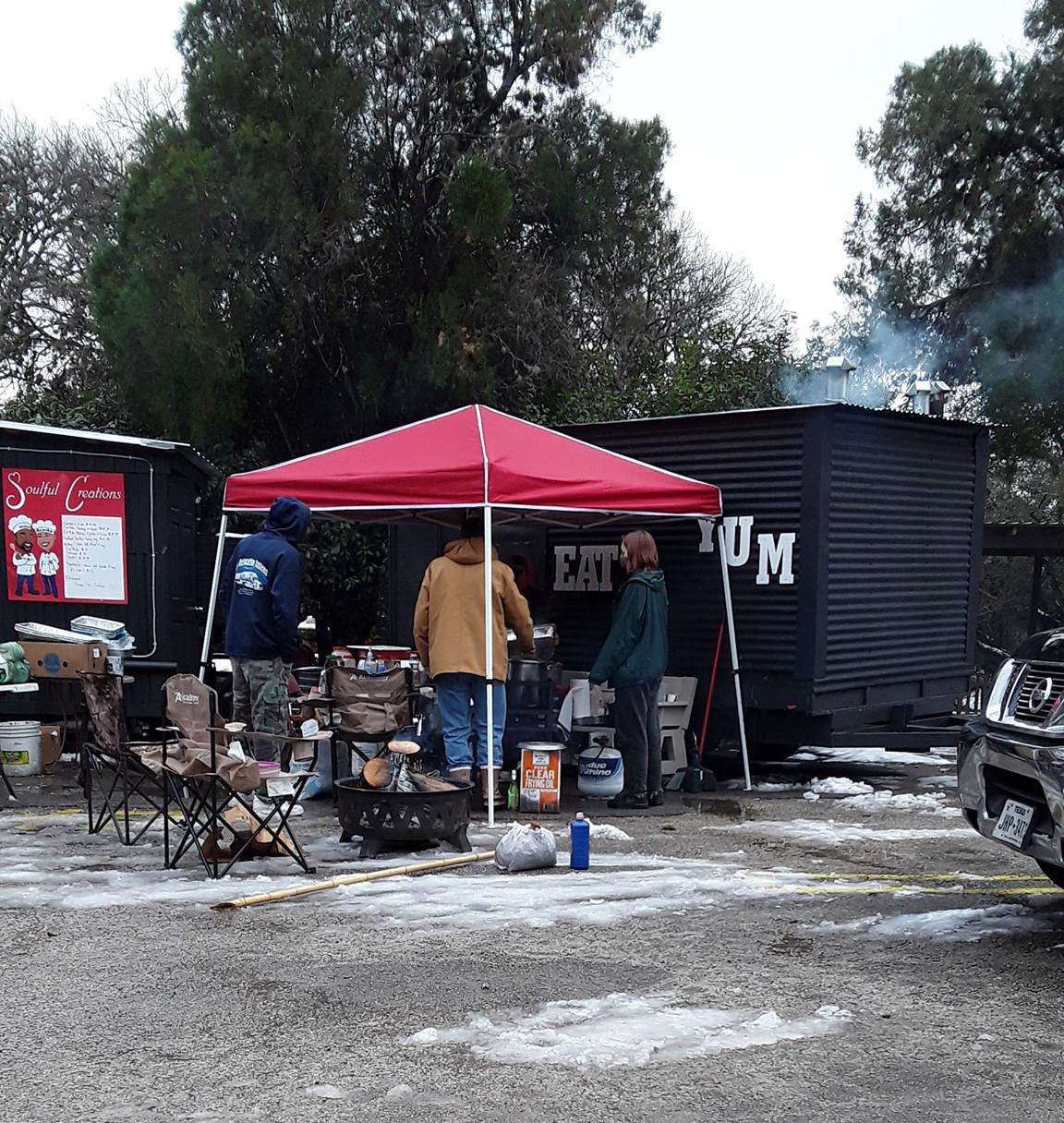 Hays County Food Bank, Willie and Ramika Adams with Soulful Creations, Tim Bauerkemper and others helped put together meals for those without houses. Photo Courtesy of HOME Center

The HOME Center has so far housed 150 residents, although that number may be higher with some residents sharing their shelter with others.

Volunteers worked hard with patchy phone and internet access to coordinate donations to continue sheltering people in motels as they were getting calls from concerned residents who said their motel vouchers ran out Friday, ahead of one last deep freeze expected Friday night.

“My phone has been ringing off the hook today,” HOME Center President Hannah Durrance said. “People are being released today and they don’t know where to go ... We don’t want to release anyone until temperatures are above freezing.”

Garza said people they put up on motels would not be released Friday.

“A lot of adapting had to be done,” Durrance said. “We have never had to do something of this magnitude ... We are trying to adapt as the weather changes. When we initially did this, we were prepared for three to four days.”

Volunteers put together food every night to provide those in motels with meals three times a day. By partnering with the Salvation Army, the HOME Center successfully delivered food to those in motels.

Southside is still looking for volunteers to continue to make and distribute meals, as many remain without water, electricity or shelter.

Garza credited Shanna O’Brien with San Marcos Code Compliance for much of the coordination to house those in need. He said while many were able to stay in motels, many single men, families and seniors stayed in Southside’s shelter and the gymnasium.

Many local businesses also aided the effort; Soulful Creations donated 150 meals each night, Pie Society donated pizzas and a local taco shop put together a spur of the moment order of 100 tacos.

HOME Center volunteers also checked on a few people in campsites that were not able to get to shelter, brought them food and ensured they had adequate blankets to keep warm.

Residents can help the HOME Center keep people sheltered by donating via venmo at @HOME-Center, online at https://www.homecentertx.org/donate, or through their Go Fund Me page.

Although they have exceeded their initial fundraising goal, they are still in need of funds to continue sheltering and feeding people past their initial expected release date.

“We would like to make sure we can cover extended stays for families with children or people with health conditions while performing follow up services to connect people with other resources,” HOME Center’s Vice President Teagan Debrock said. “Temperatures will still be in the 30s at night through Monday.”

Anyone wishing to volunteer with Southside Community Center can call 512-392-6694. Donations can be made at southsidecommunitycenter.org.