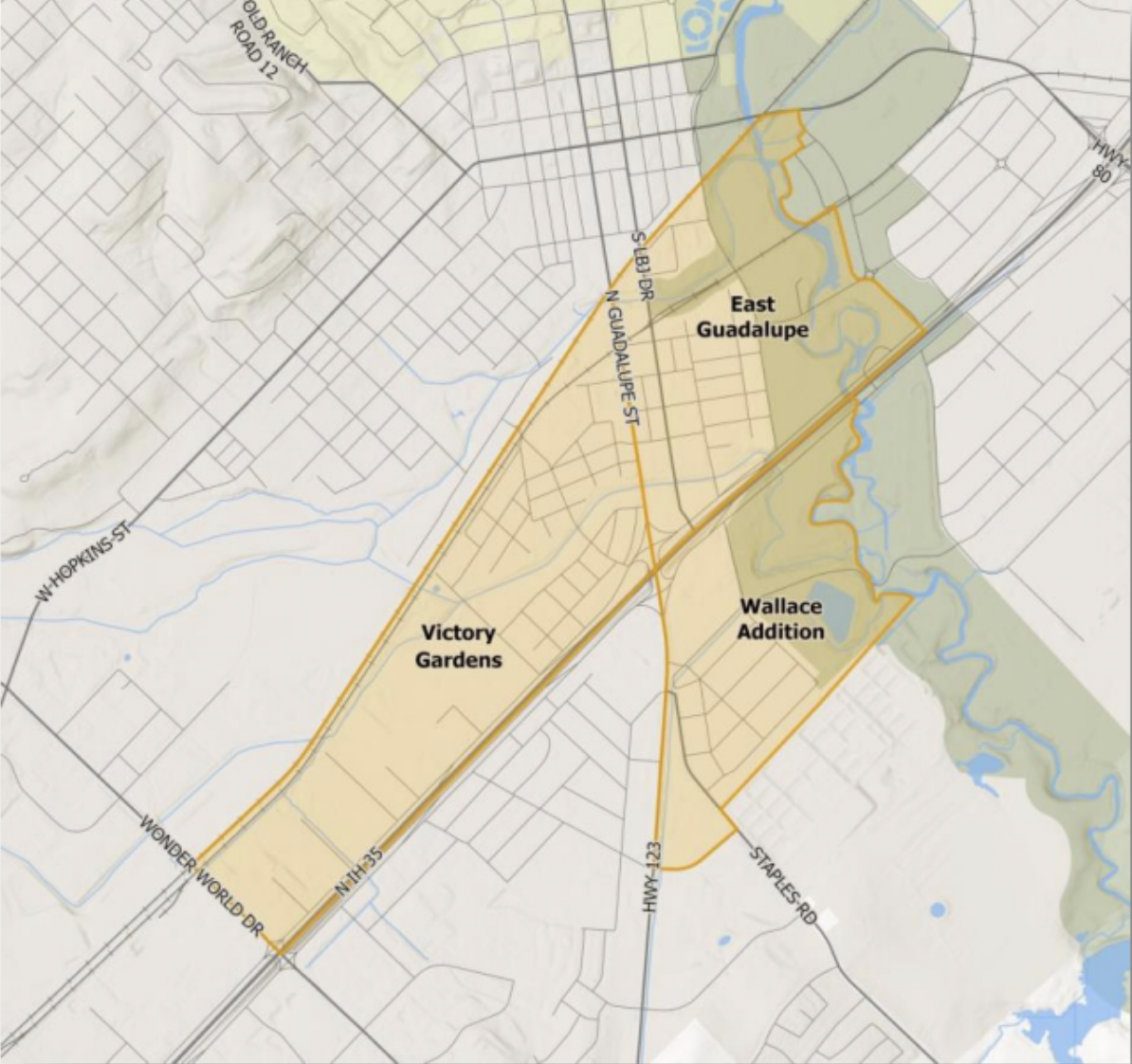 Community members gathered Thursday to discuss the establishment of a Mexican American and Indigenous Heritage and Cultural District for the City of San Marcos.

Dr. Ana M. Juarez, a retired professor of anthropology at Texas State University, and Bobbie Garza- Hernandez — owner of Pink Consulting — led a presentation during the meeting, highlighting the historical importance of the heritage and cultural district.

“Mexican American and Indigenous communities have long been discriminated against and our cultures, histories and languages have long been neglected and suppressed,” Juarez said. “Current buildings and neighborhoods continue to be lost today even as we speak.”

Families that lived in the earliest known neighborhoods were displaced and over time, many historic buildings within the community have been demolished.

“It’s a great honor for us to be able to bring this forward in this community,” Garza-Hernandez said. “My family is one of those families that was displaced.”

A letter was sent in support of the establishment of the district by Dr. Mario Garza, Board of Elders Chair for the Indigenous Cultures Institute.

“From our Indigenous perspective, many of our families have been here for over 14,000 years. This long term presence deserves acknowledgment,” Garza said. “In addition to longevity, the Mexican American and Indigenous community has retained volumes of ancient traditions and cultural heritage.”

As a member of the Council of Indigenous and Tejano Community, Garza-Hernandez explained how the organization has a mission to research and preserve the history of the Mexican American and Indigenous communities in San Marcos and Hays County.

“If we can bring attention to the value and importance of preserving the history of those initial Mexican American, Tejano, whatever you want to call them, that’s the starting point for us,” Garza-Hernandez said.

Previously, the Hays County Commissioners Court adopted a proclamation that recognized Hispanic Heritage month and the contributions made by the Indigenous and Tejano First Families of Hays County.

In regard to the next steps to take, Rolando Saucedo explained what would come next in order to establish the district.

The consensus in support of the resolution would then be addressed back to the city to add to the agenda for the council to vote on. San Marcos City Council previously postponed the item until their first meeting in November in order to receive input and finalize the resolution.

“The stories of many of you here in this room today, your stories are treasures. Your stories are priceless, there is no way we can replace them,” Juarez said.