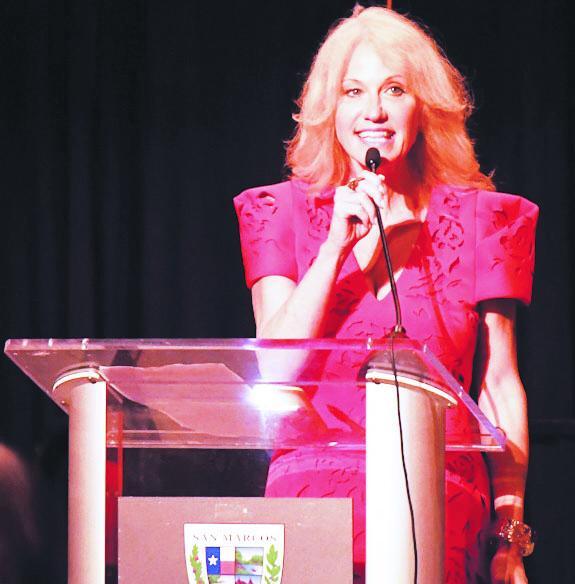 Above, Former Counselor to the President of the United States Kellyanne Conway speaks at the Hays County Republican Party Lincoln-Reagan Dinner as the guest of honor on Thursday. Daily Record photo by Lance Winter

It was a star-studded Conservative lineup coming together for the Hays County Republican Party Lincoln-Reagan Dinner in San Marcos. More than 600 gathered at the Embassy Suites San Marcos Hotel and Conference Center for the annual fundraiser on Thursday. Several heavy hitters of the Republican Party, including Lt. Col. Allen West, Republican Party of Texas chairman, attended the event. But it was Guest of Honor Kellyanne Conway who stole the show, revisiting with the crowd her time spent with President Donald Trump and a little about herself.

“I was raised to be conservative… to give more than you take,” Conway said. “No matter what anyone says about you remember there’s a greater, higher authority, that has a plan for you. I was raised by small businesses owners, emphasis on small. They worked seven days a week and took a little time off in the middle of a Sun day — after church — following our Sunday meal, so we could do things together.”

The political strategist told of her time with President Trump.

“People for decades have told pollsters they want someone with a ton of experience who's never held political office,” she said. “I give America a ton of credit for taking this chance on somebody who had never held elected office.”

She said to grow the conservative movement it was important to know where to begin.

“You don’t start with politics — you end with it,” Conway said. “Get to know people for who they are. Don’t be like everyone else, and encounter somebody and start judging them based on what they just said, or what meeting they went to, or the school they attended. Talk to them. Because out of the 18 things you disagree with, there may be three you agree on.” 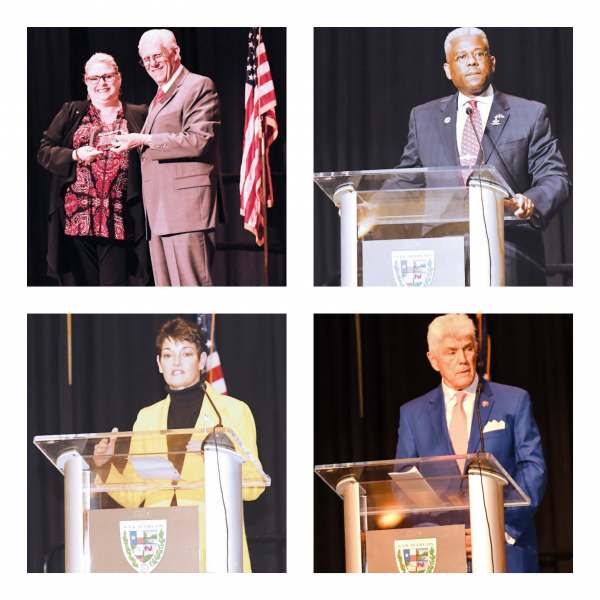