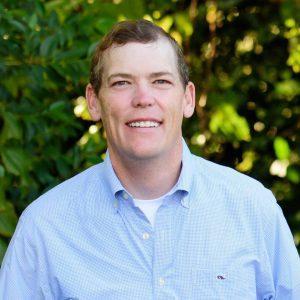 Smith will run in the Republican primary in March. Smith was first elected to represent Precinct 4, which includes Dripping Springs, Driftwood and Buda, in 2018.

“It's been a privilege representing the people of Pct 4 and over the last three years I have focused on maintaining the culture and community of our area while addressing the ever growing public safety, infrastructure and transportation needs,” Smith said. “I have fought alongside our men and women of law enforcement and won in the face of massive proposed budget cuts. We have worked hard to ensure our first responders have the equipment and personnel to meet the needs of our booming population.”

As he runs for reelection, Smith said in his campaign announcement that Hays County faces a crossroads, stating “decisions made over the next 5-10 years will lay the groundwork for the next 50-100.”

“We have to be mindful of wisely using taxpayer dollars and continue moving forward on critical infrastructure improvements related to transportation, emergency services, parks and open space, economic development and public safety, before the needs completely overtake our ability to address them,” Smith said. “I’m excited my neighbors and those involved in our community have asked me to serve again and I hope to continue to make them proud of that endorsement.”

Smith highlighted efforts to establish the first Conservation Development Title for any county in the state, the development of a number of parks and recreational facilities and major transportation improvements around the county in his campaign announcement. He also stated that he’s focused on veterans and mental health services to work closely with veterans throughout Hays County.

Smith has been named a two-time finalist for the Dripping Springs Chamber ”Hometown Hero” and “Small Businessperson of the Year” awards. He is an instructor and inaugural class member of Leadership Dripping Springs, Chaired the Educator Outreach Committee for the Dripping Springs ISD Education Foundation, has been named “Lion of the Year,” served as the fundraising chairman for Christmas on Mercer, and served on a number of boards such as the Lions, Rotary Club, DS Wildgame Dinner and the Texas Lyceum. Smith has coached baseball, softball and basketball at DS Youth Sports Association.