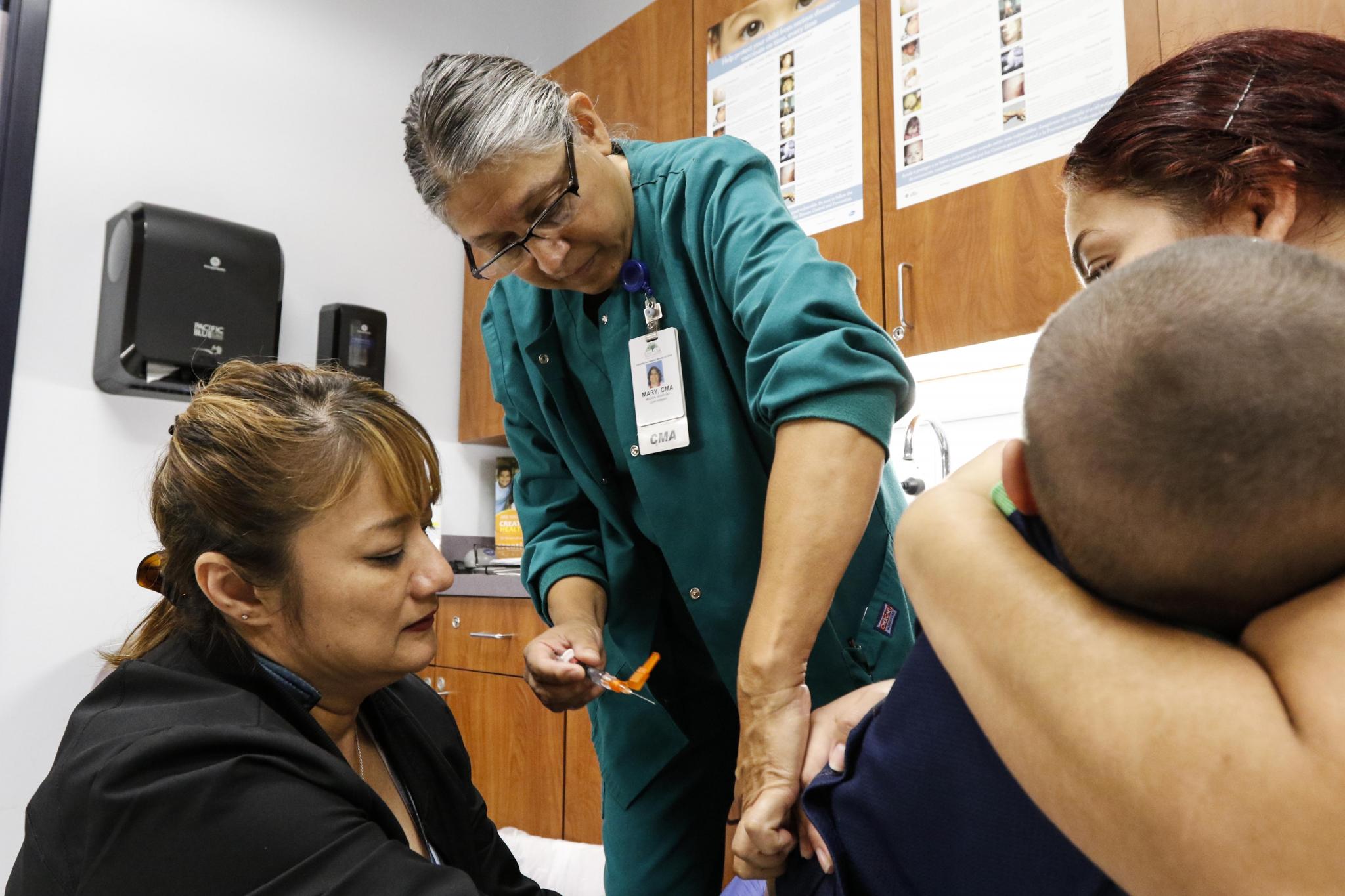 “It is highly recommended that anyone over the age of 6 months get a flu shot and help prevent an outbreak,” Schneider said. “Although the majority of adults can recover from the flu with proper medication, the flu can be fatal for children, the elderly and people with compromised immune systems.”

Complications from the flu led to 12 deaths in Hays County in 2018, according to Schneider.

“The best way to prevent the flu is to get a flu vaccine every year as soon as the vaccine is available to the public, and contrary to popular myth, the flu vaccine cannot give you the flu,” Schneider said. “Yes it is not 100% effective, as many people find out each year, but it increases your antibodies and allows your body to fight off the flu quicker and with less severe symptoms.”

To individuals who cannot obtain a flu shot or choose not to, Schneider recommends using other methods to prevent an outbreak such as regular handwashing with soap and warm water, using one’s arm or sleeve to cover coughs and sneezes and staying home when an individual is feeling sick.

“The holiday season is approaching and the cold weather tends to draw in large gatherings indoors,” he said. “Don’t let the flu be one of the gifts you are passing around this season.”

In other business, the court accepted the delivery of internal examination reports for the District Attorney's 2017-2018 Drug Forfeiture Fund Account and the 2017-2018 Elections Office.

In response to the report, District Attorney Wes Mau said after he took office in 2015, it became clear after a period of time that the office’s forfeiture accounts were not moving forward.

“The forfeitures cases that we had pending were not being prosecuted and were kind of languishing,” Mau told the court. “In an effort to try to get caught up, to try to get those cases to court to get those cases resolved, the first thing we had to do was make sure that our books were all in order. As we began looking at that, it became pretty clear that a lot of the accounting that had gone on with the asset forfeiture accounts over the years had not been adequate, the disbursements were done sporadically, there were cases that had been resolved that the accounts did not show as having been resolved.”

Mau said the office is going to be working with the Auditor’s Office more regularly.

“We're now doing our disbursements on a schedule every other month so that it's happening six times a year so we're not going to be getting behind, there not be any cases resolved with disbursements not being made,” Mau said.

According to the examination report of the Hays County Election Administrator’s financial records for the period of Jan. 1, 2017 - May 31, 2018, the review “disclosed several internal control weaknesses and opportunities for improvement in the Election’s Office.”

“Right away we did start looking at the contracts and fee schedules and the payroll system and the things that were in place and we started correcting those right away, in fact, some of them probably a little bit before the audit report. So just as the DA just said, these are things that we appreciate that help us identify areas and we've been working to improve those processes since I’ve been in that office.”

Anderson said poll workers are now clocking in and out through a Novatime timekeeping system instead of manually logging their time.

Future meetings will be held in the Hays County Historic Courtroom on the third floor, and the county will continue to livestream the meetings on Facebook until video streaming services in the courtroom are fixed.