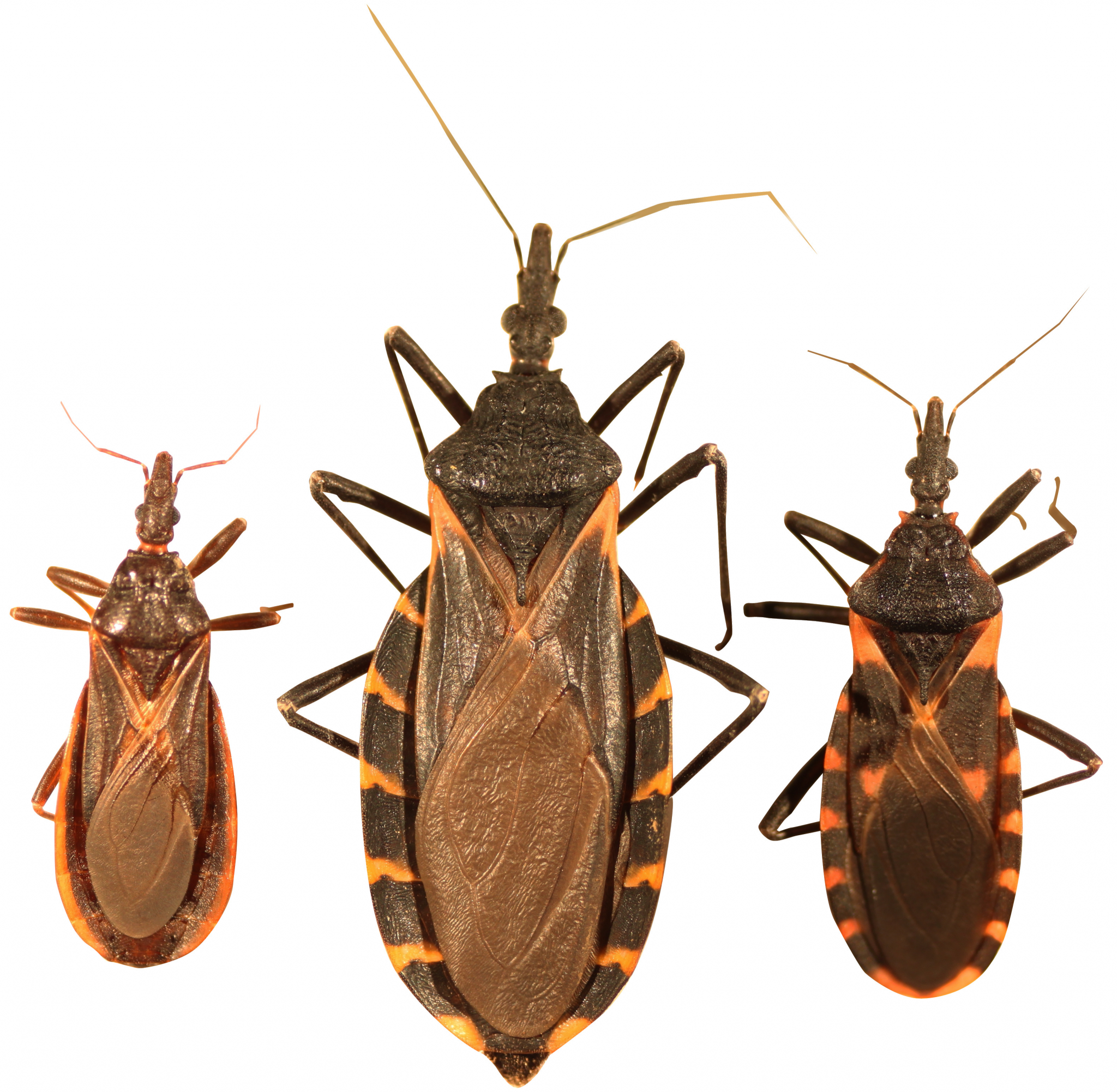 Experts with the Texas Chagas Taskforce are warning about a recent population boom of “kissing bugs” and the threat "kissing bugs" can pose for humans and pets as they spread Chagas disease.

“Kissing bug” is the common name for a group of blood-sucking insects called triatomines. Chagas disease is caused by a parasite, Trypanosoma cruzi, that lives in the intestines and feces of kissing bugs.

"These bugs are found across the Southern United States, Mexico, Central and South America, especially during the hot summer months," said Paula Stigler Granados, assistant professor in the School of Health Administration at Texas State University and lead organizer of the Texas Chagas Taskforce. "This parasite can cause Chagas disease in the people and animals it infects. Although infections from this parasite are not common, approximately 25% of people that are infected develop serious chronic disease, so early diagnosis is important."

There are 11 different kinds of kissing bugs in the U.S., with the majority of reports coming from Arizona, California, New Mexico and Texas. The taskforce is concerned by an unusual growth in the kissing bug population for 2020. The more kissing bugs that are out there, the greater the chance of them coming into contact with humans or pets.

"Our research is suggesting an above-average year for adult kissing bug activity in 2020," said Gabriel Hamer, associate professor in the Department of Entomology at Texas A&M University. "For example, we have collected over 300 adult specimens in a location when last year we had only collected six from that same location. We hope to identify what is causing this increase."

"I have been receiving an unusually large number of photos from people through our Facebook page of kissing bugs people have recently found in and around their homes," Granados said.

Kissing bugs usually feed on blood during the night, when animals or people are asleep or inactive. The bites are often painless and many people do not even realize they have been bitten. Kissing bugs can live indoors, in cracks and holes of housing, or in a variety of outdoor settings including under porches, under rocky structures, under cement, in rock, in wood, under piles or bark, in rodent nests or animal burrows, in outdoor dog houses or kennels or in chicken coops or houses.

Chagas disease can be difficult to identify. Many people do not have symptoms until years or even decades after being infected. The disease has two important phases.

Acute Chagas disease happens immediately after infections and can last about 8-10 weeks. During this phase, parasites may be found in the circulating blood. This phase of infection is usually mild or with no symptoms at all. Some may experience a fever or swelling around the bite site. It is rare to diagnose Chagas disease during this phase.

Chronic Chagas disease follows the acute phase. During this phase, parasites are not found in the blood and there are no symptoms. Most people are unaware of their infection and may remain without symptoms for life. However, an estimated 20–30% of infected people will develop severe and sometimes life-threatening medical problems that include heart rhythm abnormalities that can cause sudden death and a dilated heart that doesn’t pump blood well.

Chagas disease can reactivate with parasites found in the circulating blood in people who have suppressed immune systems, for example, due to HIV infection or chemotherapy.  Reactivation can potentially cause more severe diseases. Chagas disease often is a life-long diagnosis; however, there are treatment options available and requires regular follow-ups with your doctor.

In Texas, kissing bugs should be sent to Texas Department of State Health Services (TDSHS). Information about how to submit can be found at www.dshs.texas.gov/IDCU/health/zoonosis/Triatomine-Testing.aspx.

If the kissing bug tests positive, it is recommended that anyone potentially exposed to the insect consult a physician about getting tested. A positive diagnosis must be confirmed before any treatment options are provided.

"In addition to infecting people, the parasite can infect a wide range of domestic and wild mammals," said Sarah Hamer, associate professor of epidemiology in the College of Veterinary Medicine and Biomedical Sciences at Texas A&M. "There is increasing recognition for canine Chagas disease especially in Texas, where increasing numbers of household pets, working dogs, and hunting dogs are being diagnosed with Chagas disease."

Animal owners should consult a veterinarian if they suspect a pet may have come into contact with kissing bugs or has Chagas disease.

Any kissing bugs found outside the home and not suspected of biting a human may be sent to Texas A&M University Kissing Bug Citizen Science Program. Submission information may be found at kissingbug.tamu.edu.