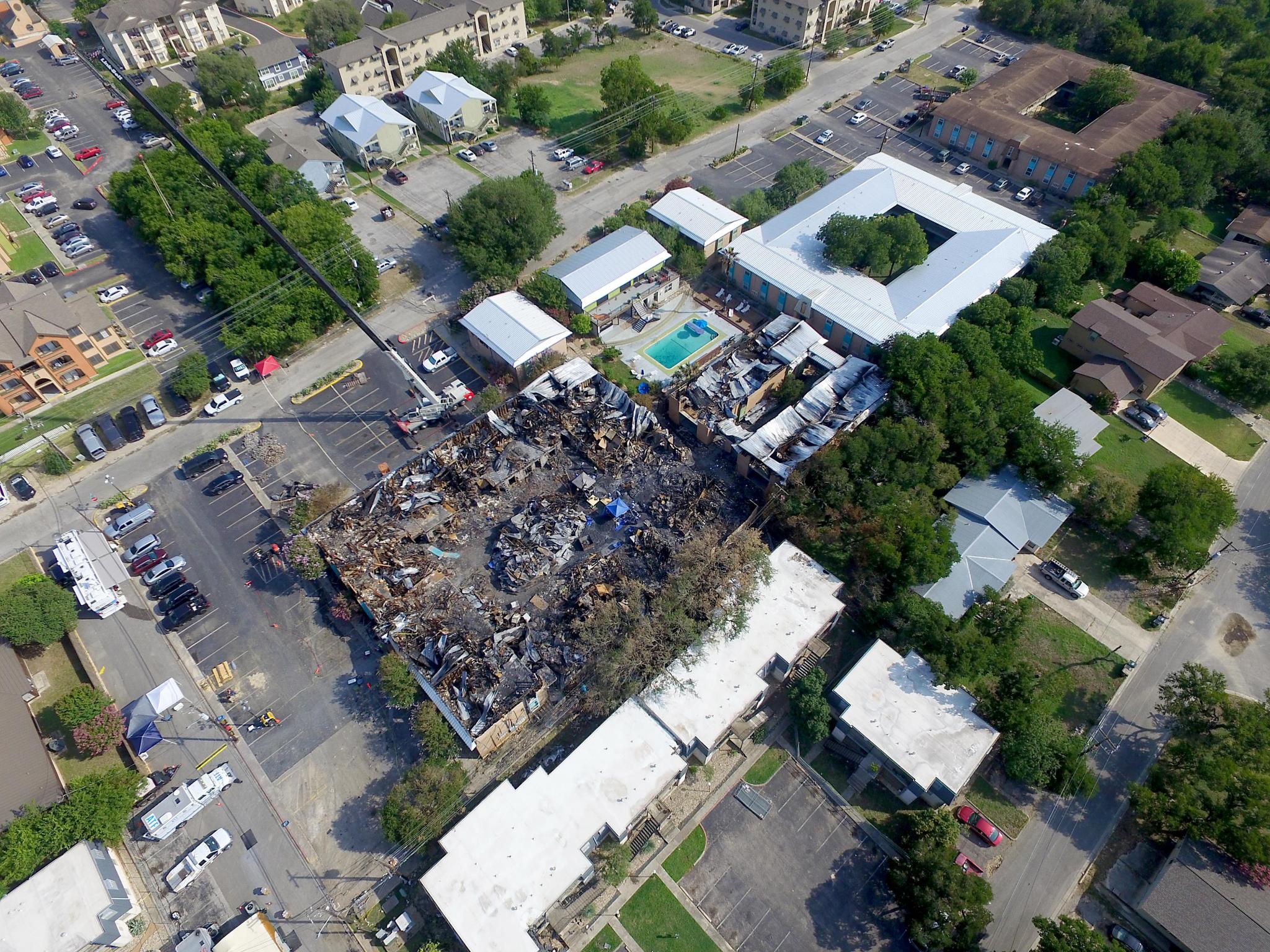 During the Iconic Village apartment fire that broke out just over a month ago, Zachary Sutterfield suffered head trauma and received burns over 70 percent of his body. And now, his parents have filed a lawsuit against the apartment complex’s owners and managers, alleging negligence, premises liability and gross negligence.

Karl and Deona Jo Sutterfield filed a case in the 201st Judicial District in Travis County on Aug. 16 naming San Marcos Green Investors, LLC; Elevate Multifamily, LLC; and apartment manager Deborah Jones as defendants. The Sutterfields have demanded a trial by jury and allege that Zachary Sutterfield is entitled to damages including past and future medical expenses, loss of earning capacity, pain and suffering, mental anguish, loss of enjoyment of life, physical impairment disfigurement and exemplary damages.

The plaintiff’s petition gives details of when and where the fire occurred and that five people died and many more were injured, including Zachary Sutterfield.

“According to the San Marcos Fire Chief, the apartment fire was the deadliest blaze in San Marcos’s history,” the petition reads.

Zachary Sutterfield remains in critical condition in San Antonio, where he went through several surgeries and received skin grafts at the U.S. Army Institute of Surgical Research Burn Center. The Sutterfields’ case was filed just the day before the apartment owners and managers responded to the first lawsuit filed against them after the fire. Phillip Miranda, whose son James was killed in the blaze, filed a suit in the 345th Judicial District in Travis County in July, and five Iconic Village residents later joined the suit as plaintiffs. The defendants, represented by Houston attorney Jennifer Akre, have responded to Miranda’s petition and want to move the case to Hays County. The Daily Record has requested a copy of the defendants’ answer from the law firm representing them.