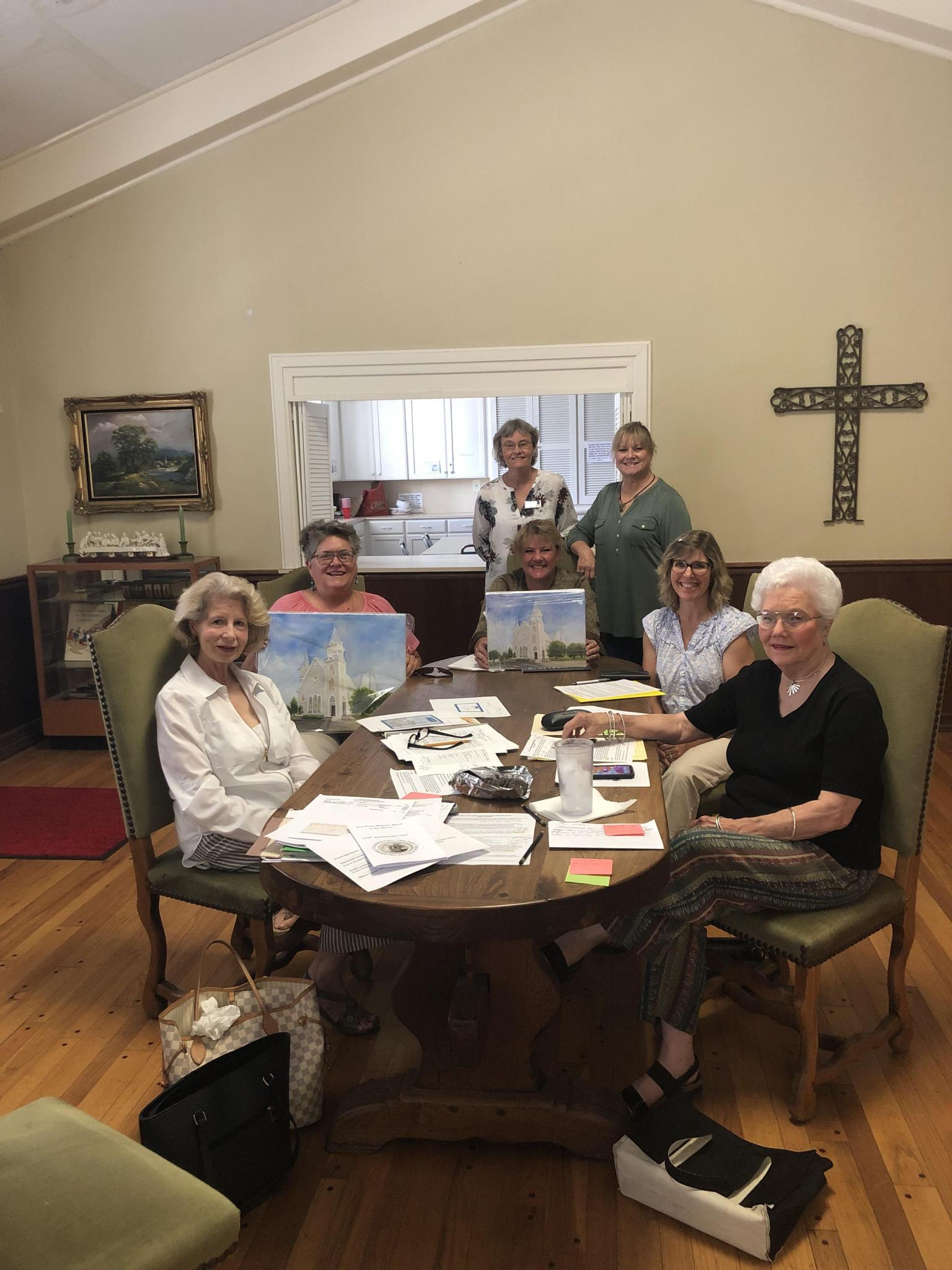 Do you know which was established first, the City of San Marcos or the Methodist church downtown?

• In 1847, Methodist circuit rider, A.B.F. Kerr organized the Methodist congregation in the log cabin home of John D. Pitts which was located about a block away from the current church. There were nine charter members: Five from the Pitts family, Reverend Kerr, Thomas McGehee, Minerva McGehee, and Michael Sessom. Eight of the nine are buried in San Marcos.

• The growing congregation moved to a log school building originally located on the hill above the current Meadows Center. The building served as a church, school, courthouse, and community hall. The building was moved to an oak grove below due to environmental conditions.

•The Methodist congregation joined with the Masonic Order to construct a two-story frame building facing Fredricksburg Street in 1855. Several denominations held services in this building, since in pioneer days, it was common practice for groups to share buildings. It was destroyed by fire in 1868.

• The congregation moved to the Chapel of Coronal Institute formerly located on the top of the hill where Lamar School Annex now stands. Founded by Orlando Newton Hollingsworth in 1868, Coronal Institute started as a private, coeducational school and offered military training to boys. In the years following, more and more Methodists became directly involved in the prestigious school.

• By 1872, a red brick building was complete for the congregation. The entrance faced Hutchison Street. The bell hanging in the church steeple is the oldest public artifact in San Marcos. Originally it hung in the chapel of old Fort Hawkins (Macon, GA). In 1817, the fort was abandoned, and the bell, in 1796, came into the possession of Captain Louis Lawshe. He later joined his daughter, Georgia, and son-in-law Col. Peter C. Woods in San Marcos. Captain Lawshe gave the bell to the church in memory of his daughter Georgia. After 19 years, the red brick church started crumbling and had to be vacated.

• The congregation returned to Coronal Institute while the church was being rebuilt. The present sanctuary was completed in 1893. The church is built in a cruciform Gothic Revival Style. Square nails and cypress beams supported by large cedar posts were used for the foundation. The church has a steeply pitch roof with metal shingles. The original col or scheme was gold with a rust red roof. Many of the original furnishings are still in the church.

This year the congregation celebrates the 175th Anniversary of the First United Methodist Church of San Marcos on Sunday, Aug. 7. The Anniversary Committee has been meeting for over a year planning the commemorative event. We honor all the blessings God has given the church as we serve our community. For more information go to fumcsm.org.