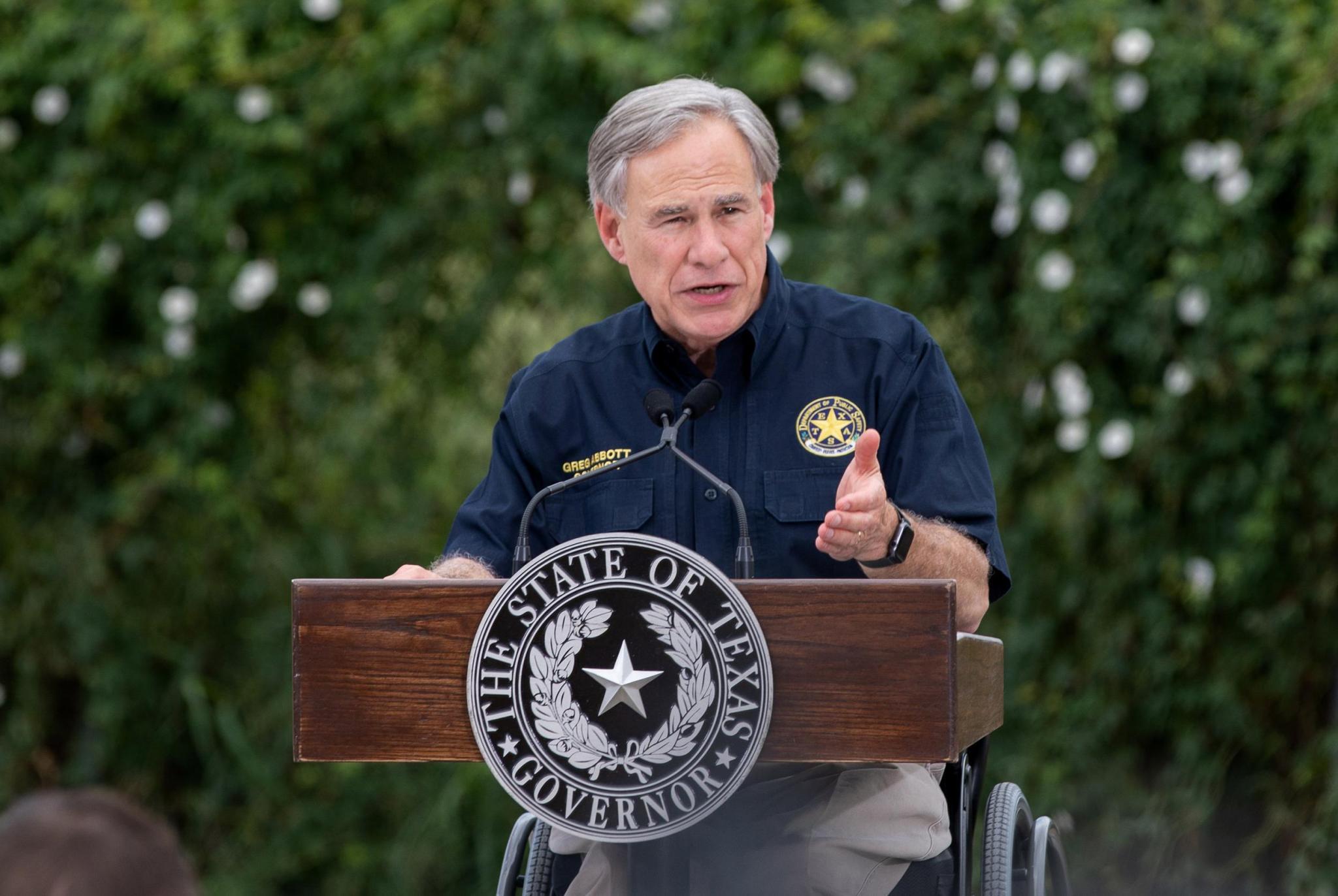 Gov. Greg Abbott speaks about the surge in immigration in 2021 at a border wall tour accompanied by former President Donald Trump. Credit: Michael Gonzalez for The Texas Tribune

Wed, 07/07/2021 - 9:59am
Abbott also put border security and restoring funding to the Legislative branch after he vetoed it on the special session agenda.
@TexasTribune
Patrick Svitek | The Texas Tribune
Wednesday, July 7, 2021

Gov. Greg Abbott has announced the agenda for the special legislative session that begins Thursday, asking lawmakers to prioritize 11 issues including an overhaul of Texas' elections and voting rules.

Most of the issues were anticipated after they did not pass during the regular session and Abbott faced pressure to revive them or had already committed to bringing them back.

Those issues include his priority bills related to elections and the bail system, as well as pushing back against social media “censorship” of Texans and critical race theory.

Abbott is also asking lawmakers to get him legislation that prohibits transgender Texans from competing on school sports teams that correspond with their gender identity. Abbott had voiced support for that during the regular session but had not given any indication he would add it to a special session despite a campaign by Lt. Gov. Dan Patrick to do so.

The special session agenda also includes funding for the legislative branch, which Abbott vetoed last month. He did so after House Democrats staged a walkout in the final hours of the regular session that killed the priority elections bill. The inclusion of the legislative funding raises the possibility that lawmakers could restore paychecks for their staff — and other staff at the Capitol — before the next fiscal year begins on Sept. 1.

The special session is set to start at 10 a.m. Thursday.

It is one of at at least two expected this year, with a later one coming on redistricting and the spending on federal COVID-19 relief funds.

Abbott’s agenda for the first special session notably does not include anything about the state’s electric grid, which was exposed as deeply vulnerable during a deadly winter weather storm in February that left millions of Texans without power. Lawmakers made some progress in preventing another disaster during the regular session, but experts — as well as Patrick — have said there is more to do.

On Tuesday, Abbott sent a letter to the state’s electricity regulators outlining a number of steps he would like them to take to “improve electric reliability.” But it appears Abbott does not want to reopen legislative debate on the issue for now.

This article originally appeared in The Texas Tribune at https://www.texastribune.org/2021/07/02/texas-special-session-greg-abbott/.