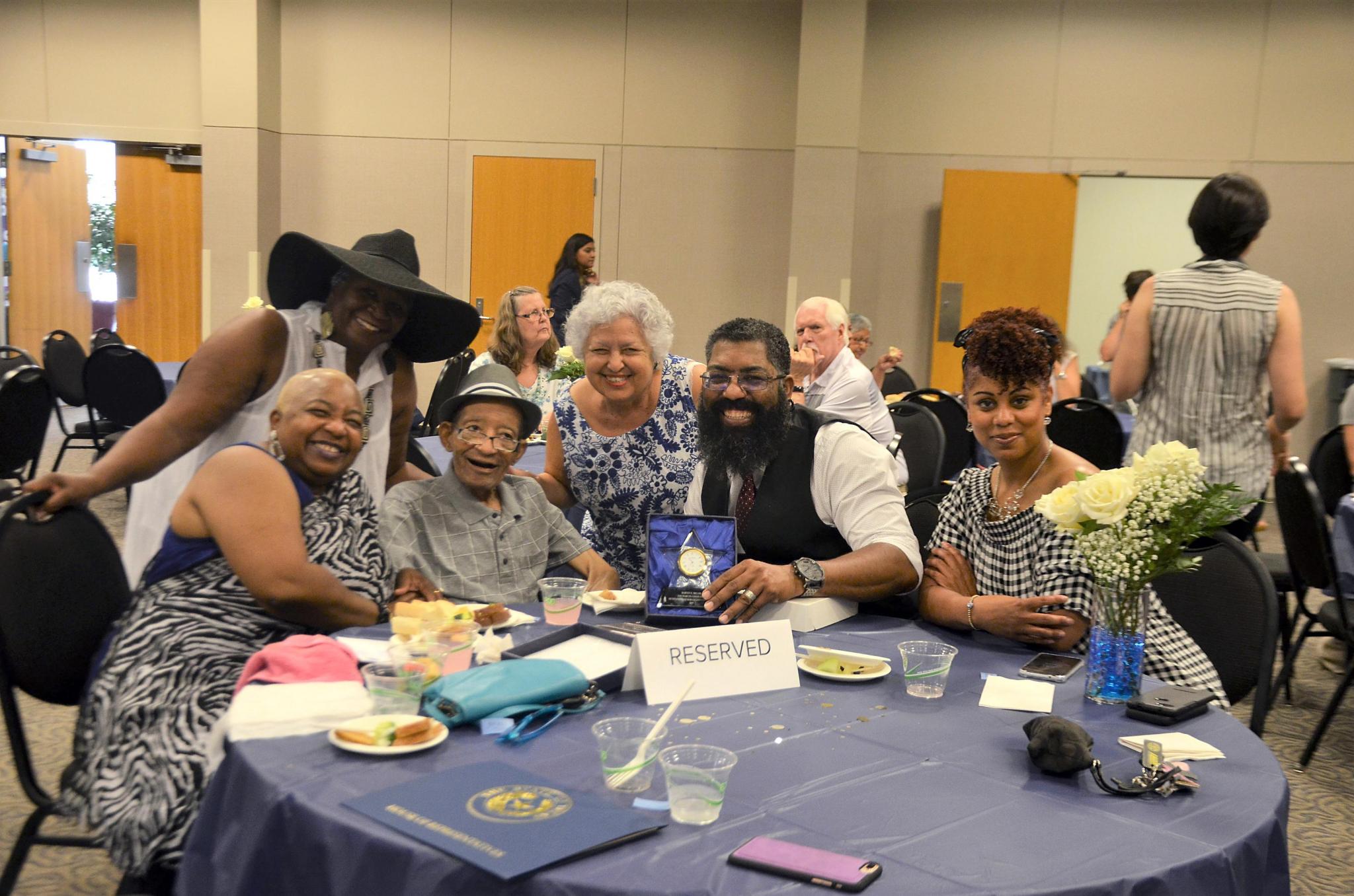 A legacy of service

Since 1962, Harvey E. Miller has been involved in volunteer work in both Georgetown and San Marcos. Miller received the 2019 San Marcos Community Senior Citizen Volunteer Award on Wednesday in honor of the bountiful contributions Miller has made within his communities. In addition to the award, Miller was presented with a flag from the Texas State House of Representatives that flew at the capitol in his honor, and his name is now engraved on a perpetual plaque located at the San Marcos Activity Center.

Eight years after the landmark Supreme Court Case Brown vs. Board of Education, which ruled racial segregation in schools unconstitutional, Miller began his legacy of advocacy.

“Mr. Miller was instrumental in finally getting the schools in Georgetown to desegregate,” said Sandra Martinez, chair of the San Marcos Senior Citizens Advisory Board. “He also organized the first black boy scout troop in Georgetown and was able to get the local boy scout camp to allow black troops for the first time to attend and participate in the camp.” 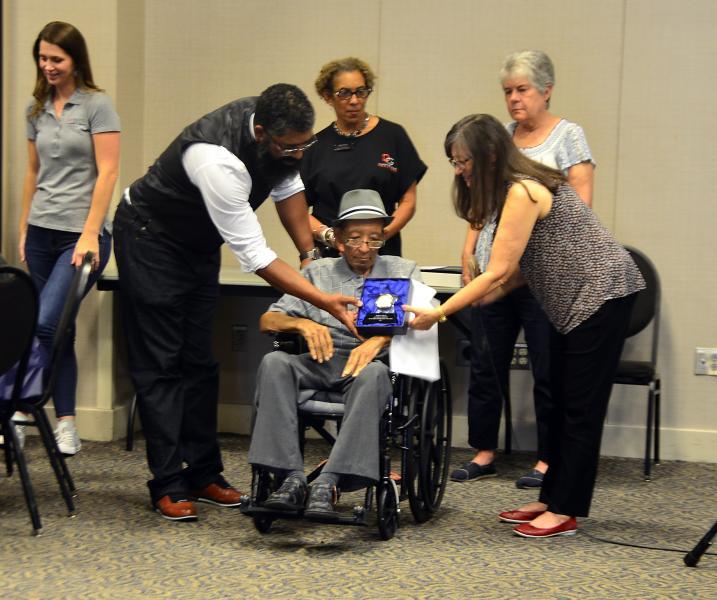 After moving to San Marcos in 1966, Miller began working at Gary Job Corps, where he stayed for 33 years.

“In 1968 Mr. Miller started a group called the Bridge Builders to bridge the gap between races in San Marcos and to build a park and recreation center at the old Dunbar school grounds,” Martinez said. “He organized the local community to create youth programs at the Dunbar community center that included a free summer camp. Mr. Miller organized the Dunbar political action community to help keep people informed and to encourage voting.”

As an active member of the NAACP, Miller “reorganized and revitalized” San Marcos’ Junteenth festival in 1978.

Additionally, Miller served the city on various boards and committees over the years.

“Thank you very much, Harvey Miller, a good-looking fellow,” Miller said as he accepted his award.