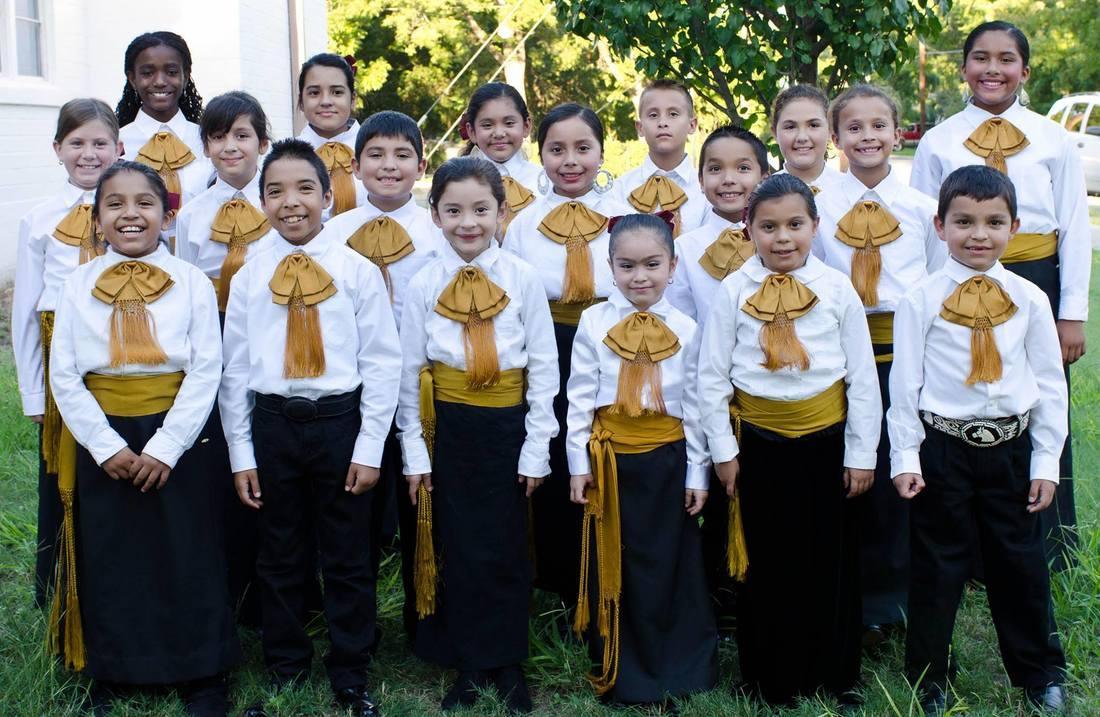 Students from the Youth Mariachi program pose for a photo. Photos courtesy of Mariachi Infantil

In an orphanage in Monterrey, Mexico, Padre Alvarez wanted to give orphans a skill, something they could take when they left La Cuidad de los Niños. He began a youth mariachi program called Mariachi Infantil, where three young Lopez brothers — Arturo, Alberto and Alfonso — learned mariachi.

When the brothers died in a Chigaco fire while on tour with their mariachi ensemble, Mariachi Chapultepec, John Lopez, Arturo’s son, was just five years old.

In 2006, Lopez, who is now the coordinator of Latin Music Studies at Texas State University, began a youth mariachi program in San Marcos at the request of several parents.

“In tribute and in memory of my father, I decided to call our youth mariachi ‘Mariachi Infantil,’” Lopez said. 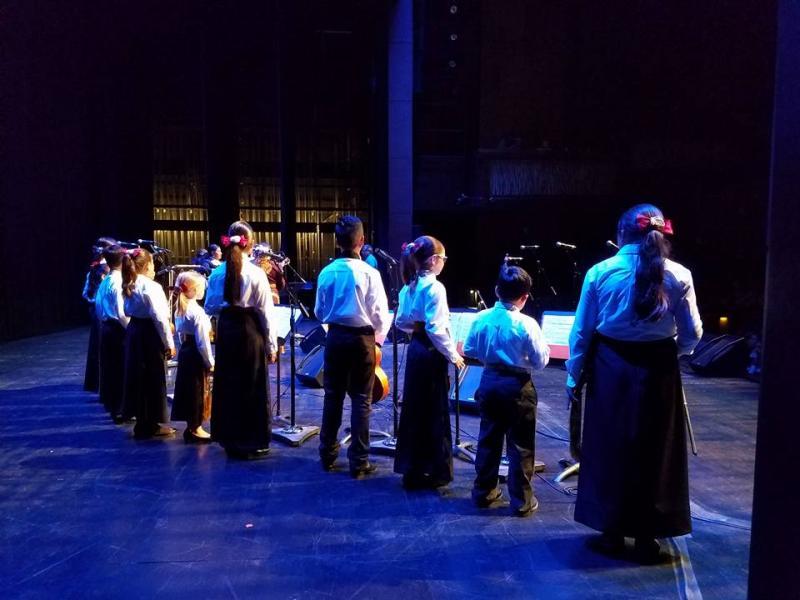 Lopez noted that the program aims to teach students musical concepts, which goes beyond simple memorization of a song.

“One of the things that we want to make sure that our program really stressed is we do want to teach mariachi music, however, we want to make sure we teach musical concepts through mariachi,” Lopez said. “So in other words, we’re not just teaching them how to play a song, we’re trying to teach them how to play music, so they can play many songs,” Lopez said.

In addition to music lessons, Mariachi Infantil allows students to learn about a culture they might not be familiar with.

“I think a lot of us assume that every one of the kids that attend our program, if they’re a Hispanic surname that they know about this culture, and they don’t,” Lopez said. “So we’re not only teaching the kids music, mariachi music, we’re also teaching them a bit about the Mexican culture that they’re not actually getting anywhere else.”

Lopez said mariachi music is considered the heart and soul of music from Mexico. Mariachi, as it is known today, was created in the state of Jalisco, and has since spread to the international scene. In the 1970s, mariachi ensembles began to be taught in schools in Texas, according to Lopez.

Mariachi Infantil offers 13-14 weeks semesters that culminate with a performance. In the fall, students play at the Texas State Mariachi Christmas Concert and the Sights and Sounds of Christmas, and in the springs students perform at Feria del Mariachi at Texas State.

For the past two summers, Mariachi Infantil has offered a week-long summer camp where students are taught singing, instrumentals, rhythm and theory.

When youth learn mariachi music, they also learn about the Spanish language. Lopez said when a class learns a song, the teacher will say a line in Spanish and go through the meaning of each word.

“Let’s pronounce this word, how will we use that word in a sentence?” Lopez said. “You know, and so we’re teaching a little bit of the language as well as the singing because if you’re going to sing a song, to really sing the song right you have to know what you’re singing about.”

Alma Quintanilla got involved in the program after her son began as a student when he was in the first grade. She acts as a parent liaison to help coordinate teachers and parents.

While three of her sons are involved in the program, her son Gael wants to continue his mariachi career by joining Texas State Mariachi.

“He’s enjoyed being able to interact with students with the Texas State mariachi group when they come and help with teaching the kids and during the concerts... “ Quintanilla said. “And so my kids — and I know most of the other kids — do like that interaction. And they get to see what they can become.”

Lopez said that support from different organizations across San Marcos has been crucial for the program.

“Without Mermaid Society, Texas State University, Arts Commission, Centro Cultural Hispano, none of this would be able to happen,” Lopez said. “So it’s really a community effort to bring this program to San Marcos.”

For more information about Mariachi Infantil, visit their website.