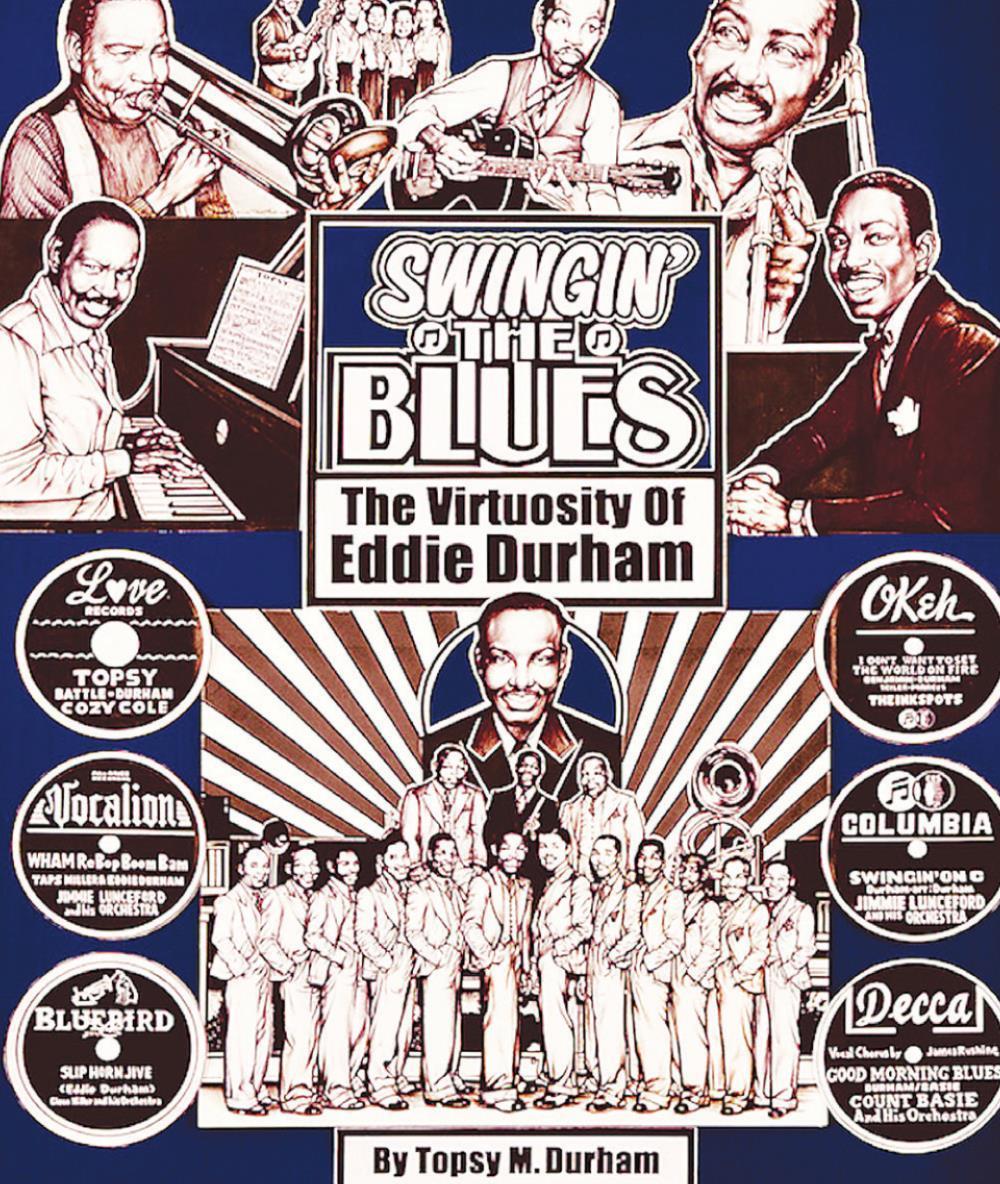 There are no comprehensive writings on Texan trombonist/guitarist, composer/arranger, pianist, choreographer and San Marcos native, Eddie Durham (1906-1987), or his unique musical family. A book — Swingin' the Blues: The Virtuosity of Eddie Durham — chronologically compiles news articles and flyers, transcribed radio interviews, quotes, personal interviews with family, peers, colleagues and scholars, of and about the travels of the Durham family. Collectively, Eddie Durham’s brothers and cousins worked in the Teddy Roosevelt Roughriders Homecoming Band, with T-Bone, Les Hite, Lionel Hampton, Nat King Cole, Harry James, Teddy Wilson, Buck Clayton and Lester Young. In his late teens, Durham himself roomed with Art Tatum as well as the Tommy Dorsey family. In the 1930s, at the dawn of American big-band jazz, while he was with The Blue Devils and The Bennie Moten Orchestras, Durham transformed the stomp band sound into the idiom of swing dance music.

While Durham was in The Count Basie Orchestra, it became the big-band model for swing music. This was because of Durham's chart-topping compositions and arrangements, notably "Swinging the Blues,” “Time Out,” “Out The Window,” “Every Tub,” “Magic Carpet,” “John's Idea” and his arrangements of “Moten Swing," "One O’Clock Jump” and "Jumpin At The Woodside.” These hits spawned the emergence of a dance known as jitterbug, also known as lindy-hop and now, almost a century later, Durham’s music still thrives through internationally-competitive swing dancing.

Scouted by bandleaders as a hit-maker, Durham provided big bands and big-band leaders — Jimmie Lunceford, Harry James, Jan Savitt, The Ink Spots, and the Sweethearts of Rhythms, to name a few — with show-stopping smash hits, both sweet as well as bombastic flag-wavers. This included compositions for Wynonie Harris, who was studied by Elvis Presley.

Durham wrote a six-part harmony for brass in the 1930s and coached brass sections in stage tricks seen in footage from the 1930s, which the Durham Brothers recorded in the 1920s while traveling with the southwest circuses.

In the 1940s, as musical director of four of the most popular all-women orchestras, he led an extensive USO tour sponsored by Eleanor Roosevelt. He also experimented with electricity for his guitar and was one of the first to record on an amplified guitar and on electric guitar. On trombone, he utilized a non-pressure technique that kept his lips scar-free. He wrote “Wham, Re-Bop-Boom-Bam” for Glenn Miller, which achieved great fame for this popular bandleader. Durham's 1939 arrangement for “In The Mood,” was inducted into the National Academy of Recording Arts and Sciences (NARAS) Hall of Fame. Eddie wrote "Glen Island Special" and "Sliphorn Jive" for Glenn Miller, as performed by his Orchestra. Durham’s composition “I Don't Want To Set The World On Fire” was popularized by The Ink Spots and later appeared on the video game soundtrack for Fallout 3. One man did all of this and more. However, Eddie Durham's story and unique 'inside perspective' of band members and especially of the bandleaders he helped popularize, has never been told until now. 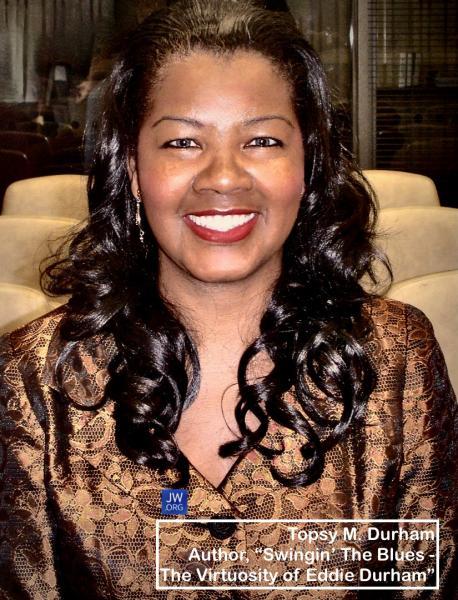