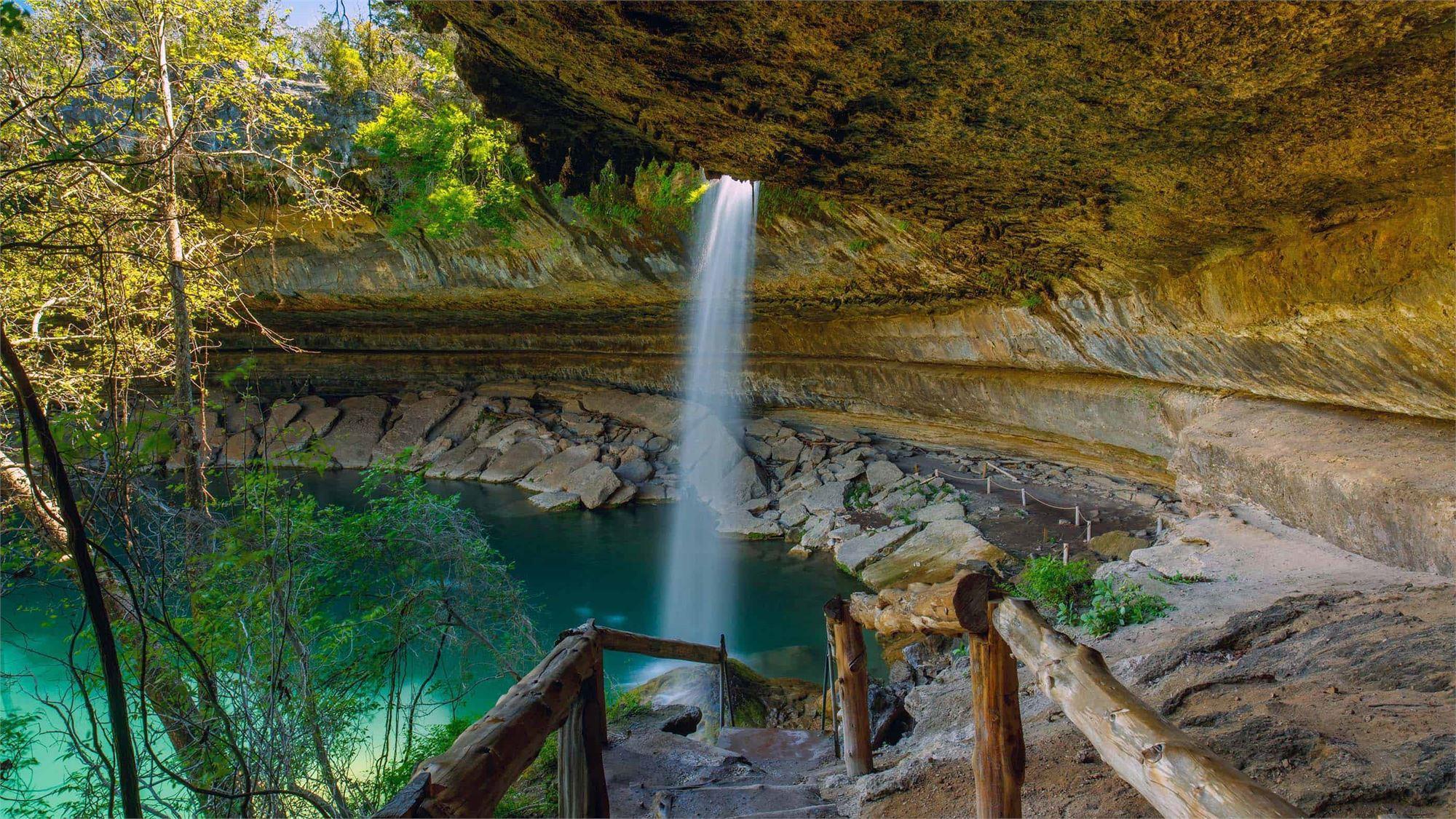 Hamilton Pool Preserve has announced no swimming allowed for the foreseeable future due to falling rocks. Photo courtesy of Dripping Springs Visitors Bureau

No swimming at Hamilton Pool for foreseeable future

One of Central Texas’ most beautiful watering holes is open, but you can’t swim there any time soon. Hamilton Pool Preserve has announced no swimming allowed for the foreseeable future due to falling rocks.

“Following the big freeze in February rocks have been falling with increased frequency at many locations in and around the pool,” a statement on the website reads. “We are working with geologists to assess the hazard. We do not expect swimming to be allowed this summer.”

Additionally, Travis County Parks has closed off the trail that runs under the overhanging cliff. The Saturday morning guided hikes at Hamilton Pool Preserve are also suspended until further notice, although park officials hope to resume them later this summer. Visitors can access the beach, but cannot walk all the way around the pool to below the waterfall.

If you do happen to visit the park, you can still enjoy bird-watching, especially sightings of the Golden-cheeked Warbler which calls Hamilton Pool Preserve home.

“The numbers vary with the season, but research shows the Hill Country is home to approximately 430 bird species,” President and CEO of the Dripping Springs Visitors Bureau Pam Owens said previously. “Of particular interest to birders are the Golden-cheeked Warbler and Black-capped Vireo. Both are on the endangered species list, highly protected and can be seen in the Dripping Springs area.”

In addition to birds and wildlife, visitors can also enjoy a haven of beautiful plants and trees. The uplands of the preserve are a juniper and oak savannah with a variety of native grasses and wildflowers. Several rare plant species including canyon mock-orange, red bay (western-most colony of this eastern species), and chatterbox orchid are known to occur in the canyon areas along Hamilton Creek.

Hamilton Pool Preserve was designated a nature preserve by the Travis County Commissioner's Court in 1990. Located 3/4 mile upstream from its confluence with the Pedernales River, Hamilton Creek spills out over limestone outcroppings to create a 50-foot waterfall as it plunges into the head of a steep box canyon.

To learn more and to reserve an appointment, visit https://parks.traviscountytx.gov/parks/hamilton-pool-preserve.