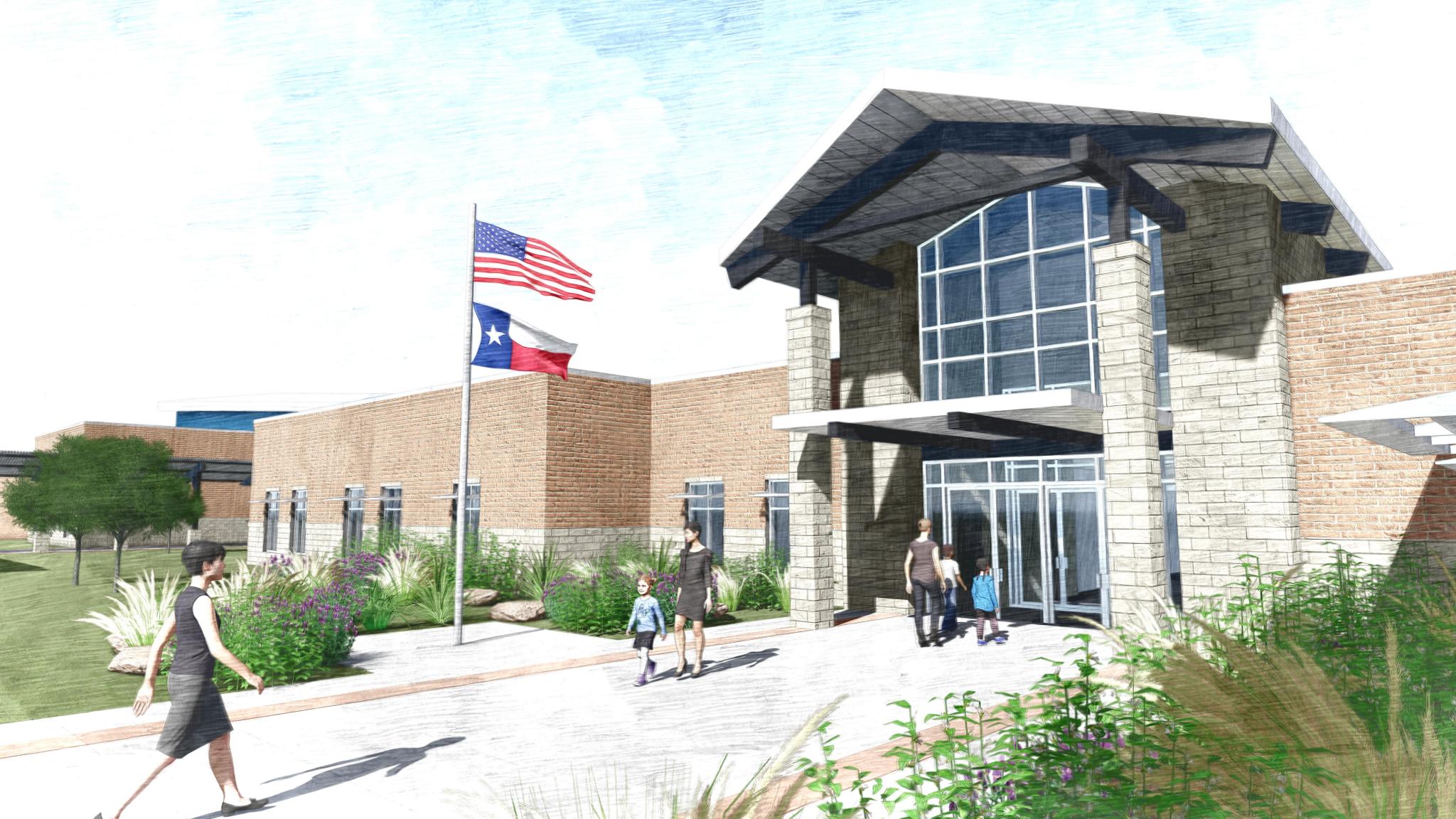 Final rendering of the primary school that will feature the One Water School system. Artists' rendering

One Water School gets final approval

WIMBERLEY — The final steps for the One Water School system were finalized and approved last week by the Wimberley Independent School District marking the final major planning step in a process that many think is historical.

Construction has started on the new primary school at the corner of Winters Mill Parkway, which will be around 90,000 square feet, and now the final touches for the wastewater system are ready.

“It is historic,” Nick Dornak, with the Cypress Creek Watershed Protection Plan, said. “There are no schools in Texas that incorporate all of these different water conservation and water quality protection features... This project is very important so that we can show people how this works in reality not just in some kind of theory or textbook. We can show it on the ground. We can use this.”

The idea of a One Water School is basic. The reality is much more complicated.

The intent is to handle both water and wastewater in the most environmentally-friendly way possible.

Last week, the school board selected the wastewater treatment method suggested by the Meadows Center for Water and the Environment from Texas State University.

From a water reuse stand point, rainwater is collected from the roof and runs through clear pipes throughout the building in order to be a visual teaching aid for students. That water, along with collection from the HVAC units, will be used to flush the toilets in the school.

“The fact that we are reducing potable water demand by potentially 90 percent is huge for the sustainability of Jacob’s Well and Cypress Creek,” Dornak said.

“Water is precious around this area,” York said. “Our property is located between Jacob’s Well and Blue Hole. We felt a responsibility to try and do something like this.”

But just because an entity wants do be environmentally responsible doesn’t make it easy. The fact that the new Wimberley school will be the first One Water School in Texas means Wimberley is blazing a new trail. That took additional effort, not just from the school board but also the contractors and the Meadows Center for Water and the Environment from Texas State University.

“It was definitely a group effort,” York said. “We finally ended up with a system that works for everybody. It was a massive project.”

The Meadows Center suggested a designer that is versed in the concepts of One Water. The school’s hired civil engineers then vetted those designed plans extensively.

York said that the costs for the construction of the One Water sewage system were very similar to what the costs would have been for more traditional methods of wastewater treatment. He also said that there are potential savings expected throughout the life of the treatment system.

In the end, it is a project that many hope will be a game changer when it comes to reusing water.

“It shows that this type of work can be done and will be done and will have tremendous benefits for the valley,” Dornak said. “It will be our proving ground for One Water. The implications are large in terms of how the ripple effect might be able to take hold throughout the Hill Country.”

The construction of the school is planned to be finished before the 2020 school year begins.