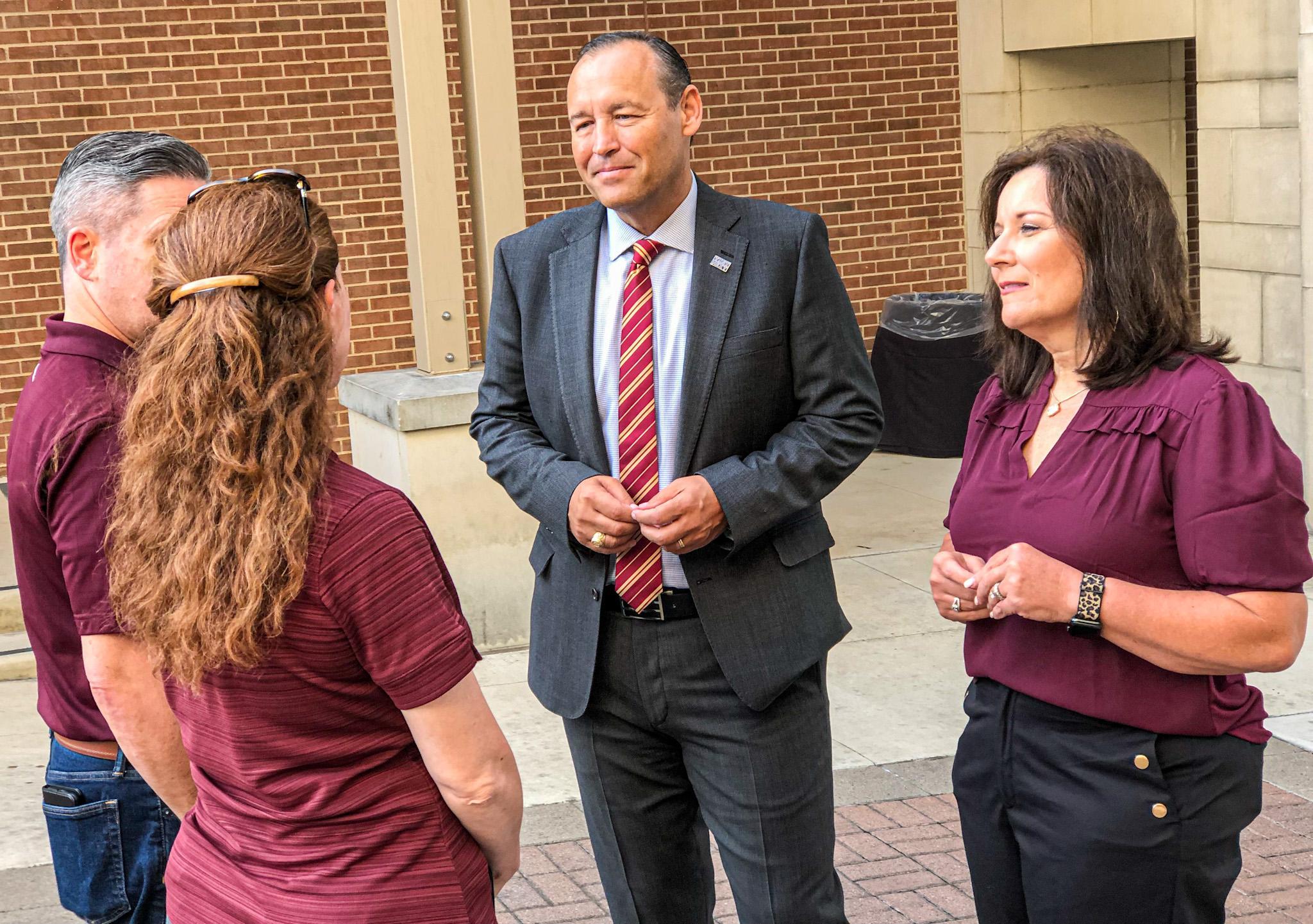 Kelly R. Damphousse, Ph.D., became Texas State University’s 10th president on Friday. Above, Damphousse and his wife, Beth, meet and greet with university students, staff and faculty during an event at Texas State on Friday. Below, a crowd waits to speak with Damphousse during his first day on the job. Daily Record photos by Lance Winter

Damphousse hosted a meet and greet under the arch of the Denise M. Trauth and John L. Huffman Undergraduate Academic Center on Friday where he and his wife, Beth, connected with students, staff and faculty.

Prior to becoming president, Damphousse said he was humbled to be considered for the Texas State University presidency.

“To be able to build on the tremendous trajectory that President Trauth has established would be a great honor,” Damphousse said in a previous statement. “My wife, Beth, and I are excited about the possibility of returning home to Texas, and the opportunity to serve the faculty, staff, students, alumni and friends of Texas State University.” 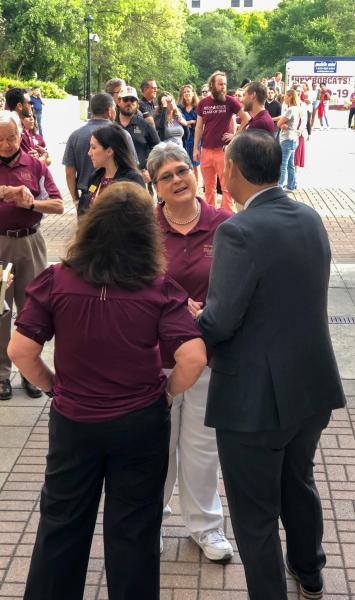 Damphousse previously served as the president of Arkansas State University in Jonesboro, Ark since 2017. Prior to his time at Arkansas State, Damphousse served as Associate Dean, Interim Dean and Dean of the College of Arts and Sciences at the University of Oklahoma. He also served as OU’s faculty athletics representative from 2012-17, where he provided oversight on NCAA and Big 12 conference compliance issues

Damphousse began his academic career at the University of Alabama at Birmingham as an assistant professor and at Sam Houston State University. He later joined the OU faculty in 1997.

The Texas State University System described Damphousse as an accomplished scholar who has conducted extensive research on terrorism and substance abuse while risking through the faculty ranks to become a tenured Presidential Professor of Sociology.

The Texas State University System Board of Regents made the decision to name him the university’s 10th president during a special called meeting in April.