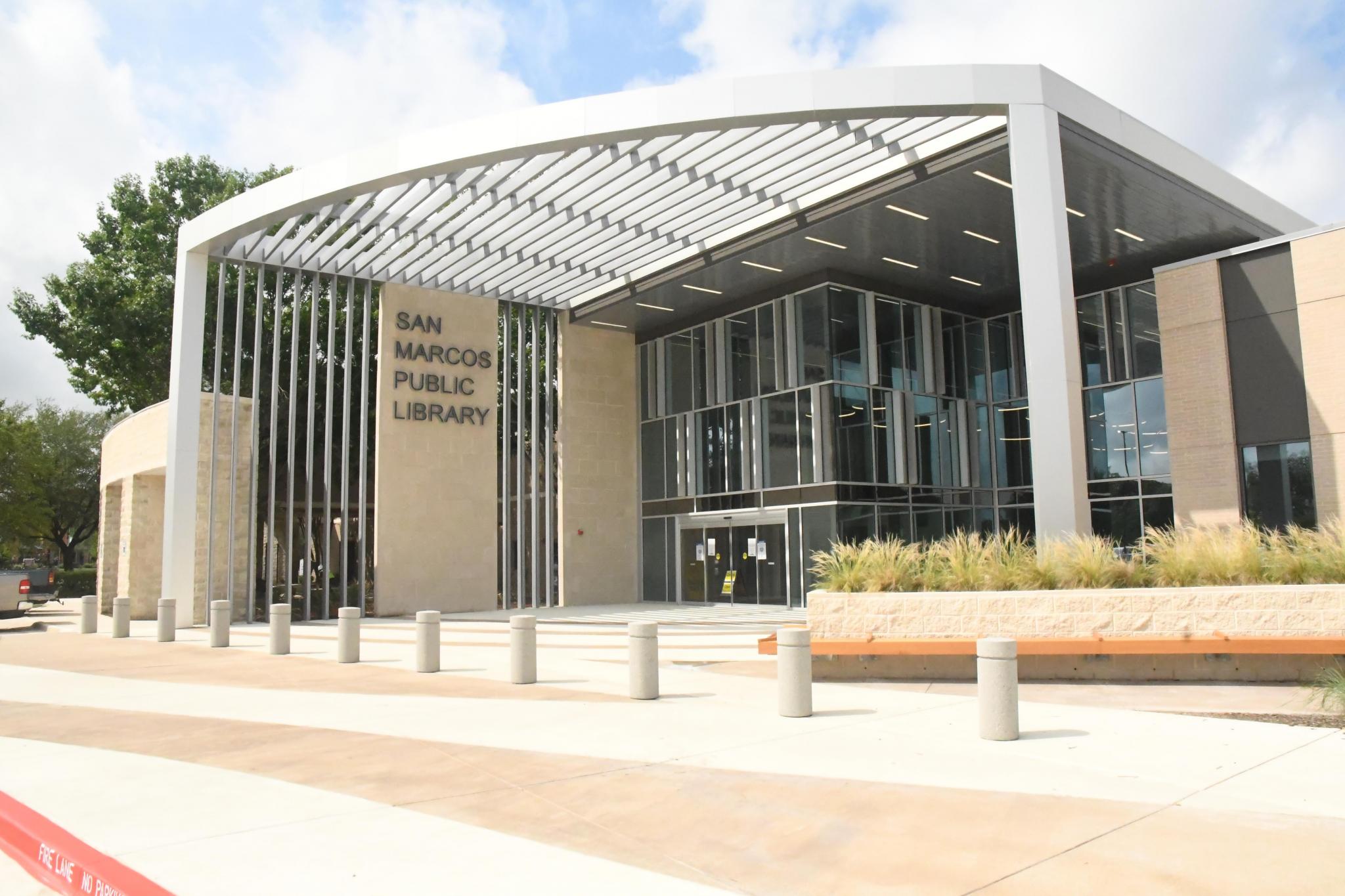 Residents are invited to a dedication ceremony Friday to celebrate the recent completion of the San Marcos Public Library’s expansion and remodel project. Daily Record photo by Lance Winter

Residents are invited to a dedication ceremony Friday to celebrate the recent completion of the San Marcos Public Library’s expansion and remodel project.

The City of San Marcos will host the event which will feature speeches from Mayor Jane Hughson, U.S. Rep. Lloyd Doggett and Director of the Texas State Library and Archives Commission Mark Smith. Poet E.D. Watson will also speak at the event, with Library Director Diane Insley serving as master of ceremonies.

“We’ve been waiting for years to see this project become a reality and we’re excited to officially welcome everyone to the new space,” Insley said in a statement. “Our goal with the expansion was to deliver a contemporary space that meets the growing community’s needs, and I think it does that and more.”

The expansion and remodel project was approved by voters in 2017. The city broke ground on the $14.75 million project in the fall of 2019. The expansion added 28,000 square feet to the building which includes a new makerspace, technology hub, enclosed children’s area and teen room. The remodel also features additional study rooms, conference rooms and 240-person meeting space.

PGAL of Austin worked as the project architect and JE Dunn Construction of Austin served as the project contractor. The city said work on the library expansion and remodel was completed within budget and the new facility was opened on May 24.