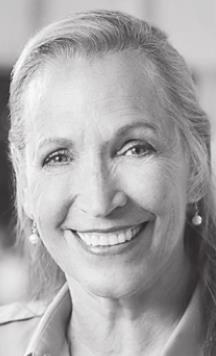 Rotary District 5840 Governor Kristy Vandenburg visits the Rotary Club of San Marcos on Sept. 22. She will meet with club board members at 11:15 a.m. and then speak to the entire club after lunch. The club meets at noon on Wednesdays at the Holiday Inn — Convention Center, 105 Bintu Drive, San Marcos.

Vandenburg graduated from the University of Michigan with a degree in education. Shortly after graduation she began working for the American Red Cross. She served the Red Cross in Michigan, New York, Houston and Kerrville. She retired in 2013, after 37 years with the Red Cross.

In 2014, Vandenburg became Executive Director of The Ultimate Gift of Life Foundation, a new non-profit that recruits registered organ donors in Texas and throughout the United States.

Vandenburg joined the Rotary Club of Kerrville in 2008. She served on the club’s board of directors and as its president. She also serves on the Kerr County United Way Board of Directors. She lives in Kerrville.

Rotary District 5840 includes 57 clubs in South Central Texas with more than 2,000 Rotarians. Rotary is nonprofit, nonpolitical and nonreligious. Visitors are welcome at meetings.