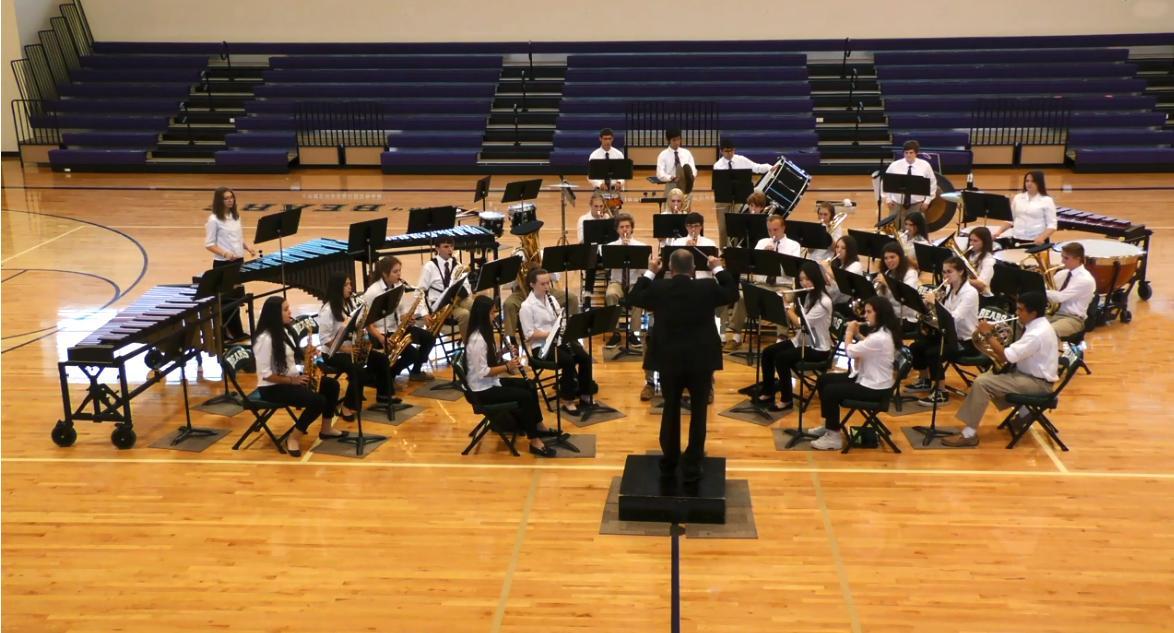 San Marcos Academy’s Concert Band performs for the TAPPS state competition at the end of April. Their efforts resulted in a second place finish among 4-A schools. Screenshot via San Marcos Academy

San Marcos Academy’s Upper School Band earned the TAPPS 4A State Championship Runner-Up Trophy for their superior performances in a series of virtual contests in April.

Band members hauled in a total of 44 gold medals for their solo and ensemble performances, which were submitted to TAPPS on video for adjudication. The concert band, under the direction of Randy Leifeste, then earned a 1st Division “superior” rating for their performance, also submitted on video. The point total from all the results landed SMA in second place among all the participating 4A schools.

For Academy musicians, 2020-21 was a year of adaptation due to the pandemic. During rehearsals, band members were spread out across every inch of their practice room to achieve maximum distancing and bell covers were applied to all wind and brass instruments to prevent the spread of germs. Even the annual Christmas concert, a highlight of the year in normal times, was virtual rather than live.

For their final contest performance April 29, the band invited parents and faculty for a socially-distanced “live” concert that was video recorded by Marcus McDonald of Snap 512 Photo+Video. The program, which included “Blalock Canyon March,” “Tanchozuru” and “Byzantine Dances,” was then sent to TAPPS for adjudication, resulting in superior ratings from all the judges.

Earlier in April, the band prepared recordings of 28 solo and ensemble performances for the TAPPS competition. All participants earned at least one state gold medal, while 12 earned two gold medals and two students, Catarina Vazquez and Josh Okikiolu, earned a trio of gold medals.

Accompanists for the band were Kayla Livingston and Mrs. Jody Bagley-Leifeste.

The Bear Band won the state championship in 2019. The contest was canceled in 2020 due to the pandemic.