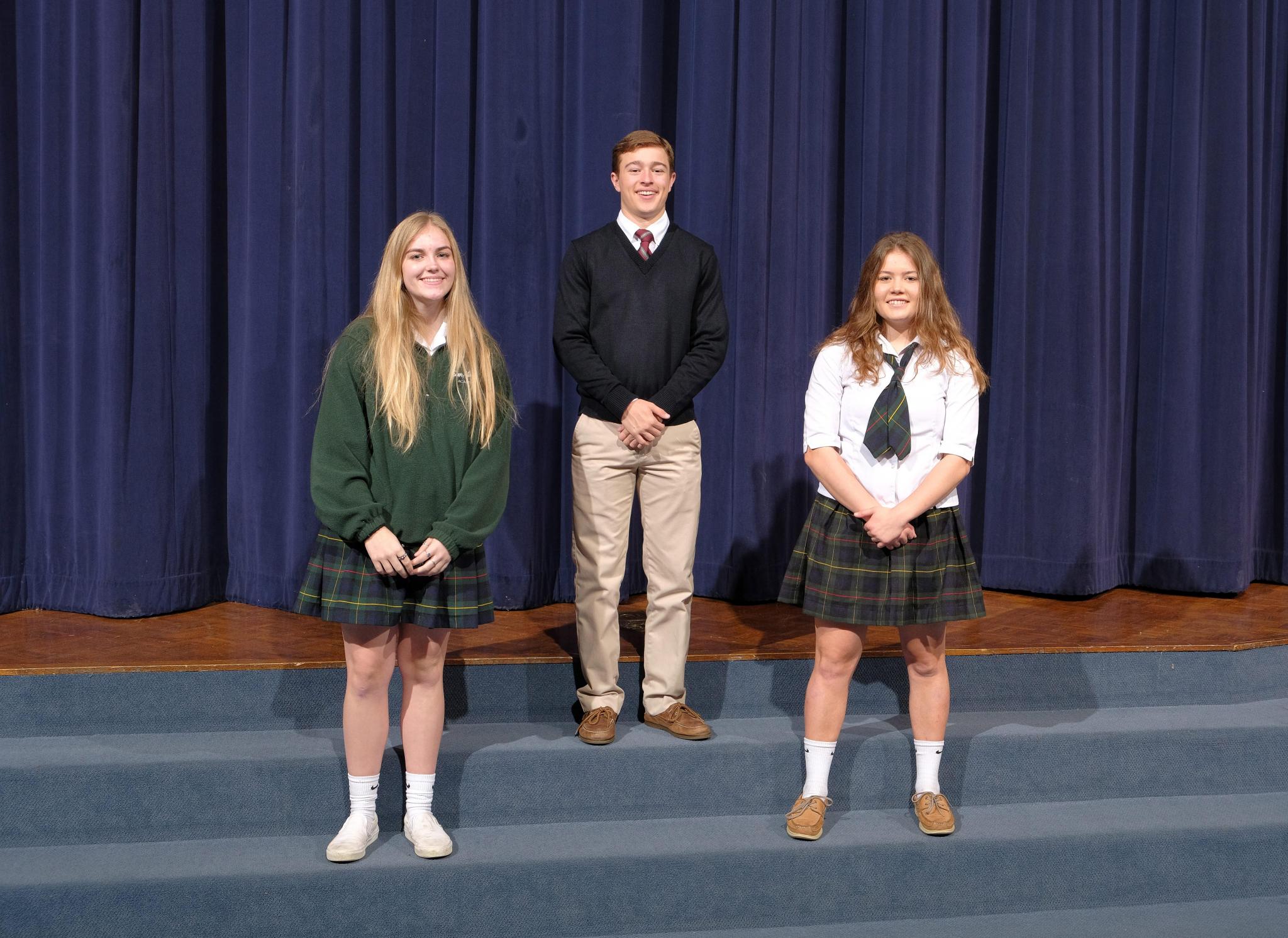 Above, recipients of the San Marcos Academy Alumni Scholarship for the 2020-21 school year are Belle Cummings, Mitchell Howard and Arden Moczygemba. The annual awards were presented recently at a school assembly. Below, joined by Mrs. Cecilia Peña, junior Conner Irwin was presented the Captain Paul W. Peña Memorial Scholarship at San Marcos Academy on Jan. 19. Photos by Marcus McDonald 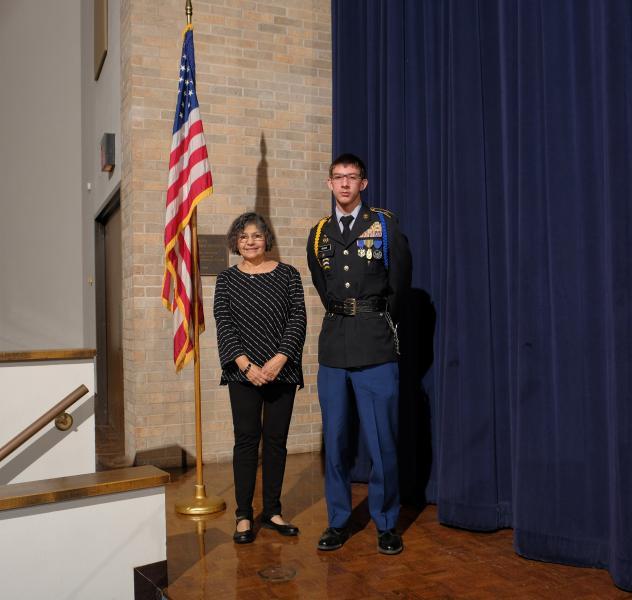 A Cadet Sergeant Major in the SMA Corps of Cadets, Irwin is a member of the Academy band, the Student Ambassadors, and the track and cross country teams. He is the son of Victoria and Michael Irwin.

Irwin is the 11th student to receive the Captain Paul W. Peña Memorial Scholarship since it was established at the Academy by family and friends of Captain Peña following his death. A 2000 graduate of SMA and a 2004 graduate of the United States Military Academy at West Point, Peña was killed in action in Afghanistan in January 2010.

Paul’s mother, Cecilia Peña of Kyle, assisted with the presentation of the scholarship, which is awarded each year to an upper school student who, like Paul, demonstrates loyalty, integrity, and leadership qualities representative of Academy values.

Three additional students were also recognized Jan. 19 as co-recipients of the Academy Alumni Association scholarship. These scholarships are awarded by the Alumni Council each year to legacy students who demonstrate excellence in academics, character, and leadership.

The first recipient was Arden Moczygemba, a senior boarding student from Floresville. A second generation Academy student, she is the daughter of Christi Carmen Moczygemba, SMA Class of 1991, and Rob Moczygemba. Arden has attended SMA for six years and is active in band, volleyball, softball, and FCA.

The final scholarship recipient was sophomore Mitchell Howard, son of Mattie Howard and 1988 SMA graduate Mac Howard of San Marcos. A fifth-year SMA student, Mitchell is sophomore class president as well as Alpha Company Commander in the Corps of Cadets. He is also a member of Student Council and National Honor Society and has participated in football, baseball, track, and band.