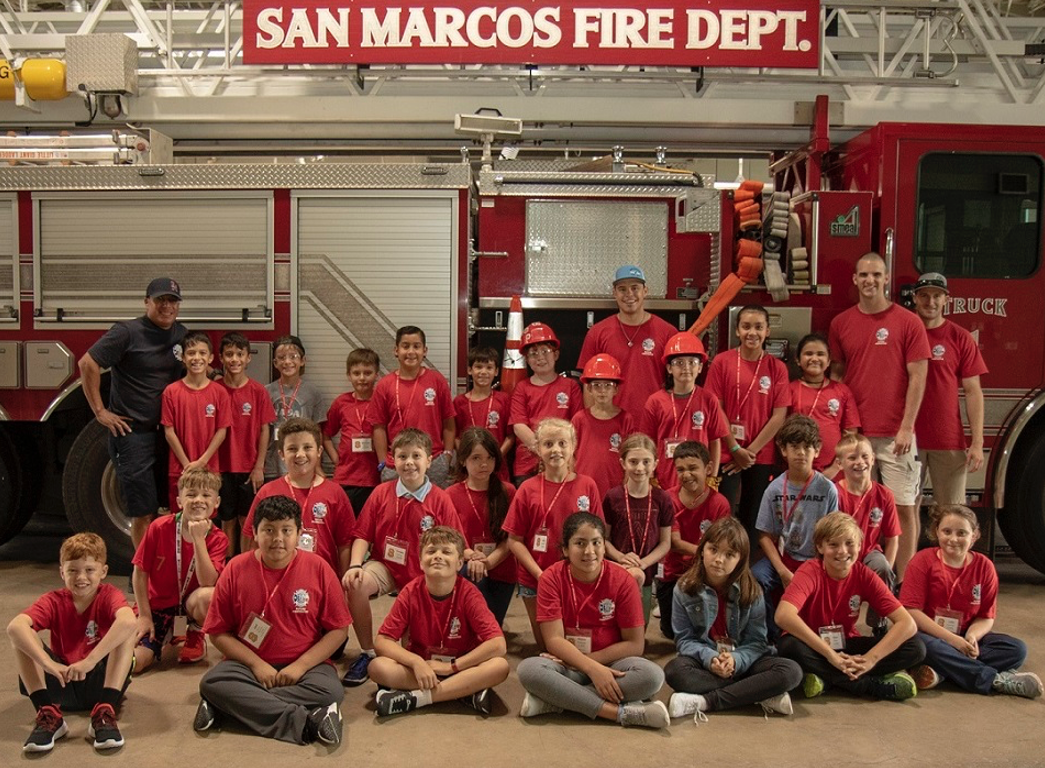 Two members of the San Marcos Fire Department were honored with awards from the Texas Fire Chiefs Association during its annual conference on April 6 in College Station. Above, SMFD Capitan. Louis Gonzales poses for a photo with a group of junior Fire Cadets during a previous SMFD Junior Fire Academy. Photo courtesy of the City of San Marcos

Two members of the San Marcos Fire Department were honored with awards from the Texas Fire Chiefs Association during its annual conference on April 6 in College Station.

Gonzales developed the program as part of his promotional project, which is required by SMFD whenever a member promotes to a higher rank.

“He had a vision and a plan for a program that would teach kids about fire safety, explore a possible career choice and interact with positive role models in the community,” Chief Les Stephens said. “His project was immediately approved.”

Gonzales worked with other members of the department for more than a year to plan and coordinate leadership lessons and hands-on activities for the program. Campers are given the opportunity to practice everything from first-aid skills and CPR to thermal-imaging rescue and vehicle extrication techniques.

The first Junior Fire Academy welcomed 22 campers between the ages of 8 and 11 in the summer of 2016. Since then, it has grown into two week-long sessions that serve 24 campers each. To encourage more students to pursue careers in the fire service, Gonzales intends to expand the program to include middle and high school-aged campers.

“Captain Gonzales’ passion for teaching and helping kids is something very special,” Stephens said. “He is an outstanding example of the best the fire service has to offer.”

Cisneros was honored with the Texas Fire Chiefs Association’s President Award. Over the last year and a half, Cisneros has helped the association with program planning and development, administrative and marketing functions and branding and promotion.

“The Texas Fire Chiefs Association has been short staffed, so we’ve leaned heavily on Kim’s expertise and guidance,” Stephens said. “We’re grateful for all of the work she’s put in to support our efforts throughout the last several months.”

Candice Parker of the Buda Fire Department also received the President Award for assisting the association with numerous items, including website design and maintenance and the implementation of a new membership tracking platform.