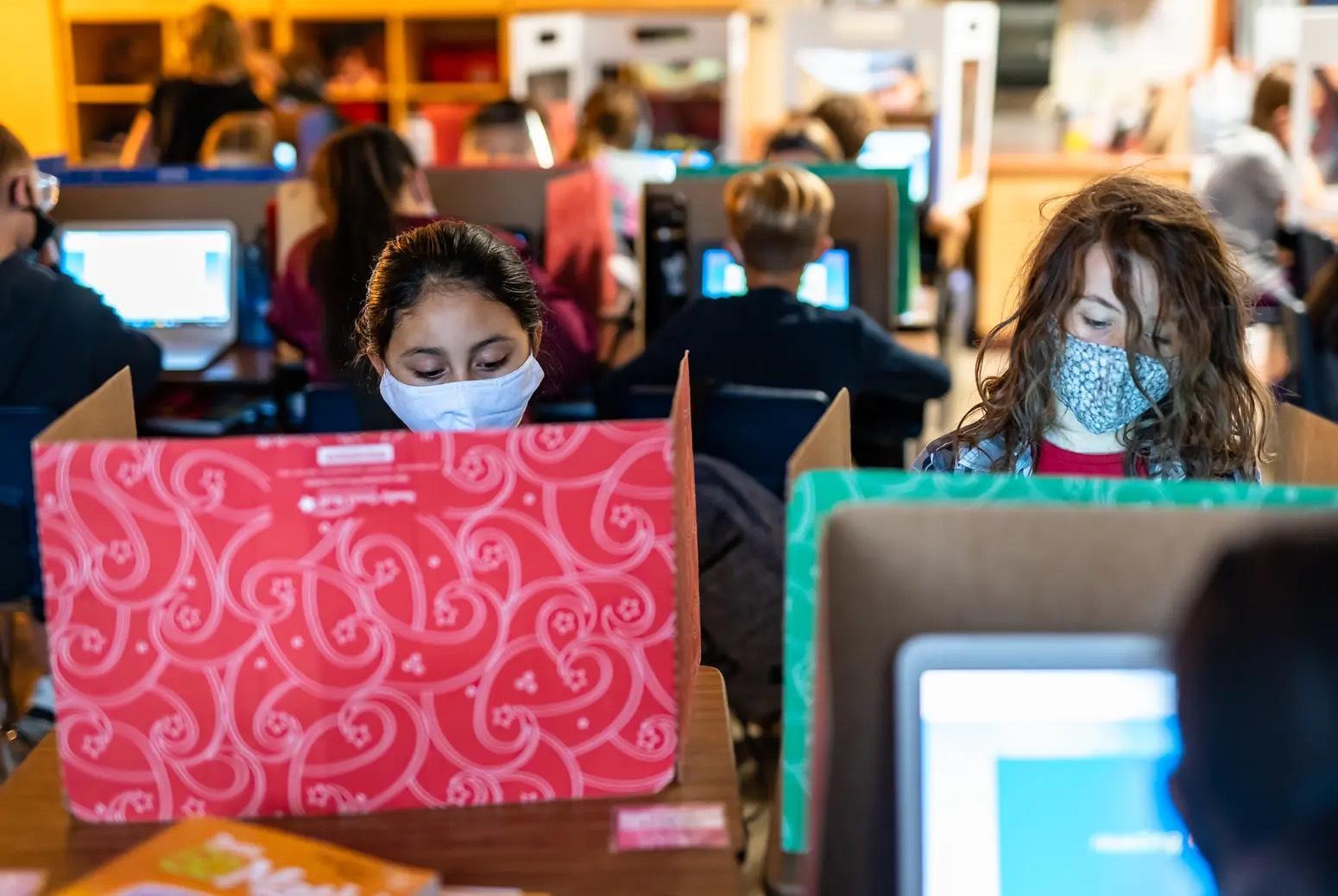 Fifth graders at Jacob’s Well Elementary School in Wimberley during a reading exercise. Jordan Vonderhaar for The Texas Tribune

The Texas Supreme Court on Sunday temporarily blocked mask mandates in Dallas and Bexar counties, marking a pivotal moment in the showdown between state and local government as coronavirus cases and hospitalizations surge in Texas.

The ruling comes after several school districts and a handful of counties across the state defied Gov. Greg Abbott’s executive order that restricted local entities from instituting mask mandates. On Friday, the 4th Court of Appeals in San Antonio upheld a lower court ruling that permitted Bexar County to require mask-wearing in public schools. Shortly after, the 5th Court of Appeals in Dallas upheld a more far-reaching order from Dallas County Judge Clay Jenkins that required masks in public schools, universities and businesses.

In a petition for a writ of mandamus to the Texas Supreme Court, Texas Attorney General Ken Paxton’s office said the Texas Disaster Act of 1975 gives the governor power to act as the “‘commander in chief’ of the state’s response to a disaster. Attorneys representing cities and counties that have sued Abbott over his executive order have argued that his orders should not supersede local orders.

Fueled by the highly-contagious delta variant, hospitalizations have increased across the state at a pace quicker than any other point during the pandemic. Less than half of the state's population is fully vaccinated.

Recently, the U.S. Centers for Disease Control and Prevention released guidance recommending universal masking for students and school staff. With children 12 and younger not yet cleared to receive the vaccine, some teachers and parents in Texas have expressed worry that not instituting mask requirements could contribute to spread of the virus as the school year gets under way.

That led some of the largest school districts in the state — Austin ISD, Dallas ISD and Houston ISD — to require masks, despite Abbott’s order.

On Friday, a judge granted temporary permission to Harris County and several other Texas school districts to implement masks requirements. A judge in Tarrant County, meanwhile, granted a temporary order preventing Fort Worth ISD from requiring masks after four parents pursued a restraining order against the district, according to the Fort-Worth Star Telegram.

This article originally appeared in The Texas Tribune at https://www.texastribune.org/2021/08/15/texas-coronavirus-supreme-court-school-mask-mandate/.