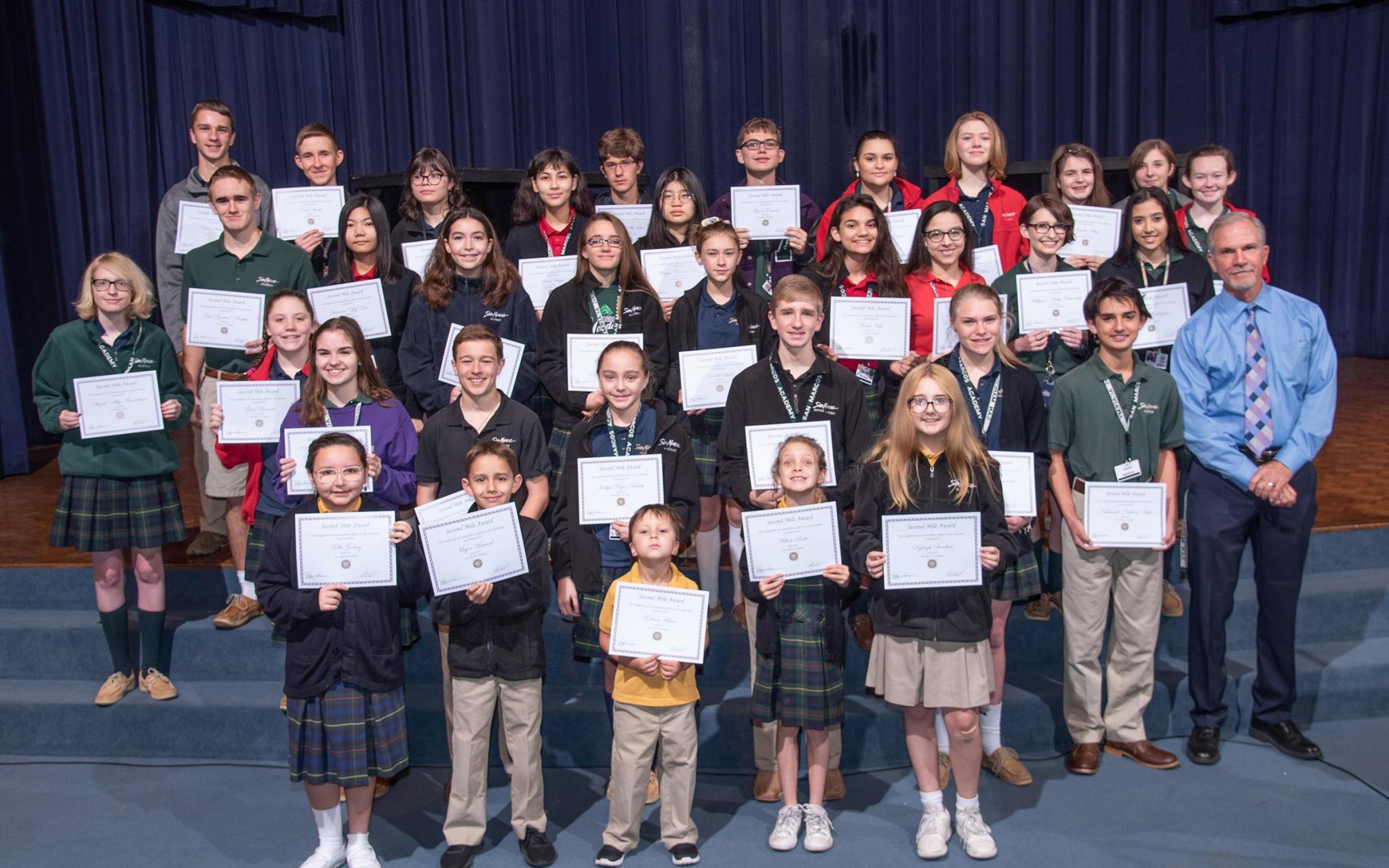 San Marcos Academy students who have gone the “extra mile” in their classroom effort were recognized Jan. 22 during a chapel assembly.

A total of 34 students received the Second Mile Award for demonstrating outstanding effort during the fall semester. The award is based on teacher recommendations.

The Second Mile Award was established at the Academy 36 years ago to recognize students who go above and beyond what is generally expected in the effort they put forth in the classroom. The award is presented each semester.