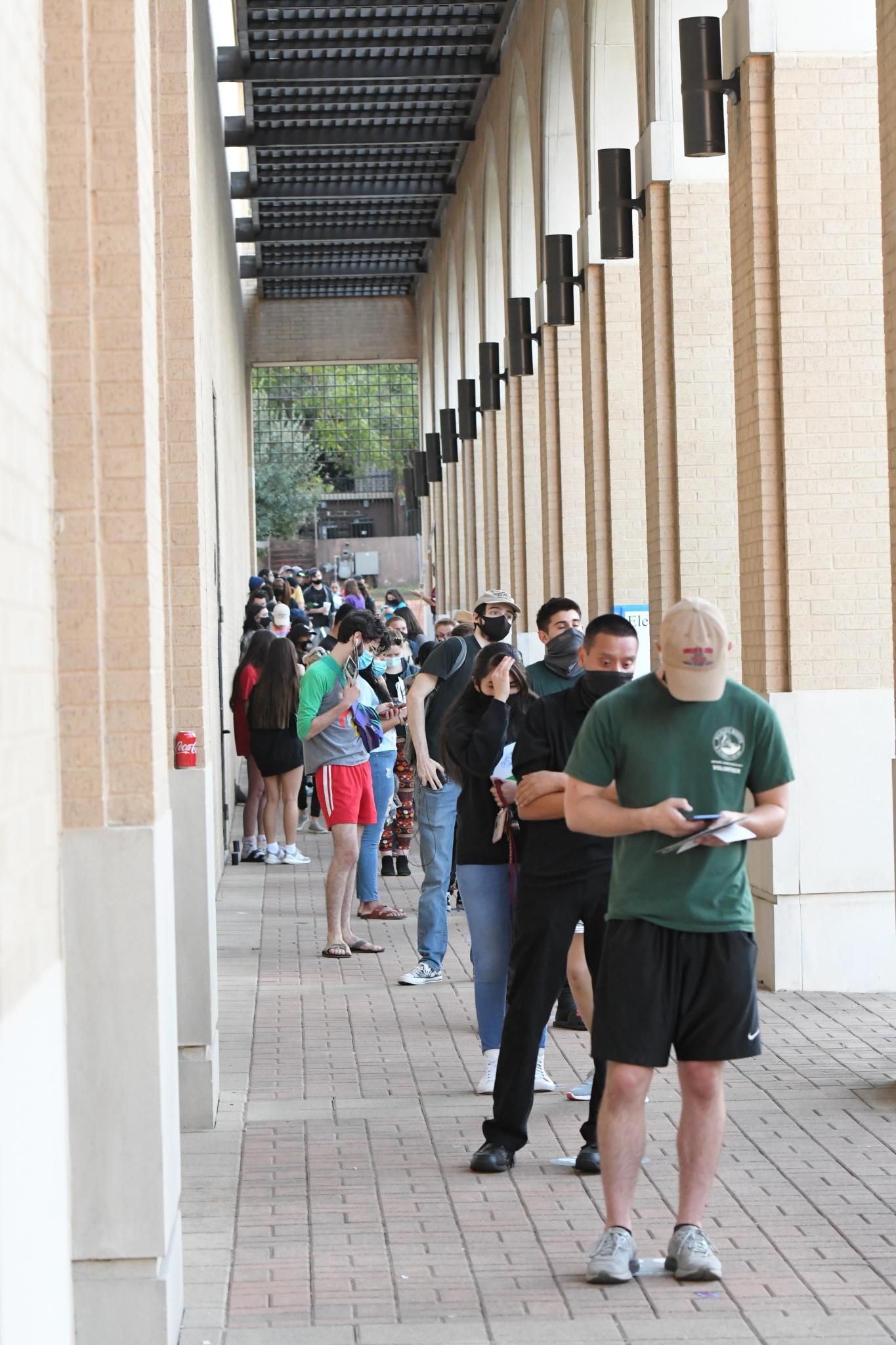 Hays County saw historic turnout with nearly 110,000 voters casting their ballots in the general election. Above, Texas State students and San Marcos residents wait in line at Texas State's Performing Arts Center to vote during Election Day on Nov. 3. Daily Record photo by Gerald Castillo. Below, a long line was seen as the polls opened on the first day of early voting on Oct. 13. Daily Record photo by Lance Winter.

Editor's note: This story is part of a series highlighting standout moments in 2020.

The year 2020 was a standout year in many ways and voter turnout was certainly one of them.

In order to let their voices be heard this year, voters battled concerns of an infectious disease, fears from claims of an underfunded United States Postal System and, unfortunately, worries of political violence.

Extended early voting ordered by Governor Greg Abbott also aided in spreading out the risk of contact at polling locations.

An unresolved investigation into vandalism of the San Marcos Post Office’s drop box didn't stop 12,454 residents from voting by mail.

Another investigation by the FBI and the San Marcos Police Department into a collision that occurred between a Biden campaign bus and a “Trump Train,” still did not stop Hays residents from voting. 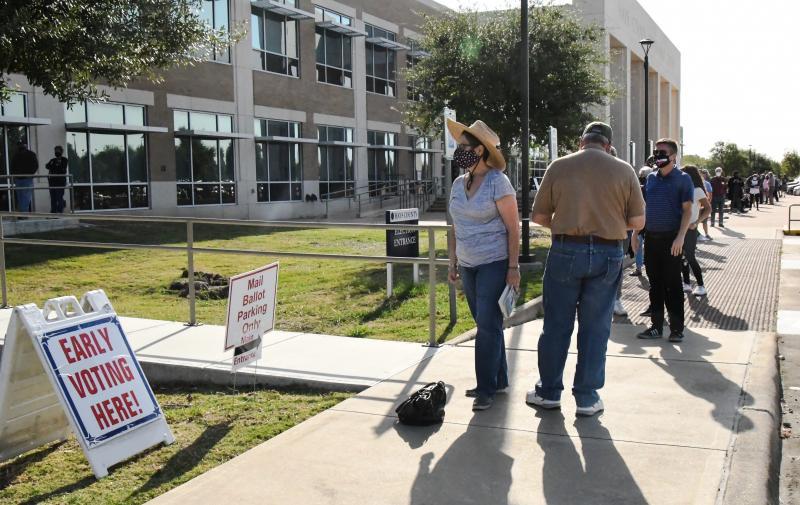 In fact, despite all these potential impediments, the county saw record voter turnout in the 2020 General Election at 71.58%, the highest since 1992 when there was 75.62%.

The county also had historic early voting turnout at 55.9% after 97,629 voters cast their ballots early. Only 44.5% of registered voters voted early in the 2016 presidential election.

Hays County continued to vote blue after its flip from purple in 2018 in all but one state level race; at the local level, conservative candidates see more support.

“We turned Hays County blue in '18, which was a real accomplishment, we worked really hard for that midterm designation,” said Hays County Democratic Party Chair Donna Haschke. “We registered probably 30,000 more people to vote in the last two years and increased voter registration immensely. We worked really hard and maintained blue status. We hoped it would trend that way and I believe it has.”

Hays County Republican Party Chair Bob Parks said, “We had some candidates that worked really hard and that’s why they got elected. Other candidates worked just as hard and weren’t as lucky. We are not discouraged. I think in some cases the Democratic people that got elected are awfully good folks and I look forward to working with them.”

With the reelection of state representatives Erin Zwiener and Judith Zaffirini, Hays County continued its all female representation in the state legislature as Donna Campbell remained in the senate and was not up for reelection.

While many Democratic candidates won their races within the county, many were not victorious in the end.

The exception to this trend within Hays County is the race for U.S. Representative, District 25 where Republican incumbent Roger Williams won 56.95% of the vote and Democrat Julie Oliver won 40.94%.

Hascke explains that this race encompasses only the Western corner of Hays County in Wimberley and Dripping Springs, which trend more Republican.

Races for city council, constables and county commissioners were mixed between both parties, as expected due to varied representation by precinct and municipality.