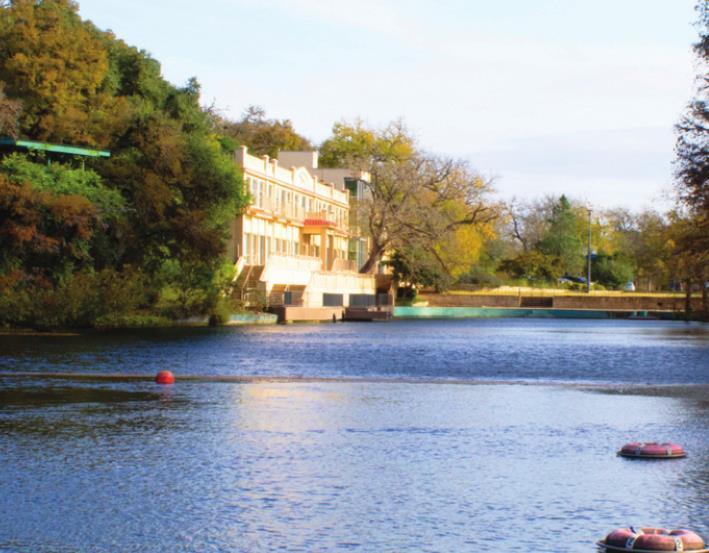 Texas State University recently renewed its habitat conservation pact with the City of San Marcos and the Edwards Aquifer Authority. Above, The Meadows Center for Water and the Environment Daily Record file photo

The seven-year contract is a renewal of the agreement established in 2012 with the implementation of the EAA Habitat Conservation Plan Program for the San Marcos River. The program is required by the federal Endangered Species Act. Under the life of the contract, Texas State will be reimbursed up to $2.8 million by the EAA through the city for removal of non-native plants such as hydrilla, Texas wild rice enhancement, removal of floating plants and management of key recreation areas.

"Texas State and San Marcos are Edwards Aquifer groundwater permit holders. Between the city and the university, we manage the San Marcos Springs and both manage parts of the river as it flows through campus and town," said Robert Mace, director of The Meadows Center at Texas State. "A big part of the habitat conservation plan is management of the aquifer. All of us are subject to pumping restrictions during droughts, but because we have control of the spring headwaters and the river, we're also leading restoration of the habitat for the endangered species, which includes removing invasive species."

The renewal of the agreement will enable The Meadows Center and the Department of biology to continue the removal of invasive species and manage vegetation and habitat throughout the system. Texas State students will gain hands-on experience working on the river with endangered species and restoring habitat.