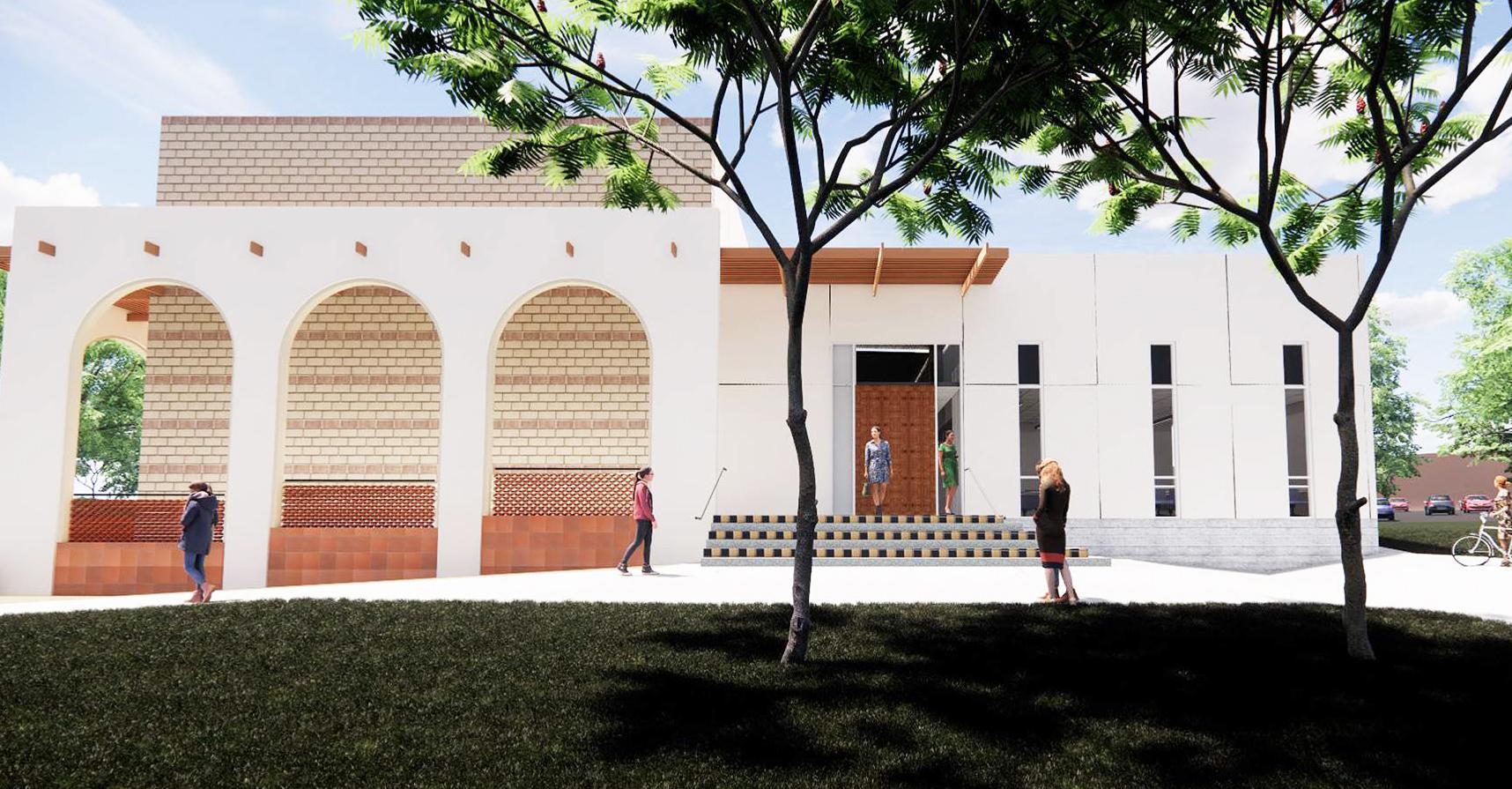 Texas State stated that the building is a response to its growing film program in the Department of Theatre and Dance, adding that theatre enrollment has increased 53% over the past five years. The university said Live Oak Hall will allow Texas State to meet growing demand for the film concentration.

Additionally, Live Oak Hall provides the School of Journalism and Mass Communication a dedicated television studio for the first time. The university added that the School of Journalism and Mass Communication has previously rented studio space from Alkek Library to teach video production and television news courses. Texas State’s new television studio will help it maintain its stature as a professionally accredited program, the university said.

Texas State’s new television studio will also serve as the home of "Bobcat Update," an award-winning and campus-oriented newscast produced by students who major in electronic media. Sports and interview programs will also be produced in the new studio.

Live Oak Hall’s film sound stage and television studio will both be equipped with green screen technology. The sound recording classroom will feature technology for both theatre and film sound design, including full surround sound capabilities, an isolation sound recording booth and the opportunity to employ a full array of sound effects. The television studio will feature broadband fiber for live broadcast streaming.

Texas State said it will be able to create a program that feeds both the curriculum curricular demands of students and the industry that will hire them, “San Marcos is situated between Austin and San Antonio, two cities with vibrant independent film communities where film graduates are in demand. With the advent of digital streaming platforms such as Netflix, Amazon Prime, Disney+ and Hulu, the global demand for graduates with both creative and technical skills will continue to rise.”

Project architects are the Lawrence Group, with offices in Austin and New York, which specializes in higher education and media/broadcast studios.

Live Oak Hall is expected to be operational by fall 2022.