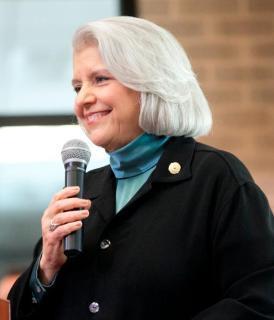 Hays County will continue to be a part of Senate District 21, represented by Senator Judith Zaffirini, D-Laredo following the completion of the redistricting process for the Congressional, Texas Senate, Texas House and State Board of Education maps.

Zaffrini’s district now includes 69% of Hays County, which is a significant increase from the 31% previously included.

“Because every state senator represents an average population of 940,178, our districts are bigger than those of the U.S. Congress and Texas House of Representatives,” Zaffirini said. “Our SD 21 community of interest is defined by an inverted ‘T.’ It stretches along IH-35 from Travis-Hays-Bexar to La Salle and Webb counties and from Dimmit to Starr along the Texas-Mexico border. We share priorities including those related to education, health and economic development.”

Hays County also shares many cultural, ideological, cultural and geographic features with other counties in SD 21. Uniting these communities of interest empowers residents to elect the candidates of their choice and increases their influence in the Legislature.

“I am delighted to continue representing Hays County within the community of interest defined in 2011,” Zaffirini said. “Because higher education is among my highest priorities and as a member and former Chair of the Senate Higher Education Committee, I’m delighted that Texas State University is in our district.”

On Nov. 13 she filed for re-election in the newly redistricted SD 21, which will be home to 907,932 Texans and span 16 counties stretching from the Rio Grande to the Colorado River.

Zaffirini is the first Hispanic woman elected to the Texas Senate, the second-highest ranking senator and the highest-ranking woman and Hispanic senator. votes and has had perfect attendance in the Texas Senate since 1987 with the exception of breaking quorum deliberately to prevent an untimely re-redistricting that the U.S. Supreme Court (2006) ruled violated the Voting Rights Act and disenfranchised voters.

During the last regular legislative session, she passed 106 bills through the Legislature, making her the highest bill-passer for the fourth consecutive session. Zaffrini has passed more bills than any other legislator in Texas history. agonzales @sanmarcosrecord.com