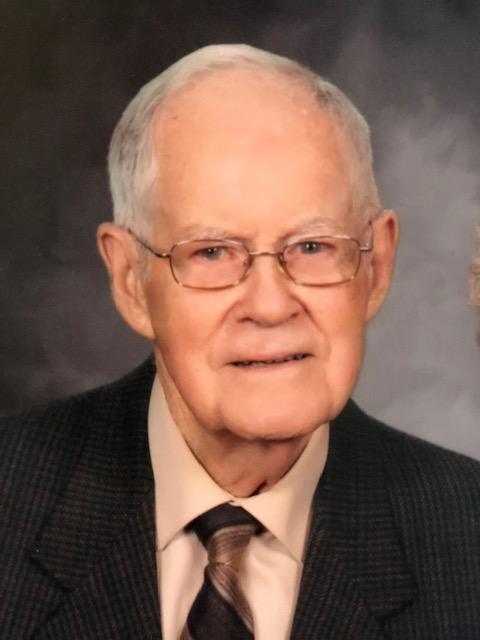 He was preceded in death by his parents, two sisters Dora Thompson Jones and Mary Thompson Fouts, and two brothers James William (Bill) Thompson, Jr. and Robert (Bob) Benjamin Thompson. He is survived by his wife Marguerite Bauerschlag Thompson and his two children.

Ed’s love for music started at a very young age. He sang in numerous chorales and loved playing the organ. A favorite Carolina memory included attending the well-known Adirondack Music Center at Saranac Lake in New York in the summers to enhance his music career.

College years were busy with Phi Kappa Sigma Fraternity. As fraternity brothers, they attended Saturday night football games, social events, and many dances with various sororities. His days and weekends were filled with music and singing in the choir of First Presbyterian Church and Columbia Choral Society. Ed was a member of American Pharmaceutical Association, American Guild of Organists Student Group, and Westminster Fellowship. As a pharmacy student, one of his highlights was a Pharmacy trip to Eli Lilly Pharmaceutical plant with some elite pharmacy students.

After graduating in 1951 from The University of South Carolina with a BS in Pharmacy Degree, Ed continued the family tradition, like his brother Bill and Bob, of serving our country by joining the US Air Force. Ed was stationed at Gary Air Force Base in San Marcos.

While Ed was the pharmacist at the Gary Air Force Base, he continued pursuing his music passion. Ed met Marguerite while he was ‘hanging around’ the SWT music department. Marguerite was dating someone at the time. However, Marguerite’s voice teacher told her she needed to meet this guy. (Ed) Her voice teacher ended up marrying Marguerite’s old boyfriend! It is quite the story!

After several years of ‘courting’, Ed and Marguerite were married on a hot summer day on August 21,1954. They spent their honeymoon traveling to Camden, South Carolina to meet Ed’s mother for the first time.

During Ed and Marguerite’s first year of marriage, Ed finished out his last year of service at the USAF Hospital Pharmacy. Ed started working for Hillburn’s Pharmacy and Miller’s Drug as a relief pharmacist until Ed and Marguerite opened their own Thompson’s Pharmacy in 1964. 705 West Hopkins Street in San Marcos was the perfect location, joined to Dr. Elliot and Dr. Talent’s doctor’s offices. Ed helped 1000’s of people with their medical needs for over 19 years. Marguerite was the behind-the-scenes bookkeeper and office manager. Ed’s children, Edward and Mary, worked part time after school as medicine delivery and cleaning. After selling Thompson’s Pharmacy in 1983, Ed helped with numerous pharmacies doing relief work for the full-time pharmacists.

Ed always found time for his passion for music. He played the organ, the piano and directing the choir at the First United Methodist Church for over 33 years. One of his favorites to direct was Handel’s Messiah. After retiring from the Methodist church, Ed was the interim organist for 7 years for the Presbyterian Church down the street.

His children would tell you that their Daddy always made a way for them to live out their dreams. He learned the country life as we started raising cows, steers, and heifers. We entered stock shows and rodeos. We baled hay, fixed barb wire fences, vaccinated cows, and worked in the hot sun. These are precious memories that formed character in both Edward Jr. and Mary that will be forever cherished.

Ed, (Grandaddy by all the grandkids), loved his grandchildren very much. He would play football and basketball, swim like a fish, hike in Colorado, and help them catch fish. He also left a legacy of love for music and art. He even helped Marguerite homeschool so their parents could have a break.

Ed and Marguerite loved to travel when they could get away. They explored Italy, Spain, Hawaii and Mexico. They enjoyed an Inland Passage Cruise in Alaska. They both loved vacationing with the grandkids in Colorado and cruising the Caribbean for their 50th wedding anniversary. Their marriage and commitment to each other and to the Lord was a testimony to all. They taught their children about love and respect, about an excellent work ethic, family is always first, and service to others. As Ed and Marguerite grew old together, Ed battled with dementia and Marguerite was his primary care giver. As a family, we witnessed how much they loved one another and served each other. Always.

Ed left his legacy that will always be remembered. He stewarded his gifts from the Lord beautifully. His love of music, love for his wife, love for his family, and love for his church will continue for generations to come.

The Thompson family appreciates the love and support of the church family and the neighbors on Mimosa Circle. The family also wants to thank Francis Sierra for caring for Ed and Marguerite. We are thankful for Sage Springs Memory Care Givers that loved Ed until his last breath. Thank you, Magnolia Hospice, for walking with us during his last days.