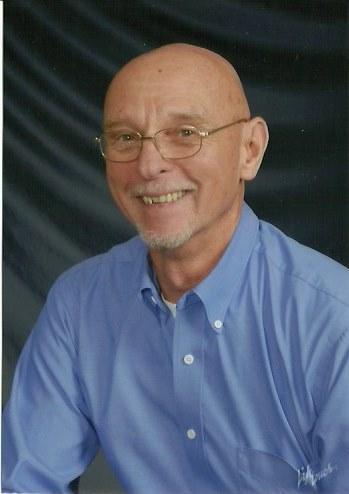 After a long bout with cancer, James Spurgeon Scarborough IV passed away on Monday, July 30, 2018 at the age of 76 in San Marcos, TX. He was better known as Dad, Papaw, Jim, Jimmy, Jimbo, or Barkley.

Jim was born on July 19, 1942 at Randolph Air Force Base in San Antonio, TX. He was preceded in death by his parents, Jim Scarborough III and Martha Berg, step-father Julius Berg and his brother Larry Scarborough. He is survived by his wife of 52 years, Jane Scarborough, daughter Erin Scarborough, son James and Missy Scarborough, grandchildren Zachary, Tyler and Hayden Scarborough, his aunt Barbara and Laverne May, his sister Sheri Scarborough and many cousins, nieces and nephews.

Jim graduated from Texas A&I University and served as a field biologist for the Alaska Fish and Game department, served over 20 years as a law enforcement officer for the Texas Parks and Wildlife Department and Kenedy County Sheriffs office and served over 15 years as a teacher and high school/junior high counselor in the Raymondville, Texas Independent School District. Some of the more notable programs for which he volunteered include the Court Appointed Special Advocate program (CASA), the Raymondville Youth Service Project (founder), AFS-USA: AFS Intercultural Program, United Methodist Youth Foundation, Kairos Prison Ministry, Chrysalis and Emmaus.

Music always played a significant part in Jim’s life. He sang in his high school choirs, in the Texas A&I choir, the Texas A&I Madrigals, and in church choirs and contemporary praise teams wherever he lived. One of his favorite past times late in life was photographing many of the talented musicians that passed through Cheatham Street Warehouse in San Marcos, TX.

In lieu of flowers, the family asks that you consider a donation in honor of Jim (or Dad, Papaw, Jimmy, Jimbo or Barkley) to CASA, Cheatham Street Foundation or a charity of your choice.

Jim always strived to be the champion of the underdog and lived his life.