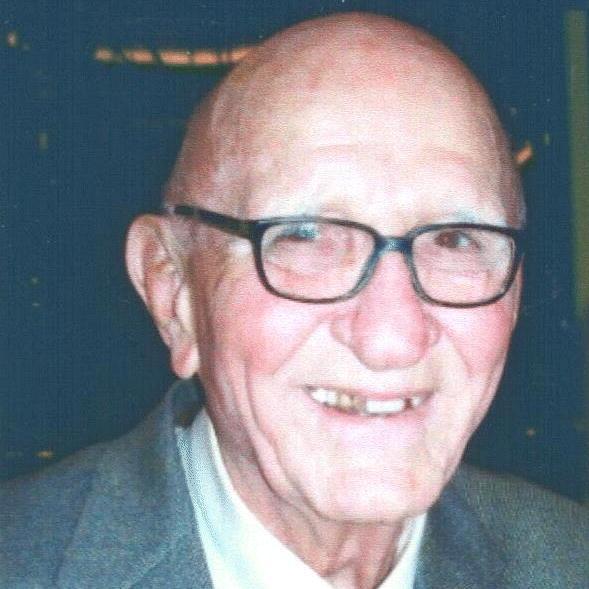 Joseph was born on Dec. 22, 1921 in Sedan, New Mexico to John William and Jennie Winnie Elrod. The family moved to Sweetwater, Texas when Joe was six. After graduation from Sweetwater High School in 1939, Joe attended Abilene Christian College his freshman year and Texas Tech his sophomore year, playing competitive tennis at both schools.

In December of 1941, Joe married Christine McLeod of Trent and they moved to Lubbock, where Joe enlisted in the Army Air Corp on June 16, 1942. He quickly attained the rank of Sergeant because of his early entry into the Army before the U.S. fully engaged in the war. Joe and Christine attended Broadway Church of Christ with many other ACC people.

After two years in Lubbock, he was transferred to Dodge City, Kansas, working on the B-26, gaining flight status and the rank of Buck Sergeant. Joe later worked on the B-25 and the A-26 in Frederick, Oklahoma. Joe was transferred to Hickam Field in Hawaii in September of 1945. He returned home on the aircraft carrier Saratoga and was discharged in January of 1946 at Ft. Bliss, Texas.

Joe and his two brothers, J.W. Jr. and David were given the furniture store in Big Spring by his father after the war. In 1954, Joe sold his share to his brothers and the family, Gloria, 9, and Charley, 5, moved to San Marcos, where he and Christine would finish college at Southwest Texas State Teacher College. They both taught school in San Marcos and later he worked at Gary Job Corp and Canyon High School in New Braunfels. Lisa was born in 1958 and Canyon Lake was the Elrods’ home for 30 years before moving to Abilene.

Joe and Christine loved to travel. For several years, they belonged to a trailer travel group, which included friends from ACC. They took each of their grandkids on a cruise and other travel destinations included Great Britain, Europe, the Caribbean and return trips to Hawaii.

Gloria accompanied her parents on Christine’s last cruise in 2005 before she succumbed to cancer.

A special thanks goes to Ruth King for her caring friendship for Joe and his family during his latter years.

In lieu of flowers, donations in Joseph’s name can be made to a Children’s Home of your choosing.

Condolences may be offered to the family online.