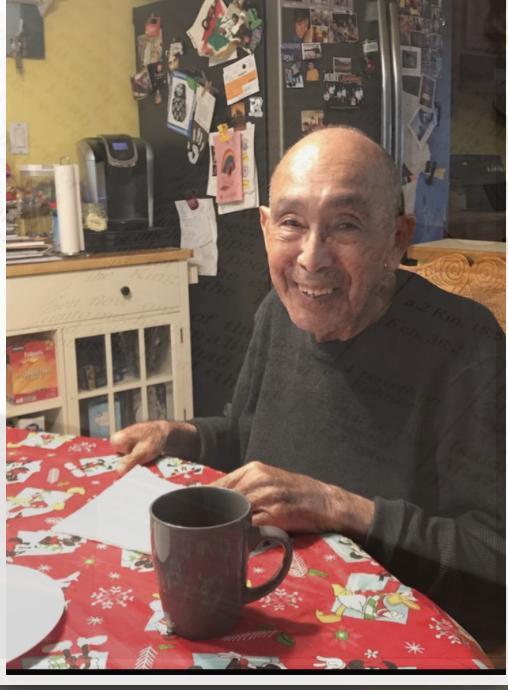 Our beloved Lorenzo S. Martinez, age 87, resident of San Marcos, Texas was called by our Heavenly Father on Friday, February 19, 2021.

If you ever walked into Casa de Don Lorenzo, you would always see him sitting at a little table on your left hand side.  When asked how he was doing he would always reply, “Encantado de la vida!! Aqui andamos y no me quier ir … vamanos!”  He was a hard working ambitious man with a lot of character, wit and patience.  He fulfilled his dreams by opening his first restaurant L.S. Martinez Tortilla Factory on Alamo street , He then relocated to Thorpe Lane, After several years he relocated to Martin Luther King Drive where he opened J & L Mexican Restaurant after a decade, he sold his restaurant  to his daughter, who named it Casa de Don Lorenzo, in honor of her father.

He will be greatly missed … see you at the restaurant in the sky!

The family wishes to express a special and heartfelt thank you to Vita Hospice, Heidi, Cher, Luz and Sherri.